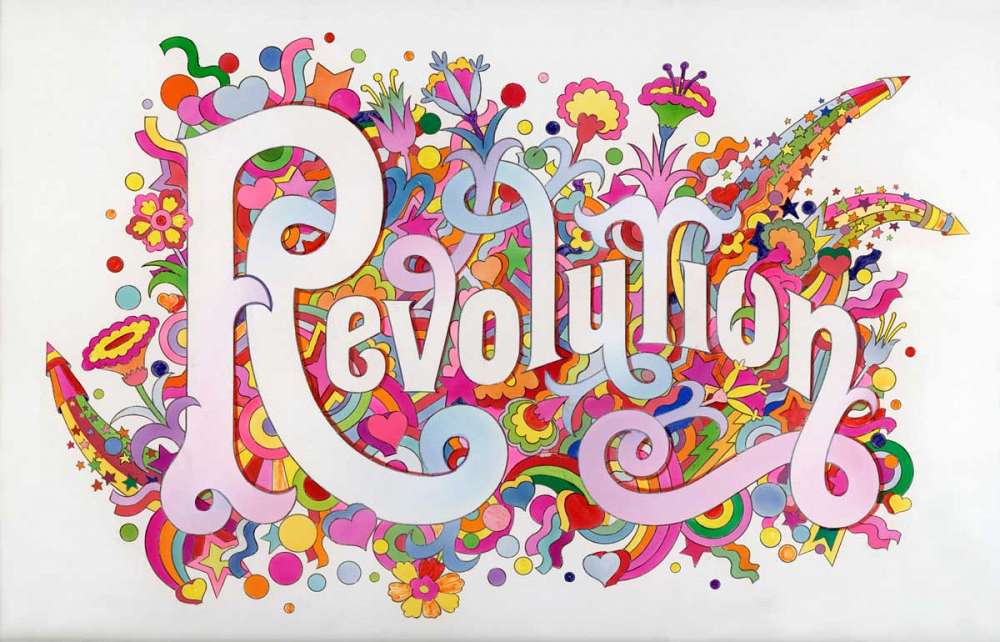 Taking its title from the famous and apt 1968 Beatles song, this major V&A exhibition, You Say You Want a Revolution: Records & Rebels 1966-70, explores the era-defining significance and impact of the late 1960s. The show will focus on the optimism, ideals and ambitions of the late 1960s, expressed through music, fashion, film, design and political activism.

The exhibition, which will run 10 September 2016 – 26 February 2017, will feature more than 350 objects covering photography, posters, literature, music, design, fashion and performance to communicate the ethos of a youth culture that embraced optimistic idealism, examined existing power structures and whose actions resonate in contemporary life.

The highly immersive and atmospheric show will be divided into six sections, beginning with a recreation of London’s Carnaby Street, exploring revolution in youth identity in 1966. This was the year Time magazine christened London ‘The Swinging City,’ reflecting its extraordinary rise as a cultural hub for fashion, music, art and photography. Clothing from Mary Quant and Mr Fish will be accompanied with photographs by the likes of David Bailey and Terry O’Neill, alongside images of Michael Caine and Twiggy, all backed with songs by The Kinks, Beach Boys and Martha Reeves and the Vandellas. Films including Blow Up (1966) and Alfie (1966) will be shown.

Highlights on display throughout the six sections will show the creative, social and legal outputs of revolutionary new ways of living. They will include underground magazines from Oz to the International Times; a shopping list written behind barricades during the 1968 Paris student riots; a moon rock on loan from NASA alongside the space suit worn by William Anders, who took the defining Earthrise photograph on the Apollo 8 mission; a rare Apple 1 computer; an Ossie Clark costume for Mick Jagger; original artworks by Richard Hamilton; shards from Jimi Hendrix’s guitar; the suits worn by John Lennon and George Harrison on the cover of Sgt. Pepper’s Lonely Hearts Club Band and handwritten lyrics for Lucy in the Sky with Diamonds by the Beatles.

Martin Roth, director of the V&A, says: ‘This ambitious framing of late 1960s counterculture shows the incredible importance of that revolutionary period to our lives today. This seminal exhibition will shed new light on the wide-reaching social, cultural and intellectual changes of the late 1960s which followed the austerity of the post-war years, not just in the UK but throughout the Western world. Our collections at the V&A, unrivalled in their scope and diversity, make us uniquely placed to present this exhibition.’