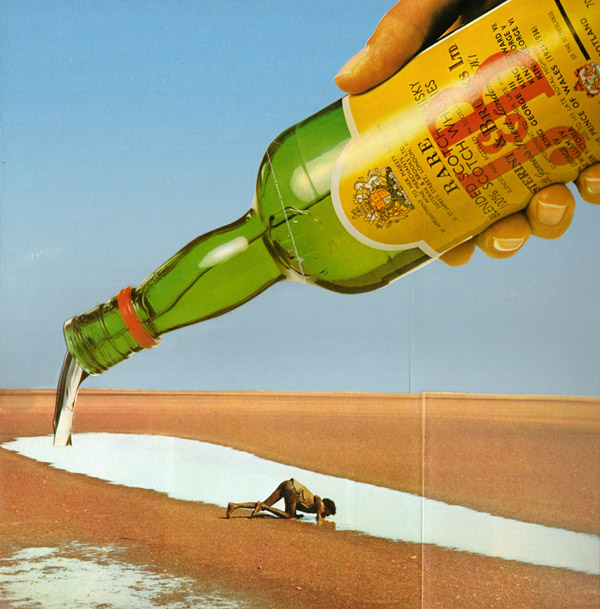 Arts & Collections catches up with Joe Webb to get an insight into his creative mind.

Contemporary art can take many forms. Some artists choose to embark on the traditional route of taking paintbrush to canvas; others have moved on to new media, using Photoshop and graphics tablets to create their images. Joe Webb started out as a graphic designer, but in an act of rebellion against the machine, he started creating collages—cutting and gluing to send a message. Six years ago he was awarded the opportunity to exhibit his work in the Saatchi Gallery. This year he was named in the Evening Standard’s list of ‘Exciting Young British Artists to Look Out for in 2017’, and is currently showcasing his work across the country.

Just by taking a look at his Instagram, you can see that Joe Webb is churning out a range of innovative work. He said if there is one thing he wants the world to know about his art it’s this: ‘I’m making work about world issues; I’m not making interior design.’

Joe Webb told Arts & Collections that his favourite piece from his collection is called Thirst. He said: ‘It’s looking at British colonialism in Australia and the devastating effect it’s had on the Aboriginal people. The artwork features an Aboriginal man drinking from a spring that is being contaminated by a giant hand pouring in whiskey. It’s a very early collage which showed me how the simple editing of images can tackle complicated—and seldom spoken about—subjects.’

He gains inspiration from a wide range of topics to create his art.

Joe said: ‘There’s an excellent [exhibition] at the Tate called ‘Soul Of A Nation’ featuring work from black artists during the civil rights moment.’

He tries to convey messages, both political and social, through his own art, and found the work at the famous gallery particularly compelling.

He added that artists like Robert Rauschenberg, Peter Doig, Matisse, Magritte, Gerhard Richter and Sigmar Polke have had a big influence on his career.

Joe Webb’s art was the inspiration for Coldplay’s Grammy Award-nominated music video ‘Up&Up’. Chris Martin himself called it ‘one of the best videos ever made’. Additionally, Joe created a piece that was used as album artwork by Janelle Monáe.

Joe Webb commented: ‘I like the format of the album cover as an artwork. Artists like Storm Thorgerson who made all of Pink Floyd’s sleeves, or Peter Blake. There was a time where I’d buy records just based on the covers without knowing what the music sounded like.’

Arts & Collections asked him what it was like to have made his impression on the music industry. ‘Having an influence on Coldplay’s video was a great honour. I even sold a painting to their manager,’ he answered. ‘Working with some well-known artists has been great as they’ve shared this vision. I’d like to bring this back and work with more musicians for sure.’

Joe Webb has several exhibitions coming up over the next year for which he is preparing a variety of work to show the British public.

He said: ‘They are all different shows. Jealous Gallery in October is entitled ‘Dark Matters’ so expect some challenging themes. For Art Sake Gallery in Ealing, London April 2018 will be more of a retrospective of my silkscreen prints—as they are primarily a printmakers gallery.

‘Then I have a big show in Mayfair, London in September 2018 at 45 Park Lane. I’m busy making some bigger works for this one. I’m looking forward to exhibiting work on a larger scale.’