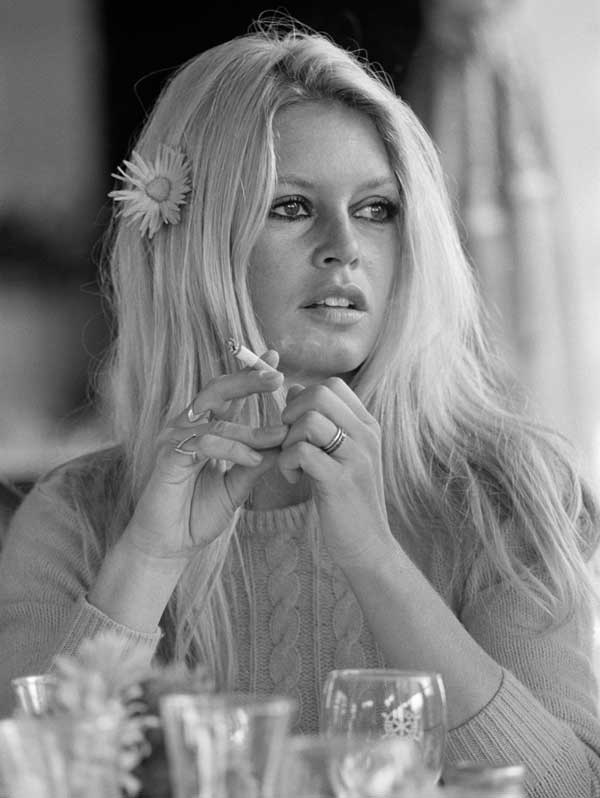 Images by one of Britain’s leading celebrity photographers, Terry O’Neill, shown at the recent exhibition at the Chris Beetles Gallery in London, remind us of Terry O’Neill’s unique ability to encapsulate the essence of the many celebrities he captured on film during the last fifty years.

Terry O’Neill was born in the East End of London and left school in 1952, aged 14, with the firm ambition of becoming a jazz drummer. He was already accomplished, and easily found work with small combos playing on the London scene. However, Terry O’Neill had bigger ideas and had set his sights on studying with the great drummers on America’s East Coast. Becoming an air steward would get him a free ticket to New York, and so he applied.

Advised by The British Overseas Airways Corporation’s personnel department that getting a foot in the door would help his chances of finding such a job, Terry O’Neill joined the company’s technical photographic unit as a trainee. Regular courses at art school were part of this training and sparked an unexpected interest in photojournalism.

Hanging around at London Airport, photographing picture stories with his little Agfa Silette camera, was Terry O’Neill’s way of indulging the new pursuit as this bustling location provided plenty of material. One day in 1959, he happened upon the sleeping, drained looking figure of the Home Secretary Rab Butler, and photographed him. The picture was snapped up by the Sunday Dispatch, who put it on their front page the next day, and the Editor offered him a part-time job as their photographer at the airport. Overnight the drummer became a photographer.

At the beginning of the 1960s, Terry began working for the Daily Sketch, which was the principal picture paper at the time. His approach to subjects was polite and professional, his style inevitably informal and spontaneous. This fitted with the times; the rising stars like The Beatles and The Rolling Stones did not want wooden, prefabricated images as had been the style in the 1950s. They wanted to appear relaxed and natural. As a result, Terry O’Neill became much in demand and his star began to rise alongside those of his celebrity subjects.

On the back of this early success, Terry O’Neill made the bold move of going freelance. He was a huge success and his work began appearing in Look, Life, Vogue, Paris Match, Rolling Stone and many others. Finding that he now had access to high-profile subjects, he made sure to photograph anyone that he admired, becoming one of the most published photographers of the 1960s and 1970s.

Terry O’Neill’s success as a celebrity photographer went hand in hand with the camaraderie of creative London in the 1960s and 1970s. Friendships with stars like Richard Burton and Michael Caine meant that he could bring people together for photographic shoots. When Elizabeth Taylor wanted to meet David Bowie, Terry O’Neill brought them together for a series of classic pictures. He spent his evenings at the Ad Lib Club in London where actors, musicians, models, designers and photographers could meet and exchange ideas over dinner and drinks. During the day they would work, and Terry O’Neill would photograph them.

During the 1980s, Terry O’Neill became the celebrity photographer of choice for Hollywood, and his commissions from the time are nothing short of a catalogue of global superstardom. His striking picture for the Paramount Pictures 75th anniversary celebrations in 1987, number 49 in this catalogue, is testimony to this. Terry O’Neill’s success continued into the 1990s and with 65 pictures held by London’s National Portrait Gallery, he is today revered as one the great British photographers.

Published by courtesy of the Chris Beetles Gallery where many of the photographs by Terry O’Neill may still be purchased. The exhibition catalogue, Terry O’Neill: New & Unseen, written, edited and designed by Giles Huxley-Parlour, may also be purchased from the Gallery, at £10.00.

See also: Photographer to the Stars Terry O’Neill Dies at 81