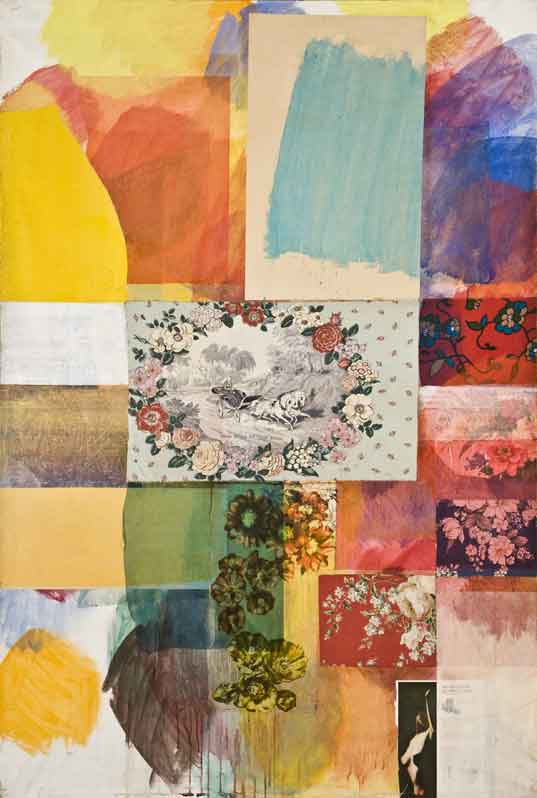 Running until 13 March 2017, this long-awaited show at the Peggy Guggenheim Collection places the luminous art of Tancredi Parmeggiani in the spotlight.

Tancredi Parmeggiani was the only artist, aside from Jackson Pollock, that the influential art collector Peggy Guggenheim ever placed under contract. His ferocious creativity and lyrical expressionism fuelled a rapid rise in the art world that was nourished and encouraged by Guggenheim. The variety and prolific nature of his work, ranging from early portraits to collages, will be shown through 90 carefully curated pieces in the exhibition.

The display starts at the beginning of Tancredi Parmeggiani’s artistic evolution, showing youthful portraits and self-portraits as well as his first forays into painting on paper in 1950-51, with his famous Springtimes. The early 1950s were marked chiefly by his career-defining meeting with Guggenheim, who made him her protégé and set him up in a studio at her home, Palazzo Venier dei Leoni in Venice.

It was this patronage that really catapulted Tancredi to international acclaim at such an early age, a period when he developed his distinctive ‘molecular’ style—fragmentations of the pictorial mark and a vivid palette—resulting in expressive abstract pieces that hummed with life and intensity.

‘Tancredi, through his painting, creates a new poetic philosophy for those who have neither telescopes nor rockets: how lucky we are to have such crystallisations that transport us safe and sound toward other worlds,’ said Guggenheim of the artist.

From the late 1950s onwards Tancredi Parmeggiani’s work radically changed as he wrestled with a creative crisis in his painting. The human figure returned to his work, albeit in a form far more grotesque than his early pieces. He became enraptured with northern painting and the passionate angst-ridden art of Edvard Munch, as well as the figuration and irony of his friends in the Anti-Proces art movement.

His art became charged with political and existential resonance, concerns that expressed themselves in a fiery streak of polemic that inspired the epigram of this exhibition: My Weapon Against the Atom Bomb is a Blade of Grass, which was Tancredi’s response to contemporary global conflicts—from Vietnam to the Cold War. This new approach is exemplified in his Hiroshima series of 1962, reassembled in the exhibition for the first time in decades.

The final part of the exhibition looks at Tancredi’s collage paintings, such as Hometown Diaries and Flowers 101% Painted by Me and by Others. Produced in the last years of his life before he killed himself in 1964, aged 37, these pieces are drenched in colour and full of verve, marking the final flowering of a short but extraordinary career. •

If you enjoyed reading about Tancredi Parmeggiani then click here to explore Tate Britain’s retrospective of David Hockney.