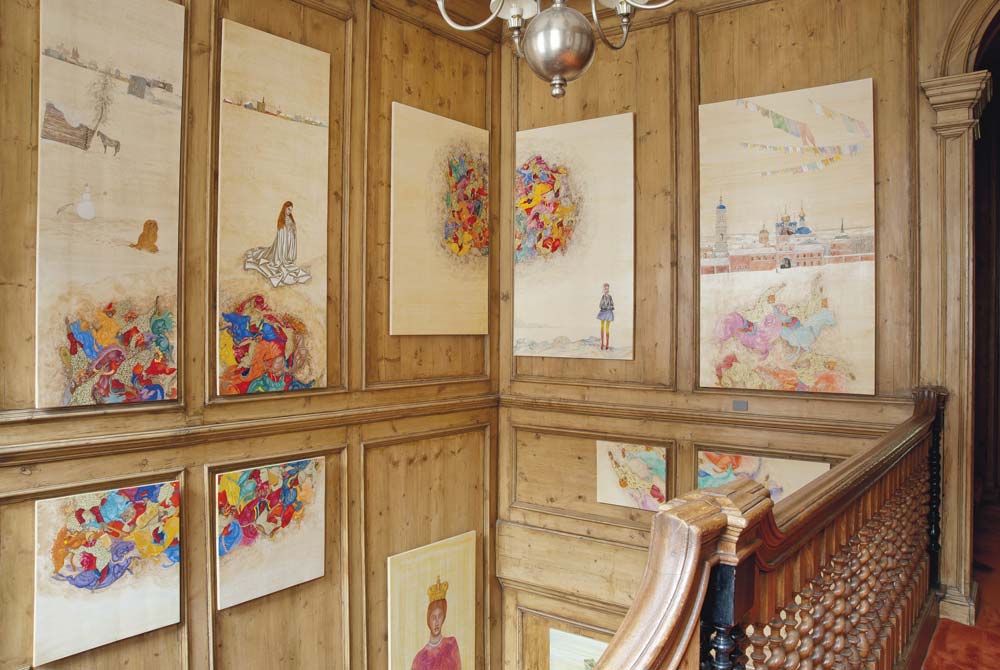 Amassed over 20 years and housed in their former family home, the works up for sale in Sting and Trudie Styler’s collection vividly captures the couple’s keen eye for Art and Design.

Ahead of Sting and Trudie Styler’s planned move to Battersea Power Station, an extensive collection of 200 lots will be auctioned at Christie’s, London, on 24 February 2016. Sting and Trudie Styler, who have been married for 23 years, have adorned their home in Queen Anne’s Gate with works collected over two decades.

Sting, or Gordon Sumner, first found fame with new-wave rock band Police in the 1980s before embarking on a successful solo career. The singer-songwriter will be auctioning his prized Steinway piano, along with works of significant eminence: from ceramics by Picasso, to bold abstracts by Ben Nicholson, remarkable Robert Mapplethorpe photographs to refined 20th century furniture, and the daring primary colours of Matisse’s Jazz series.

Sting and Trudie Styler’s collection, with estimates ranging from £1,000 to £500,000, features a number of central works by celebrated artists of the 20th and 21st centuries, such as Henri Matisse’s Jazz portfolio: a revolution of pure colour and form depicting a celebration of life. The portfolio marks an essential parting from the artist’s preceding work and is considered one of the greatest and most prominent print series of the 20th century, and is estimated to sell for up to £350,000. Other works by masters of modern art include Pablo Picasso’s lithograph Le Corsage à Carreaux, 1949, which is estimated at £30,000-50,000.

The collection includes a grand selection of furniture with works by important Post-War masters: furniture by Jacques Adnet and George Nakashima, stunning Line Vautrin and Piero Fornasetti mirrors and ceramics by Jean Besnard. Two prominent items, Table Rose and Table bleue by Yves Klein, showcase the artist’s signature designs and beautifully demonstrate Klein’s celebrated relationship with colour, and the powerful emotive responses it can evoke. Among Sting and Trudie Styler’s collection is Sting’s beloved Steinway piano, which occupied pride of place in the music room and is thought to be worth £50,000.

A notable highpoint from Sting and Trudie Styler’s collection is Gustav Klimt’s Study of a Young Woman in Stockings, which depicts a striding female nude and is from a collection of drawings of the human figure in movement that Klimt created in 1906-1907.

Helmut Newton’s Pages from the Glossies