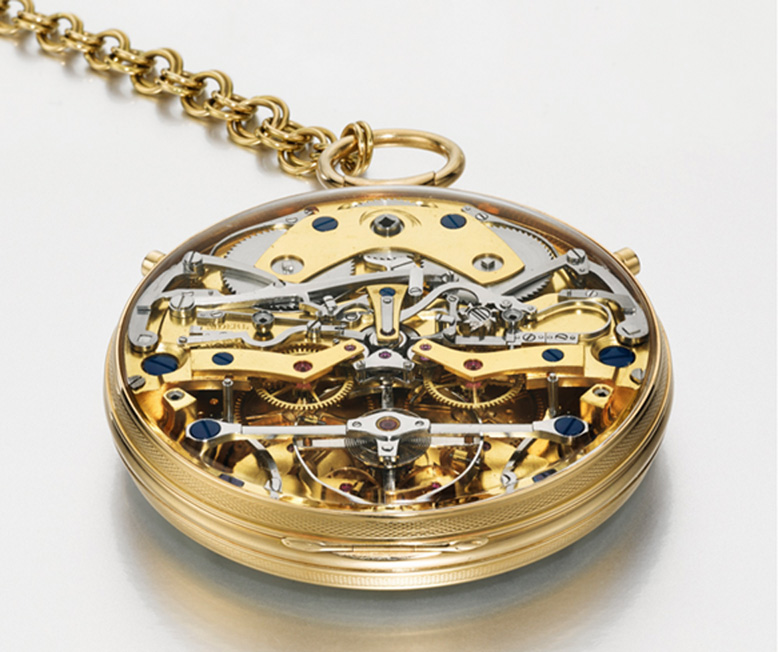 The idea to make a watch for space travellers was the brain-child of George Daniels—a watch that wouldn’t just record the time according to the sun, but also the time reckoned from the motion of the earth in relation to the distant stars. He called it the Space Traveller Watch, named in honour of the American moon landing in 1969.

This watch is being sold at auction by Sotheby’s on 19 September. It represents the sheer skill of the horologist and is made from 18k yellow gold. It was created in 1982 to replace a treasured original that Daniels sold, much to his regret.

‘When you are on your package tour to Mars you need a watch like this.’—George Daniels, inventor of the Space Traveller Watch.

This item was of personal significance to Daniels and he often wore it as a showpiece. The estimated value is £1.2-1.8 million, making it the headline of the auction.

Other Daniels timepieces will be sold in this auction along with two others from his personal collection—one of which is the Breguet replica clock. It is a weight-driven, three wheel skeleton timepiece circa 1968.

Commenting on the sale, Sotheby’s head of London watch department, Joanne Lewis remarked: ‘All four Daniels timepieces we are offering in the sale are very different and showcase Daniels’ mastery of horology and design. Watches by Daniels very rarely come to the market so to be able to offer such a fantastic selection, especially pieces from his personal collection, is very exciting.’

Also on offer are marvelous timepieces from other watchmakers. There will be a limited edition platinum reversible Harry Winston, a rare 1970 Rolex and a set of A. Lange & Sons wristwatches with power reserve, moon-phases and the date.

Viewings of the lots will be held 5-6 September at RM Sotheby’s, London Battersea, and 15-18 September, Sotheby’s New Bond Street.

Further reading: Watches and Timepieces, the Luxury of Time

Yeats Family Collection to Be Sold at Auction