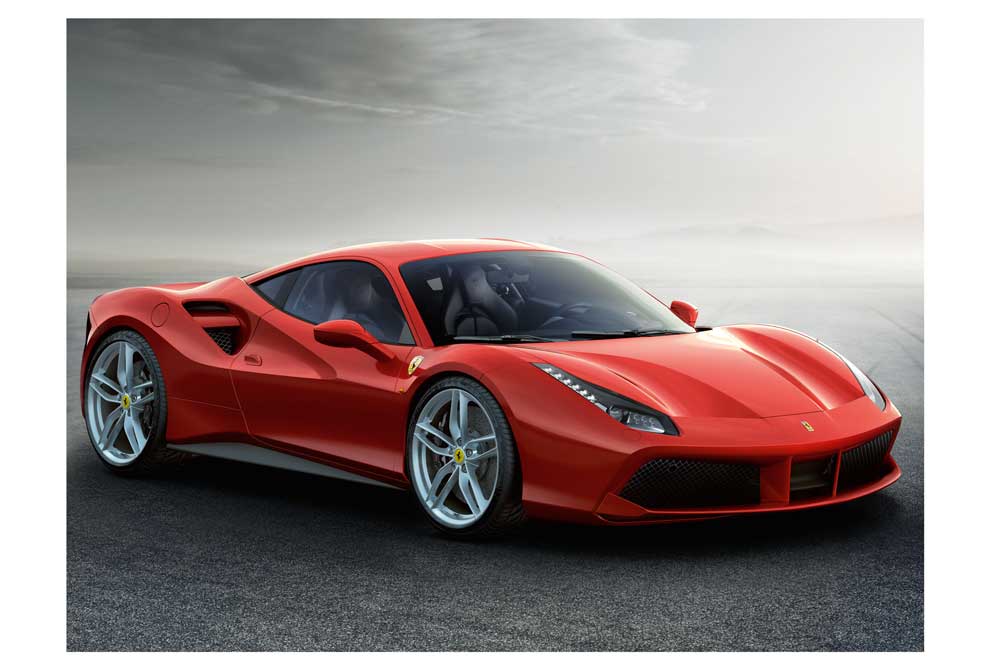 With the hotly anticipated launch of the Ferrari 488 GTB fast approaching, the story of one man’s passion for motor racing provides a fascinating insight into the history behind Italy’s most iconic automobile brand.

Think of Ferrari and you think of speed. The name itself conjures an image of the flash of Ferrari scarlet hurtling around a track, and of that prancing horse (or ‘rampante’) that has become a symbol of record-breaking racing success and the highest calibre of sports car.

It is unlikely that Enzo Ferrari ever dreamt of the legendary status his marque would one day acquire when he made his own racing debut. Finishing in a modest fourth position at the wheel of a Construzione Meccaniche Nazzionali 15/20 at a 1919 hill-climb race in Milan, Enzo Ferrari’s competition success in the early 1920s led to a 20 year collaboration with Italian car giant Alfa Romeo, who appointed him as head of their Alfa Corse racing division. It was Alfa Romeo too, that—upon leaving the company in 1939—Enzo Ferrari vowed to one day beat on the track with his own designs.

And beat them he certainly did. Although initially focused on his beloved Scuderia Ferrari team, it was Enzo’s decision to begin designing road cars that propelled the Ferrari name to the acclaim and prestige that it still holds today, with the income from the popular road models used to fund the Scuderia. Following the historic debut of the first Ferrari 125S in 1947, Ferrari won the Mile Miglia (1948), the Le Mans 24 Hour Race (1949) and the World Championships Grand Prix (1951), becoming World Champions by 1952.

Having competed in Formula One since 1950, today the Ferrari Scuderia is the oldest surviving and most successful team in the championship’s history—no small feat for a man who began his career as a test driver who dreamt of competing himself one day. The final Ferrari car to be made under Enzo’s management was the F40, unveiled in 1987 just one year before his death at the age of 90 and culminating a lifetime’s devotion to automobile design and engineering at the highest level.

Over 25 years later Enzo Ferrari’s legacy remains an important presence at the company. Having once famously stated ‘my motors have soul,’ Ferrari’s latest models demonstrate how the brand strives to uphold Enzo’s ambitions, combining a prestigious heritage with boundary pushing innovation that ensures Ferraris remain among the world’s most desirable vehicles on both track and road.

The latest of Ferrari’s celebrated eight cylinder models; the 488 GTB made its public debut at the beginning of March as part of the Geneva Motor Show. Already being hailed by reviewers as a ‘turbo-charged super car’, the 3.9-liter V8 engine is designed to provide track level performance in every-day use, accelerating from 0-100 km/h in just three seconds, with a top speed of an exhilarating 330 km/h. If you’re fortunate enough to find an empty road to test these credentials—and are prepared to pay the as yet undisclosed price tag—then the 488 GTB looks set to fulfill the super car fantasies of many a sports-car enthusiast.

Perhaps Ferrari’s enduring success has something to do with its signature ‘rampante’ symbol, gifted to Enzo at the end of the Second World War as a lucky mascot. Originally used by decorated First World War pilot Francesco Baracca on the fuselage of his aircraft, Baracca’s family offered Enzo the prancing horse symbol to use on his cars after the war. He later adopted the black rampante as the symbol for the Ferrari Scuderia, selecting the yellow background shield in tribute to his native Modena. With over 5,000 victories on tracks and roads around the world, to say that the prancing horse succeeded in bringing Enzo Ferrari and his team the luck that Francesco Baracca’s family once promised would be an understatement.