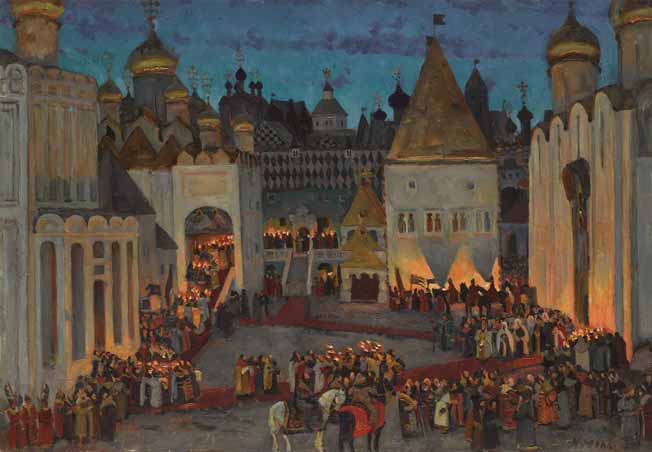 Sotheby’s reaches a milestone this week, celebrating a decade since it opened its office in Moscow. To mark the event a public exhibition of nearly 70 artworks will be displayed on Wednesday 24th May at the Ivanovsky Hall, Russian State Library, the first private museum established in Moscow.

Since 2007 Sotheby’s Moscow has successfully made a combined total at auction of $850 million from the range of 3900 participants and 2,500 buyers. Areas of note in recent years have included Contemporary Art, Impressionists of Modern Art, Jewellery, Old Masters, 19th-century paintings and Continental Furniture.

The celebration will see pieces from Sotheby’s past auctions in Russia as well as an impressive group of highlights soon to be offered at upcoming shows. These will include the works of IIya Repin, Konstantin Yuon, Ivan Pokhitnov and Fabergé.

All 40 pieces of art collected from previous auctions provide a rare opportunity to discover the eclectic range and depth of private art collections that are being assembled in Russia today.

The exhibition will be taking place at the Ivanovsky Hall, Russian State Library, Moscow Vozdvizhenka 3/5 bldg. 7 (access from Starovagankovskiy lane).

Charles I Exhibition at the Royal Academy of Arts