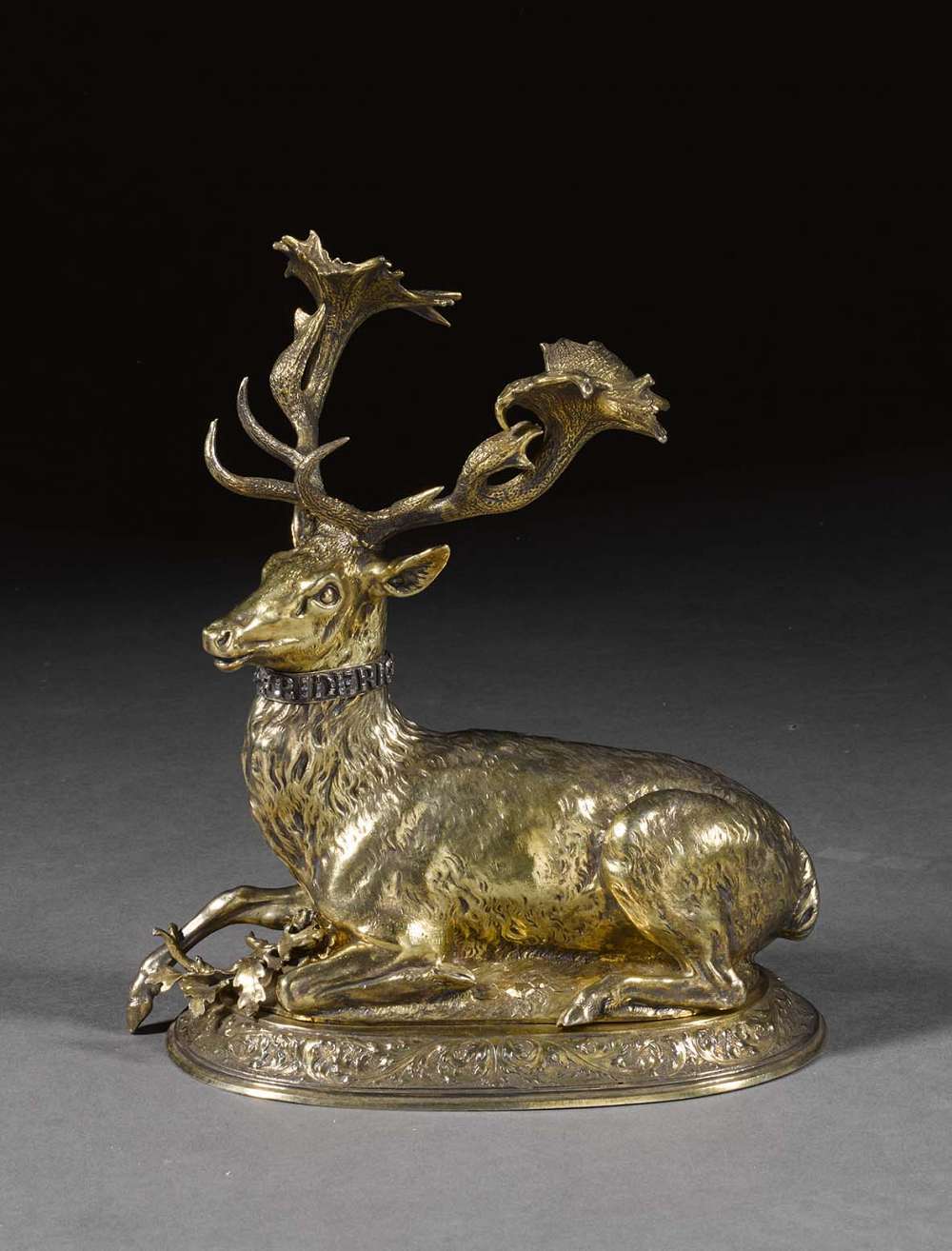 Sotheby’s pre-eminent decorative arts sale featuring masterpieces with outstanding provenance from around the globe will feature property of the Prince of Prussia, dating back to the year 1111.

Lasting over nine centuries and having no obvious parallels to Europe today, the Hohenzollern palaces—one of the most divine European dynasties—featured a huge range of luxury collectables. The best architects from across the globe came to work on these palaces, which housed decorative pieces that were the lynchpin of taste and culture for the era.

The Prince of Prussia Collection includes

A German parcel-gilt drinking cup designed to form a model of a stag, circa 1696.

Unique in its design and history, this drinking cup from the 17th Century was modelled on a real life stag that was reportedly shot by Friedrich III, Elector of Brandenburg (1657-1713). Believed to have captured the imagination of contemporaries, this stag was seen to be supernatural in origin––the tale of the Duke’s kill was widely illustrated in paintings and prints. It is believed that this cup is based on a design by sculptor Andreas Schlüter; architect and master of works to the electoral court.

This pair of candelabra, arrived in Berlin from Augsburg in time for the wedding of King Friedrich Wilhelm’s daughter, Philippine Charlotte, to Karl I, Duke of Brunswick-Wolfenbüttel.

Created at the end of the 17th Century, the Rittersaal buffer was a permanent floor to ceiling display of silver and silver-gilt where the candelabra featured in 1763. The piece provided a reflection opposite the throne, showcasing the wealth and confidence of the elector. The candelabra later went on to be featured on the silver buffer table in the throne room—it has remained part of this table despite the successive silver melting and wars through the centuries.

The Elector of Brandenburg’s Armour

Designed with mounted combat in mind; the weight, proof marks and form of this armour are perfect by design––this is not a piece of armour that was intended for parade or tournament usage. A similar three-quarter armour with almost identical decoration was formerly in the collection of the Dukes of Este and Konopiště Castle in the Czech Republic. It is now on display in the Schwarzenburg Palace, Prague Caste.

To find out more visit www.sothebys.com