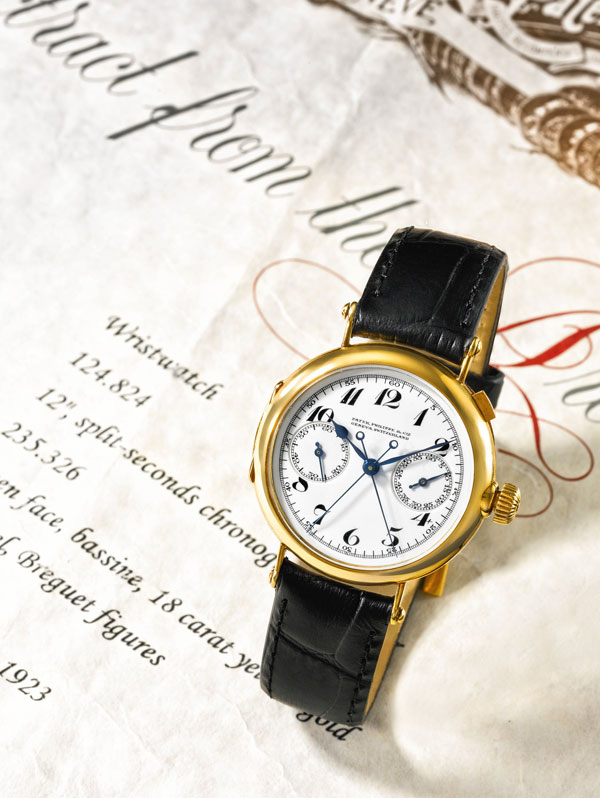 From Sotheby’s comes the sale of Important Watches, known as ‘The Titanium Collection’, in New York on June 10, 2014.

‘The Titanium Collection’ is composed of ten bespoke and incredible Patek Philippe wristwatches, highlighted by several unique references and including the first ever split-second chronograph wristwatch to be completed by any manufacturer. Lot 175 was started in 1903 and eventually sold in 1923 and features an extraordinary extra quality split-second movement in a small 12-in. size intended for wearing on the wrist.

The “Officer’s” style 18k yellow gold case, straight screwed lugs and impeccable enamel dial round out this immensely historical and important piece. Estimated at $800,000-1,200,000, the watch has been presented at auction only once previously, in 1999, selling at that time for an equivalent of $1,918,387.