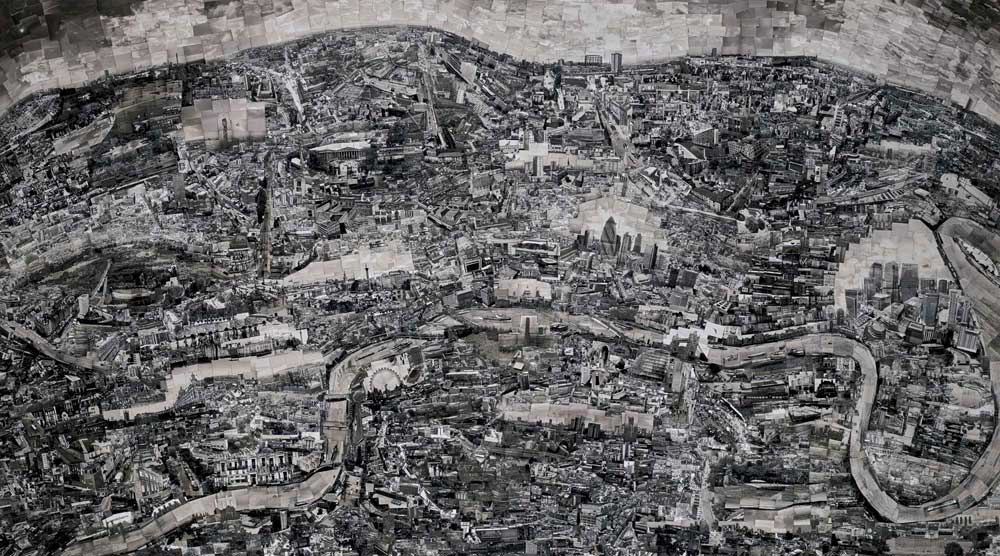 A Diorama Map of London by Japanese photographer Sohei Nishino, estimated to be worth between £12,000 and £18,000 is going up for Auction on 19 May as part of the Sotheby’s annual sale of Photographs.

In creating his Diorama Map of London, the artist, Nishino, assumed a role of the flâneur, wandering the city for days and months, capturing images from every angle. Sifting through the thousands of photos taken he eventually settles on and develops. Creating the final result of the Diorama Map of London, Nishino digitally photographed the collage and presents it on a large scale, often up to 6×7 foot.

Sotheby’s London sale of Photographs showcases some of the most exciting emerging contemporary talents in the field, alongside a selection of early twentieth century gems.

Sotheby’s Diorama Map of London auction is timed to take place in conjunction with Photo London, the major international photography event now in its third edition, which is held in the heart of the capital from 18-21 May.