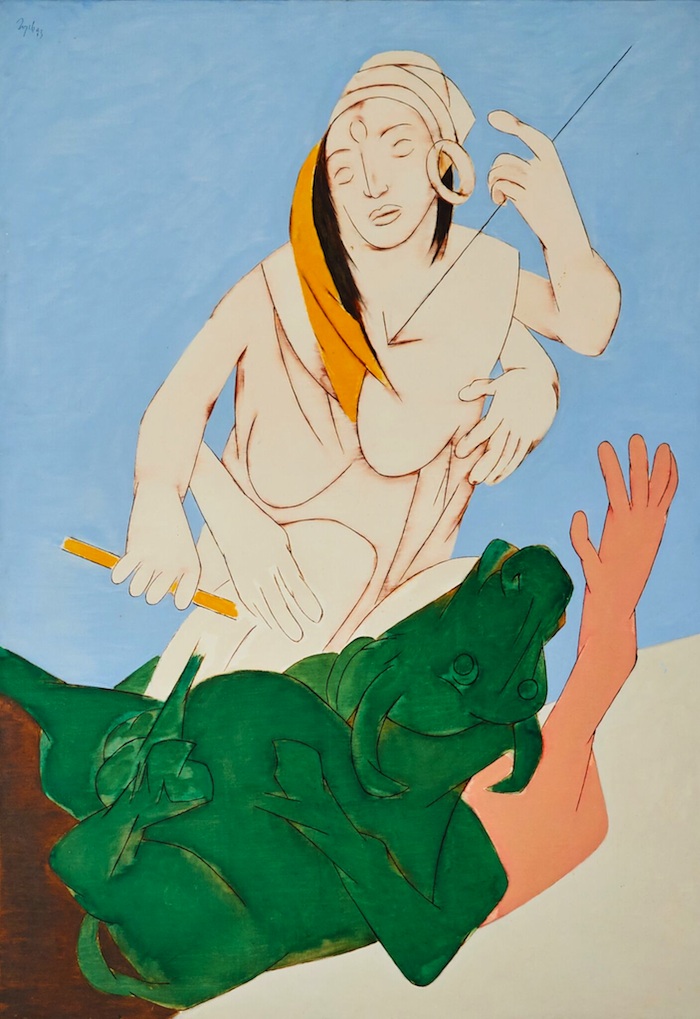 In yet another sign of the burgeoning Indian art market, Sotheby’s will hold its inaugural Indian auction in Mumbai this December.

‘Boundless: Mumbai’, the first in a series of scheduled sales, will be held at landmark venue, The Taj Mahal Palace Hotel in Mumbai.

The sale, led by Tyeb Mehta’s seminal work Durga Mahishasura Mardini (1983), will comprise not only the work of South Asia’s great artists, but also that of western artists influenced and inspired by the art, culture, geography and people of South Asia.

Mehta’s important work is expected to fetch in the region of $3 million.

Described by Yamini Mehta, international head of Indian & South Asian art at Sotheby’s, as a ‘leading figure in the history of Indian modernism’, the artist’s current sale record—set by Christie’s in London last May—is $3.6 million.

Sotheby’s announced its move into live Indian auctions was made to meet growing demand from the nation’s expanding art scene.

The auction house had previously ventured into the region; it held a lone sale in Mumbai in 1992, but deemed the market was not robust enough to sustain regular auctions.

In a sign of things improving, the publicly traded company opened its Mumbai office in September 2016.

Jan Prasens, Sotheby’s managing director for Europe, Middle East, Russia and India, said: ‘In recent years, we have witnessed both the ever-growing presence of Indian collectors in Sotheby’s global auctions, and the development of an increasingly vibrant domestic Indian art market.

‘Given these promising signs, and the projected economic growth for India in the future, it is the right time for Sotheby’s to further expand the services we offer our clients in the region, and to bring our auctions directly to the doorstep of the many collectors who live there.’

Indeed, there have been recent signals of a strengthening Indian art market.

Since 2009, the country has seen the launch of Kochi Muziris and Pune biennale, and the Serendipity Arts Festival in Goa.

India’s economy is also expected to grow quicker than China’s in the next year, according to recent forecasts.

According to Gaurav Bhatia, managing director of Sotheby’s India, the number of Indians across all Sotheby’s sales has almost doubled in the past five years.

‘Indian clients have bought over $250 million of art over this period,’ he said.

‘We have an increasingly growing base of collectors; in our most recent sales of Asian art in New York in March, 40 percent of buyers were new to Sotheby’s.

‘It is only fitting that Mehta’s exceptional work is offered as part of our inaugural Mumbai auction. It has been an absolute privilege to work with the owner of this seminal painting, and be able to bring it to sale for the first time.’

Sotheby’s said: ‘Further details about works offered in “Boundless: Mumbai” will be announced later this year. Ahead of the sale, highlights from the auction will be exhibited internationally and in India.’