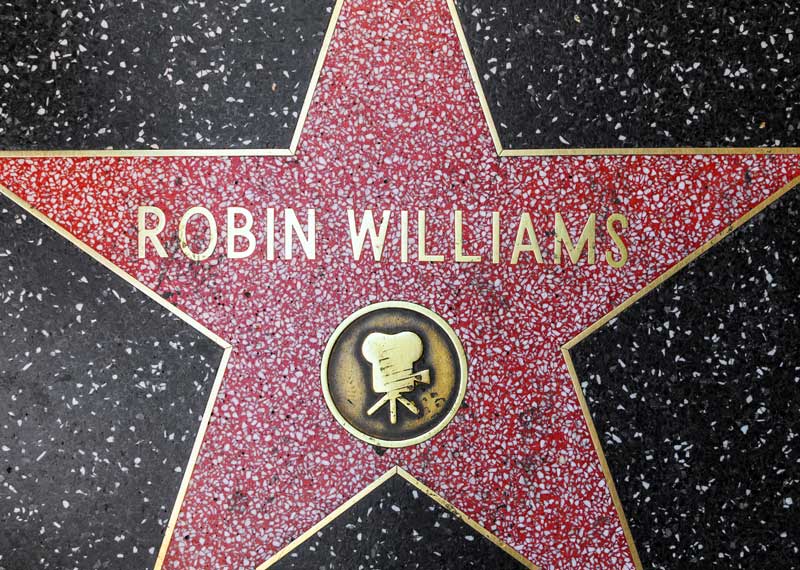 This autumn, Sotheby’s New York will offer works from the Marsha and Robin Williams collection in a dedicated auction.

The sale, which is currently scheduled to take place on 4 October 2018, is set to showcase movie memorabilia, contemporary art, furniture, accessories and various items associated with Marsha and Robin’s careers.

For a good cause

A portion of the proceeds will benefit organisations championed by Robin Williams and Marsha Garces Williams, his wife of 20 years.

These associations include the Juilliard School, Wounded Warrior Project, the Challenged Athletes Foundation and the Christopher & Dana Reeve Foundation.

Robin Williams, the late entertainer, was best known for his performances in iconic roles such as Captain Hook, Alan Parrish and Mrs. Doubtfire.

A love for collecting

His love for the arts led him to start collecting, a passion he shared with his wife, who is a film producer and philanthropist.

Sotheby’s has revealed highlights of the event include a Gryffindor robe worn by Daniel Radcliffe in Harry Potter and the Sorcerer’s Stone (estimate $10,000-15,000) as well as a sculpture by Deborah Butterfield (estimate $220,000-280,000).

Further details and information on the Robin Williams Collection auction—including the full contents of the sale—will be released by Sotheby’s later this summer.

Creating a Stage: The Collection of Marsha and Robin Williams will be preceded by a public exhibition of the items on sale in Sotheby’s New York galleries from 29 September.

You may also like: National Gallery Announces New Impressionist Exhibition, The World’s Most Versatile Aircraft, Sharon Tate’s Wedding Dress to Go Under Hammer at Julien’s Auctions

Art Finance: A Crucial Player in the Asset Market