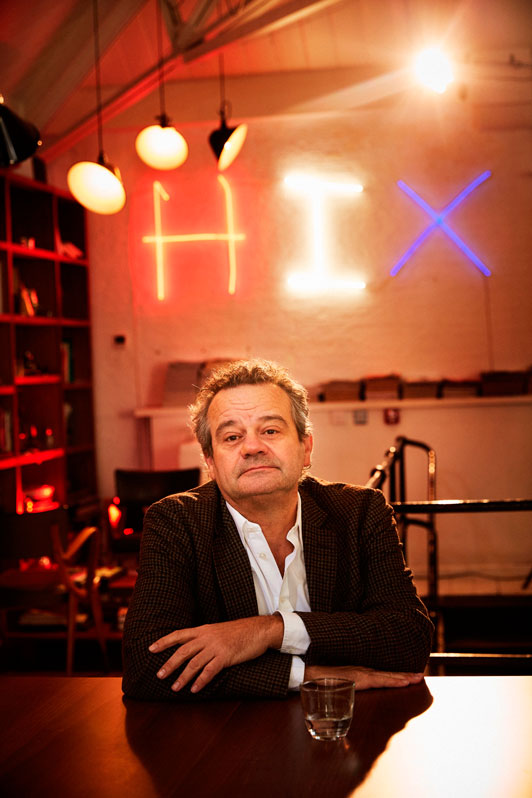 Auction house Sotheby’s has recently announced it is teaming up with celebrated chef and restaurateur Mark Hix to curate a contemporary art sale.

The Contemporary Curated sale, which will take place in London on 11 April, includes works from artists including Banksy, Michael Craig-Martin and Harland Miller. These pieces will be on display at Sotheby’s Bond Street salon from 6 to 10 April.

The sale will give collectors the rare chance to acquire accessibly-priced works from established and lesser-known contemporary artists. Estimates from this curated sale will start at just £200.

Mark Hix is well known in the culinary landscape for having contributed to the rise of modern British gastronomy. After 17 years as chef director at Caprice Holdings, he opened six acclaimed restaurants across London and Lyme Regis.

His most recent accolade is the launch of a pharmacy-themed restaurant in Vauxhall, Pharmacy 2, alongside long-time friend Damien Hirst.

What is, perhaps, less known about Mark Hix is that he is central to the realm of contemporary British art and a patron of young creatives. During the 90s, when he was living and working in Shoreditch, he crossed paths with many artists, including Tracey Emin, Carl Freedman, Bob & Roberta Smith and Damien Hirst.

Over the years, the renowned chef has built an impressive personal art collection, transformed the interiors of his restaurants with flatworks and commissioned works from his many artist friends.

Hix has also established the HIX Award. Designed to be a first step to life beyond university for aspiring artists, the initiative is a platform to showcase young creatives. Nominees to this scheme are given the opportunity to exhibit their work at HIX ART—a subterranean gallery in Shoreditch—in front of leading art world figures.

‘95 percent of the time I collect works from artists that I personally know—from Bridget Riley to Mat Collishaw and Tracey Emin, and of course HIX Award finalists. I think it’s important where possible to have that relationship with the creator,’ Mark Hix said.

If you’ve njoyed reading this article on Mark Hix and Sotheby’s, click here to read more on Arts & Collections about an upcoming exibition at Proud Cental dedicated to the Kennedys.