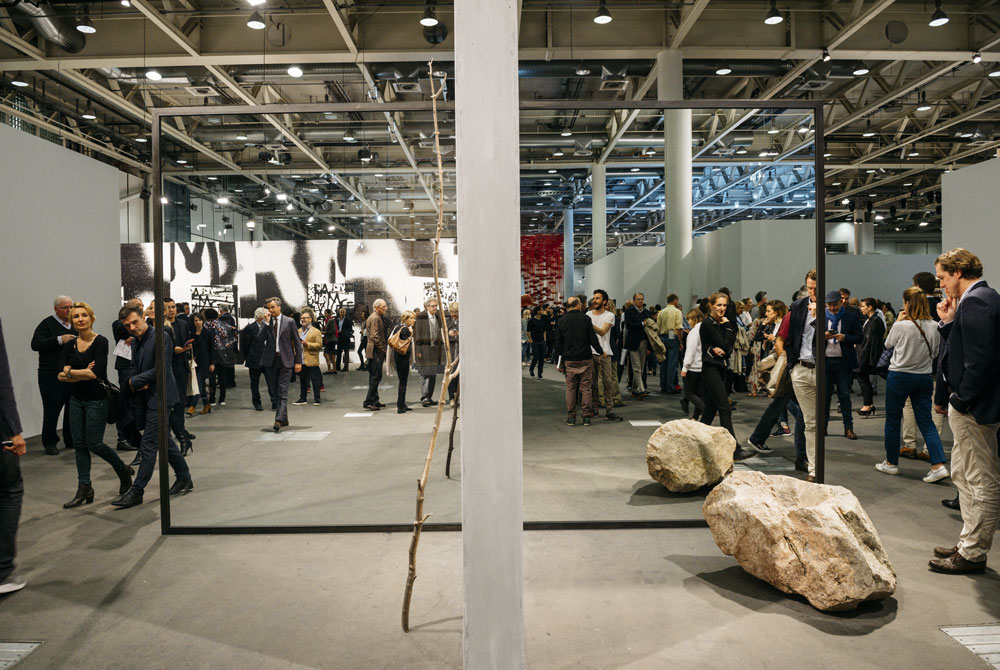 For the serious collector, art fairs represent one of the best ways to discover new talent and trends, as well as explore a variety of genres and styles under one roof.

First founded by three Basel gallerists in 1970, Art Basel has become a major fixture in the international art fair calendar. 2016’s event was one of the most successful in this art fair’s history, with over 280 galleries showcasing the work of over 4,000 artists. You’ll find high profile (and high priced) 20th and 21st century artworks here, covering every genre from paintings to live performance. Art Basel’s sister art fairs in Hong Kong and Miami are also must-visit events in the art world—with A-list celebrities such as Leonardo DiCaprio, Beyoncé and Jay-Z flocking to the latter.

More of a festival than an art fair, Frieze London has become a leading star of the capital’s art calendar, where visitors can view and buy art from over 1,000 contemporary artists, established and emerging.

It was established in 2003 by Frieze magazine founders Amanda Sharp, Matthew Slotover and Tom Gidley, who later launched Frieze New York and Frieze Masters in 2012. It’s one of the few art fairs to focus solely on contemporary art and living artists, and is known for its emphasis on innovative practice thanks to initiatives such as Frieze Projects, the much praised programme of new artist’s commissions. This year’s event will take over Regent’s Park and will see work from 160 different galleries. Sister fair Frieze Masters, which focuses on older art, is happening at the same time, just on the other side of the park.

Paris is renowned for its museums, which makes it a fitting location for the Fiore Internationale d’Art Contemporain (FIAC). Taking place in an array of opulent settings, from the Belle Époque glamour of the Grand Palais to the Tuileries, it’s a hub for work from modern and contemporary art galleries. First established in 1974, FIAC also encompasses a week’s worth of artistic and cultural offerings—from talks to films—hosted in some of Paris’s most prestigious cultural institutions. It’s also a place to find affordable art: pieces valued at less than €100 make up half of the sales at the Grand Palais.

The hipster’s art fair of choice and a haven for collectors, curators and critics looking for rising talent. Run by the not-for-profit New Art Dealers Alliance (NADA), the first fair started in Miami in 2003 but has since branched out to New York. While it’s a place to survey the newest and most exciting offerings from emerging artists, it’s also known for a more friendly, casual atmosphere—last year’s New York fair featured a basketball tournament.

Showcasing 194 galleries from 35 countries, with over 2,000 art works on display and an impressive 52,000 visitors in 2015—Turin’s Artissima is one of the more cosmopolitan events on the art fair circuit. Founded in 1994, it focuses on contemporary art, devoted to both emerging artists and rediscovering forgotten gems. Its setting, in the huge, modern edifice of the Oval, the glass pavilion built for the 2006 Winter Olympics in Turin, is a fitting location for an art fair that prizes innovation and experimentation.

While perhaps not as hip as some of its European contemporary art counterparts, TEFAF (The European Fine Art Fair), first established in 1988, is widely regarded as one of the world’s major fairs for art and antiques. What particularly distinguishes this art fair is a highly selective vetting committee, which rigorously verifies every single artwork presented at the fair. Originally focusing on antiques and Old Masters, in the last three decades TEFAF has broadened its scope to include every category of art and antiques, from postwar art to fine jewellery, and recently expanded to spring and autumn fairs in New York.