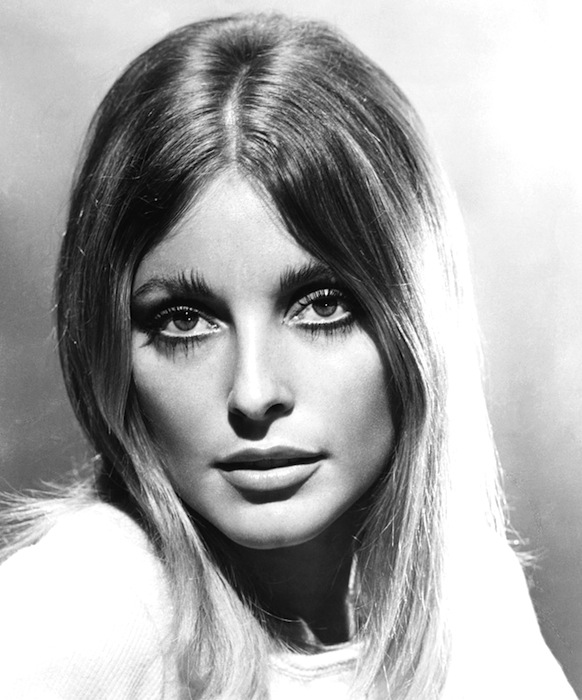 Property from 60s style icon and Valley of the Dolls star Sharon Tate will head to the auction block in Los Angeles this autumn.

The items on offer include Tate’s ivory silk moiré mini wedding dress worn at her London wedding, which is estimated to fetch between $25,000-$50,000.

The sale, which will be held by world record-breaking auction house Julien’s Auctions on 17 November, aims to celebrate the beauty and style of one of Hollywood’s most promising actresses.

‘Julien’s Auctions is proud to present this auction event that celebrates the beauty and grace of one of Hollywood’s brightest stars of the 1960s, Sharon Tate,’ said Darren Julien, president and CEO of Julien’s Auctions.

‘We honour Sharon Tate’s life and loves in this personal collection that captures the style of a woman whose life was cut way too short and has long been overshadowed by an unspeakable tragedy.’

Regarded as one of Hollywood’s most alluring stars of the era, Sharon Tate possessed a life and style that embodied the decade now known as the ‘swinging 60s’. The actress and model was among the celebrities that influenced the sights and sounds of the era’s culture—joining the likes of Jean Shrimpton and Twiggy.

Born in 1943 in Dallas, Texas, as the daughter of a career military officer, Tate was destined for stardom, winning beauty contests before she was a year old. After being noticed in the streets of Verona, Italy, she was cast in the epic film Barabbas in 1961, as well as a Pat Boone television special.

Tate landed her first big acting role in 1963 as the bank secretary Janet Trego in the popular television series The Beverly Hillbillies (CBS 1963-1965). She was then signed by Filmways and her first major starring role was in the 1966 occult classic Eye of the Devil.

Her most famous role and acclaimed performance came as Jennifer North in the 1967 cult classic film Valley of the Dolls, which earned her a Golden Globe Award nomination for Best New Actress. Her final film role was in The 13 Chairs, also known as 12+1, which was released posthumously in 1969.

Tate’s untimely death came when she was brutally murdered by members of the Charles Manson ‘family’. Following the callous act, mass hysteria set in across the rich and famous community in Hollywood.

According to American journalist Dominick Dunne, people were convinced that the rich and famous community was in peril, children were sent out of town and Steve McQueen packed a gun when he went to Jay Sebring’s funeral. The horrific event will be forever engrained in the minds of the American public.

The Julien’s Auctions sale hopes to shine a light on the positive and lasting legacy Tate left behind, despite the fact her life was overshadowed by Manson’s unthinkable crime.