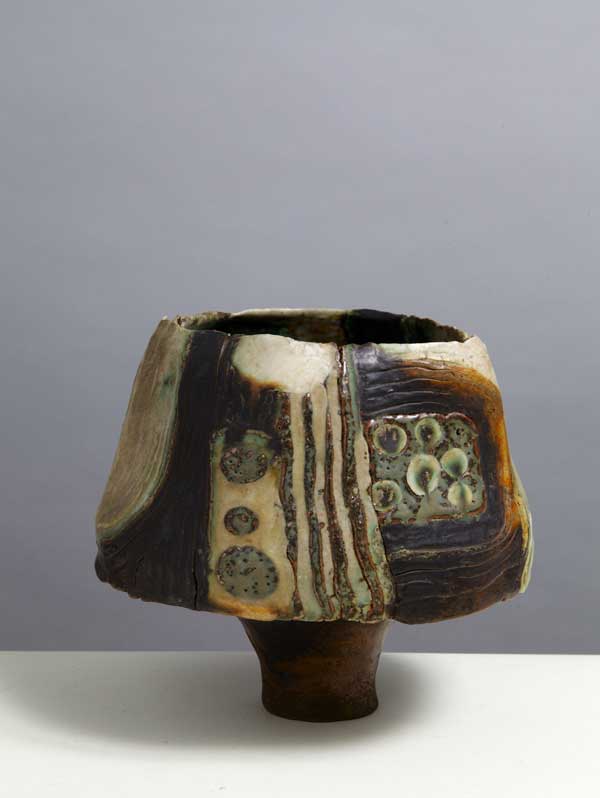 Jewish Museum London will highlight the work of British-Jewish ceramicists in the exhibition Shaping Ceramics: From Lucie Rie to Edmund de Waal, from 10 November 2016 – 26 February 2017.

The exhibition explores how Jewish émigré ceramicists changed the face of British studio pottery, as well as how they influenced a generation of British-born post-war ceramicists. The show also looks at how contemporary Jewish ceramicists are reflecting their Jewish identity through their work.

Shaping Ceramics showcases the work of artists who introduced modernist ideas to British studio ceramics, which until then had been dominated by the very different Anglo-Oriental style of Bernard Leach.

“This exhibition offers a new perspective on ceramics as well as an opportunity to see some beautiful artwork. It is the first time these ceramicists have been grouped and exhibited together in this way and we hope that our visitors will enjoy discovering how Jewish ceramicists changed the face of British studio pottery,” said Abigail Morris, director of the Jewish Museum.

The exhibition will begin with artwork from Lucie Rie, Hans Coper and Ruth Duckworth. Rie (1902-1995) is known for her distinctive post-war pieces that include her brightly coloured footed bowls and flared lip vases, which are now seen as icons of modern design.

Ruth Duckworth (1919-2009) best known for her large scale, energetic abstract sculptural work will be showcased as well as Hans Coper (1920-1981), who worked with monochrome. Their dynamic work, promoted by German-Jewish refugee Henry Rothschild (1913-2009), was sold in his London store, Primavera, and part of the exhibition looks at the important role Rothschild had in their careers.

Next, expect to see artwork from ceramicists who were born or raised in Britain, including one of the best ceramicists working in Britain today, Edmund de Waal (b.1964). His interest in the history of collecting and displaying of porcelain will be seen in the piece ‘Arcady’, in which 18 thrown porcelain pots stacked in a steel case can be seen but not touched. Other ceramicists in this section include Ray Silverman (b.1943) who was taught by Rie and Coper.

Shaping Ceramics concludes with the work from artists who are trying to find their Jewish identity through their work. In this section the Holocaust is explored with works from Jenny Stolzenberg (1947-2016) who created installations of ceramic shoes from those abandoned in the death camps, with the aim of returning a sense of identity to the unknown victims.

This was inspired by her father surviving both Buchenwald and Dachau. David Jones (b.1953) who through his work explores the experience of his grandparents in the concentration camps. Works from raku specialist David Cohen (b.1932) and David Breuer-Weil (b.1965) will also be in this section of the exhibition, with pieces that reference the biblical creation story.

Read more about ceramic art on Arts & Collections and the top six art fairs you have to visit.