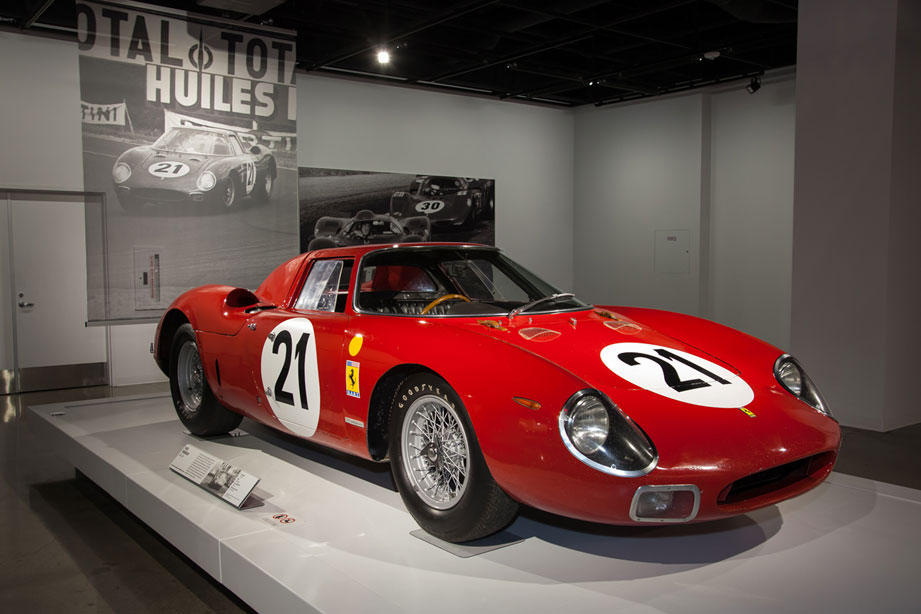 Explore 70 years of flawless Ferrari designs, with each automotive encapsulating the perfect balance of elegance and speed.

To applaud the 70-year anniversary of Ferrari, one of the most iconic automobile manufacturers ever known, the Peterson Automotive Museum is hosting an exhibition in their honour. Seeing Red: 70 years of Ferrari—running 29 April 2017 until 2018—will showcase the finest of Ferrari’s creations, all presented in their trademark shade of red, emphasising the colour’s connection to the brand.

Founded by Enzo Ferrari in 1947, the company earned a stellar reputation through the production of advanced racing sports cars and peak performance Formula 1 vehicles. With 5,000 championed races under their belt, the brand is suitably renowned for impeccable precision and ground-breaking design.

Since its opening in 2015, the Peterson Automotive Museum has become one of the greatest curators of all things motorised, and this new display doesn’t disappoint. Boasting 25 separate gallery spaces, the museum is the ideal stage for audiences to marvel at 10 of Ferrari’s most praised works. The retrospective is a feast for the eyes, with glistening motors and sleek bodywork—each vehicle unique in its own right. The show begins at the genesis model, progressing through each era in the Italian master’s long career, eventually leading to their more recent hypercar.

‘Seeing that rosso corsa paint and the beautiful curves of the bodywork is always enough to make your heart skip a beat,’ Bruce Meyer, chairman of the Peterson’s board of directors, remarked. ‘Seeing Red will be one of the most significant gatherings of Ferraris in the world and I’m so pleased to be able to share it with the public in our gallery.’

Heading the event is the 1963 Ferrari 250 GTO, one of 39 ever made and often considered to be one the most desired collectable cars in the world. The last auctioned version was sold for a record breaking $38 million at a Bonham’s auction in California in 2014—making it the most expensive car in history.

Perhaps one of the most significant examples within the exhibit is the 1947 Ferrari 125 S. This was the first car to officially wear Ferrari’s emblem—the black horse emblazoned upon a yellow shield. The 125 S was a particularly successful racecar, winning six out of 13 races that it took part in. With a curved shell and streamlined aesthetic, this ground-breaking car paved the way for other future models to progress.

For the first few decades, Ferrari kept their vehicular recipe consistent; a warm leather interior fuelled by a 12-cylinder engine up front. Joining the 125 S are various other tournament winners such as the 1958 250 Tessa Rossa and the 1965 250 LM, that won Le Mans that same year. The rest of the gallery reveals other beautiful models, both modern and classic, all divulging blatant characteristics of Ferrari’s flair.

As time advanced, so did Ferrari’s automotive designs, with a new focus on speed and agility. They sparred with the concept of the ‘super car’ by modifying its suitability for the road. With the inclusion of advanced materials like carbon fibre, Kevlar and Lexan, the weight of the vehicle was kept low and the speed high. This evolution is highlighted within the exhibit, as we are finally drawn to the 2014 LaFerrari; a limited production hybrid sports car.

Terry Karges, executive director of the museum, commented: ‘This new exhibit is another example of how the Petersen views cars, as art, and nothing is more appropriate than red Ferrari models.’ He added, ‘We’re confident this exhibit will help us continue our success and really get people talking and learning about Ferrari.’

Since their conception, Ferrari’s prancing horses have been synonymous with innovative style and remarkable engineering. The Peterson Automotive Museum’s tribute to the awe-inspiring brand only builds anticipation for the undoubtedly revolutionary designs that are yet to come.

If you have enjoyed reading this article, click here to read more on Arts & Collections about classic cars.