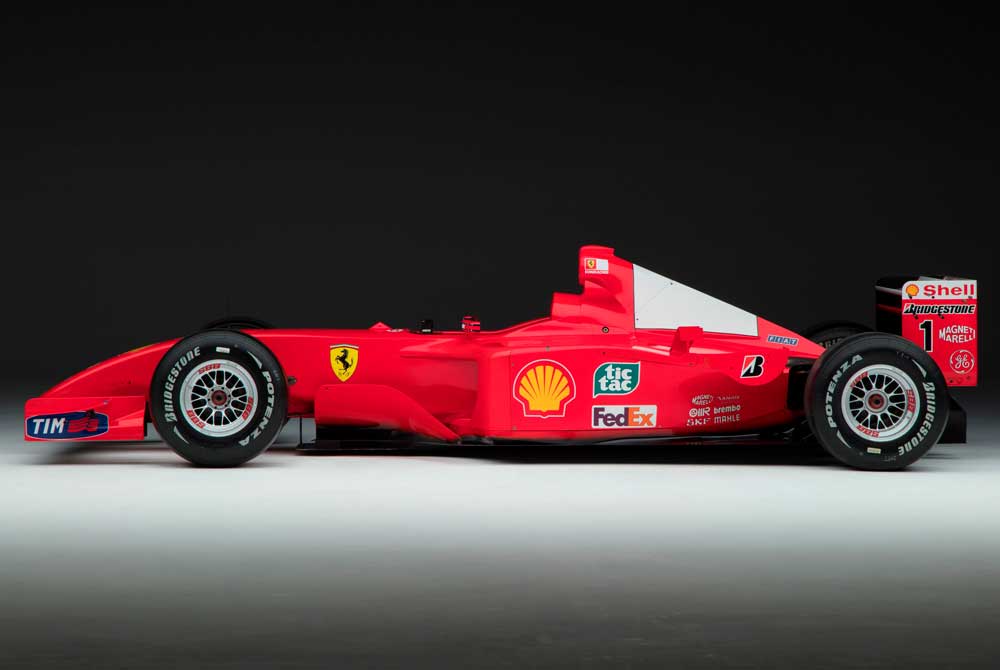 The world record sale for a modern-era Formula One car was achieved after a tense six-minute battle between eight bidders.

A momentous occasion curated by RM Sotheby’s, Michael Schumacher’s Ferrari is the first vehicle that has been offered at a Sotheby’s art auction.

Initially estimated at $4 million, the racecar is best known for helping the famous German sportsman to his fourth Formula 1 World Championship title.

In addition to Michael Schumacher’s Ferrari, the art sale also broke other notable records, including one for Bourgeois’ wall-mounted spider and for a painting by American pop artist Robert Indiana.

See also: Sting and Trudie Styler’s Collection Up for Sale