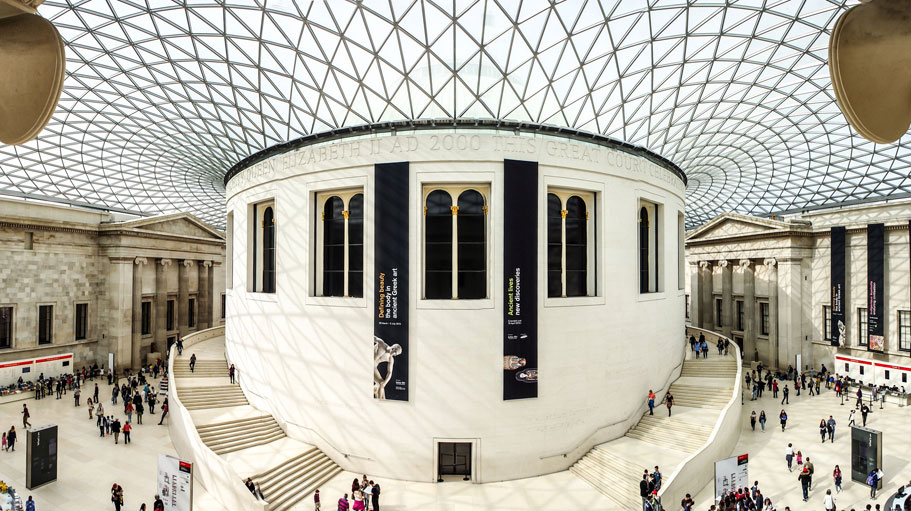 Since 2010, the Bank of America Merrill Lynch Art Conservation Project has been providing grants to not-for-profit museums around the globe to conserve historically or culturally significant works of art in danger of deterioration. To this day, the company has completed 100 of such projects in 29 different countries spanning six of the seven continents.

Last year, Bank of America awarded grants for the restoration of 21 iconic works of art—such as Thomas Gainsborough’s The Blue Boy (1770)—548 artifacts from the Roman and Byzantine periods (c 4th-5th century) and around 100 textiles and related objects from the Michael C. Carlos Museum in Atlanta, Georgia.

Rena DeSisto, global arts & heritage executive at Bank of America Merrill Lynch, says the selection process for these grants isn’t easy: ‘The process stipulates that the work has to be important to the history of art, important to the collection of the institution and important to the culture—the online application asks those questions, so that’s a filter for pieces that would fit our criteria. Each year, we are impressed with the breadth and quality of grant applications we receive.

‘Within that process I would describe it as more of an art than a science,’ she adds, ‘We look at geographical balance, we look at cultural balance—works coming from different cultures—we look for a balance on what type of media it is, what period of time it’s from. One decision affects another, that’s how we do it. For instance, if we haven’t funded anything in Germany in several years, we might actually reach out and call some institutions ourselves. Over time the availability of this funding has become known, but it’s not as broadly published as we would like, so the call to action generates more submissions.’

In a handful of cases, restoration of these precious works of art even led to unexpected discoveries. ‘This only happens 15 to 20 percent of the time,’ DeSisto says, ‘They find something new that they didn’t know before. We did a Picasso—Woman Ironing—and that unveiled an entirely new and different under painting which was revealing. Of course, there remains the mystery of exactly who this is a picture of—it’s a man.’

The Art Conservation Project has been described as a ‘key’ element of Bank of America’s art philanthropy programme. According to DeSisto, this is because conservation of art has been taking increasing portions of museum’s budgets: ‘Most of them will tell you that sometimes they have to forgo conservation. We like the fact that [this project] is a gateway to sharing the works more broadly.’

Arts institutions, and non-profit institutions alike, are vital generators of economic activity wherever they’re located. They employ people, have the power to augment education programmes in schools and create reasons for tourists to visit certain places. To DeSisto, this project is Bank of America’s ‘way of saying that we are committed to the health of these communities’.

‘We have remained steadfast with funding—through the financial crisis and up to now—and we intend to continue to do so. I would like people to know that our programme is an equal opportunity funder, and by that I mean it’s both the visual and the performing arts,’ she adds, ‘It’s not about trying to build our brand—it’s really about supporting non-profit organisations and being part of a responsible corporate citizen.’

Keep up with the latest developments in Bank of America’s Art Conservation Project in future issues of Arts & Collections.