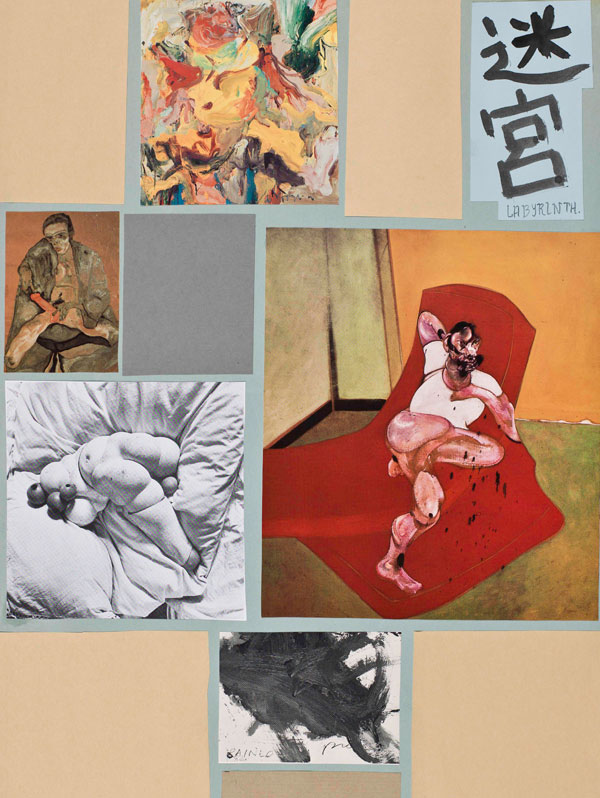 Los Angeles based artist Richard Hawkins (* 1961) will unveil a new commission for Tate Liverpool this spring 28 February – 11 May 2014. The first museum exhibition of his work in the UK brings together a significant number of new works by the artist. The exhibition traces how iconic works from Western modern art has been interpreted or ‘twisted’ in a different cultural context to create images and ideas clashing with orthodox interpretations of art history.

Since emerging in the early 1990s, Hawkins has developed a diverse practice based on the juxtaposition of images and ideas. The exhibition presents major mid-century works by figures including Francis Bacon and Willem De Kooning, revealing their influence on iconic Japanese artist Tatsumi Hijikata (1928–1986). New and recent works by Hawkins continue this journey, proposing further correspondences across art-forms while revealing the influence of Hijikata’s work on Hawkins’s own art.

The work of Hijikata will go on display in the gallery in the form of his scrapbooks. The scrapbooks montage Western art imagery, revealing the unseemly inspiration of abstract painting on Hijikata’s conception of Butoh, a surreal and literary mode of performance developed during the 1960s. Richard Hawkins: Hijikata Twistchallenges the usual accounts that Butoh was formed as a direct response to Japan’s post-World War Two trauma, Hawkins’s new work instead reveals the surprising effect of painterly abstraction on Butoh.

Taken as a whole, Hawkins’s exhibition highlights the ways in which the recurring motifs in Western art found an unlikely migratory influence in the form of Japanese avant-garde performance, through to the work of Hawkins himself as a contemporary American artist.