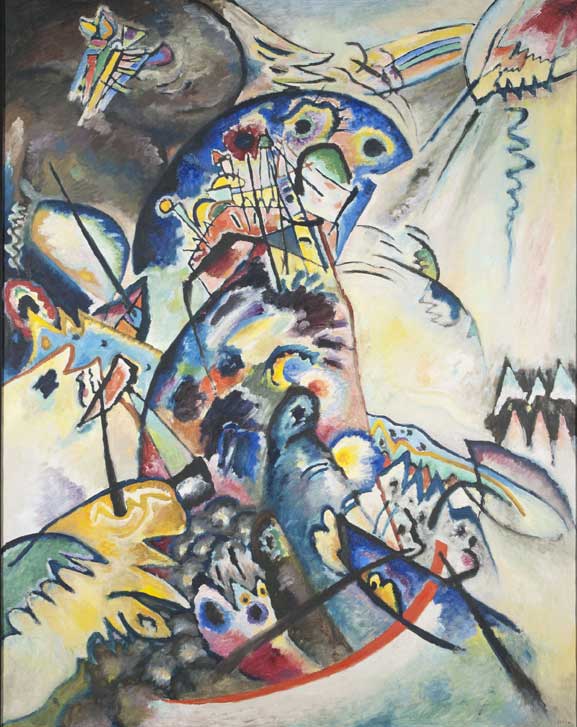 A new exhibition at the Royal Academy examines the radical, deeply political russian art that flourished in the first years of the Russian Revolution.

Emerging across Europe from the  early 1850s onwards, avant-garde art prized originality and radical experimentation. Unorthodox by design, it sought to challenge received notions of art, culture and society, whether it was cubism’s innovations of form or futurism’s revolutionary social vision. In Russia it was a diverse and multi-layered movement with an impassioned desire to transform society; utopian ideals that found their greatest realisation in the Russian Revolution of 1917 and the years that followed.

The end of Tsarist rule and the state repression that accompanied it inaugurated a period when artists fused socio-political concerns with groundbreaking experimentation in painting, sculpture, film, literature, theatre, photography, architecture and the decorative arts.

Avant-garde artists sought a break with the past and to articulate a new type of art for the people; a heady mingling of ideas, politics and passion where creative freedom and the possibilities that came with it seemed endless. Eventually, however, it was violently suppressed as Stalin consolidated his grip on the state in the early 1930s, after which socialist realism became the only acceptable face of communist art.

Next year in February 2017, to mark the centenary of the Russian Revolution, the Royal Academy of Arts is staging a landmark exhibition that will examine this intense period of artistic innovation, starting with the October Revolution of 1917 and culminating in 1932, when art critic and curator Nikolai Punin staged a major exhibition of avant-garde art at the State Russian Museum in Leningrad.

In a first for exhibitions on 20th century Russian art in this country, Revolution: Russian Art 1917-1932 will chart the diversity of this period by focusing on both avant-garde and socialist realism artists, from modernist luminaries such as Chagall, Kandinsky, Malevich and Tatlin to socialist realist figures such as Brodksy, Deineka, Mukhina and Samokhvalov.

Pieces on show—many of which have never been seen before—will include photography, sculpture, porcelain, film, paintings and posters, from the dynamic abstract compositions of Malevich to the pioneering films of Eisenstein. There will also be a plethora of more prosaic items such as propaganda posters, ration coupons, porcelain, textiles and more.

Particular highlights from a collection of over 200 works include a whole gallery dedicated to more than 30 paintings and architectons by Malevich—seen together for the first time since 1932—as well as a room dedicated to the work of Kuzma Petrov-Vodkin.

The Royal Academy’s show aims to interrogate the complex and often turbulent nature of this post-Revolutionary period—where art and politics were often intertwined—by showcasing a wide array of works that will be divided into broad thematic sections.

Salute the Leader charts Lenin’s ascent to power and his rise to cult status after death, as well as the arrival of Stalin. Man and Machine examines how painting, photography and film recorded the efforts of proletarian worker heroes, whose feats promoted the successes of Soviet industry and technology.

Brave New World looks at the advent of a new cultural world, and the Fate of the Peasant examines the effect of collective farming on rural Russian life. Eternal Russia tracks the enduring presence of images of old Russia in revolutionary society and New City, New Society looks at urban life under Lenin’s New Economic Policy in the 1920s. Finally, Stalin’s Utopia examines the dictator’s mammoth public projects and the darkening nature of his political vision.

Find out more upcoming exhibitions like this revolutionary russian art at the Royal Academy on Arts & Collections.

The Art of Bespoke Bicycles