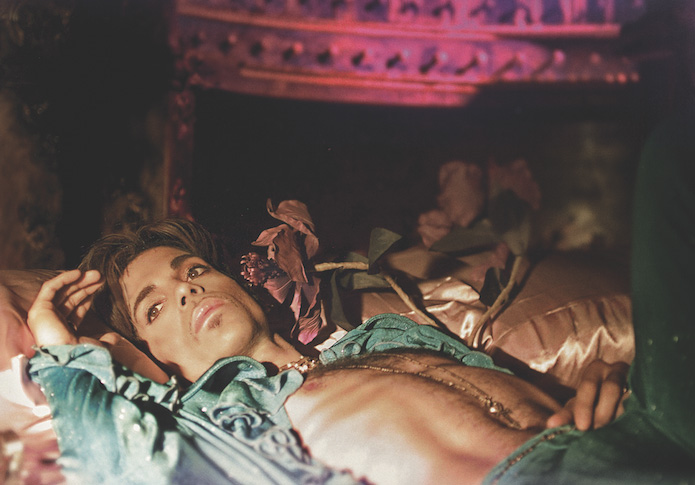 Items belonging to music legend Prince will go on sale at New York’s Hard Rock Café on Friday 18 May.

The sale, held by Julien’s Auctions, aims to pay homage to one of the all-time greatest purveyors of music.

In an exclusive presentation of the seven-time, Grammy-winning singer/songwriter’s life and career, Julien’s will collate an eclectic miscellany of Prince’s possessions as part of their two-day MUSIC ICONS auction.

PROPERTY FROM THE LIFE AND CAREER OF PRINCE, which follows last season’s record-breaking sale ($700,000) of a guitar played by the late superstar, will include iconic clothing from his wardrobe, alongside guitars and memorabilia.

Darren Julien, Julien’s Auctions president and CEO, said: ‘Prince walks among the rock and roll legends who changed the world and the musical landscape with his incredible artistry and brilliance.

‘Each piece in this dazzling collection celebrates the man, the music and the moments of an extraordinary and passionate artist whose distinct style and sound set him apart from all other music icons and made him a cultural phenomenon that we will most likely never see the likes of again.’

Born Prince Rodgers Nelson in 1958 in Minneapolis, Minnesota—known the world over by his first name—Prince’s extraordinary musical talents place him alongside goliaths of pop, Michael Jackson, Madonna and The Beatles.

His unique gift as a recording artist will cement him in the annals of music history forever.

A musical prodigy and multi-instrumentalist by his early teens, Prince signed his first record deal aged 18 with Warner Bros. Records. The deal was signed under the proviso the young musician would self-produce his own recordings.

This stipulation signalled Prince’s staunch belief in artist control—a concept he pioneered and would carry with him throughout his 40-year career in the music industry.

Music from his first albums For You (1978) and Prince (1979), including the hit single ‘I Wanna Be Your Lover’, displayed hints of the sensuality and charisma that would define his music and image into the 80s and beyond.

The release of his 1984 album, Purple Rain, catapulted Prince to the dizzy heights of global superstardom. The album was made into a feature-length motion picture starring Prince and his iconic mixed race and mixed gender band.

A champion of androgynous attire, Prince was famous for his high-heeled shoes.

For decades he wore them in the public sphere with quasi-religious fervour. And he said he wore them, not because he wanted to be taller, but because ‘women like ‘em’.

While fashion clearly played a big role in Prince’s life, his aesthetic was never a go-to source of inspiration for designers. His subversion of style norms pushed the boundaries so far he became obscure—an oddity—to many.

But Prince was an artist who transformed the apparent tropes of kitsch femininity—lace, ruffles, sequins and high heels—into the messengers of masculine sex appeal.

He questioned our ideas about gender fluidity. And, in wearing them so regularly, he changed the idea of men in heels from joke to possibility.

For this, his enormous influence cannot be underscored enough.

Click here to find out more about Julien’s Auctions PROPERTY FROM THE LIFE AND CAREER OF PRINCE.