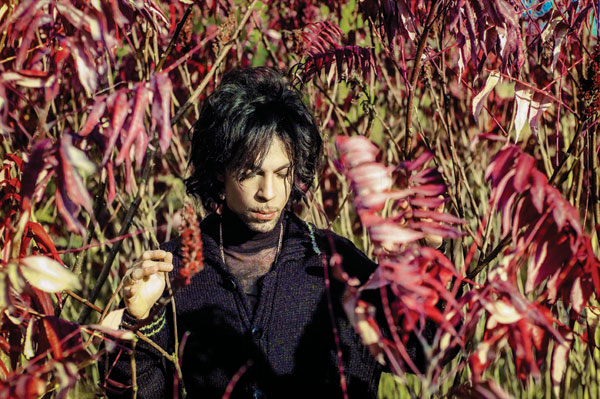 Proud Galleries in London is presenting a collection of rare and intimate prints celebrating the flamboyant character of the acclaimed U.S. musician, Prince. Running from 9 November to 3 December, Picturing Prince: Photographs by Steve Parke will allow viewers to see the musical artist from a truly unique perspective.

Steve Parke is an award winning illustrator, designer and photographer. He met Prince in the late 80s at the renowned private estate and recording studio, Paisley Park. After realising their compatibility, Parke went on to work as Prince’s personal art director for 13 years.

He was entrusted with the task of designing Prince’s album covers, hand-painting his guitars and organising the aesthetics of his music videos—often working overnight to achieve his visions. Parke is credited for shaping the eclectic image that Prince is still remembered for today, even after his untimely death in 2016 at the age of 57.

Steve Parke’s new exhibition slowly unveils the exceptional relationship between the two figures, one that stretched further than that of an artist and art director. Although Parke was technically an employee of the superstar, the two shared a deep connection.

Recalling the inception of a particularly captivating image taken through the marshy reeds at Paisley Park, Parke said: ‘I knew I was pushing it but I thought the shot would be worth it. He stepped back and back and back. I can only imagine he was starting to sink, but he didn’t seem to mind. “That’s great,” I said finally. As I looked through the lens I noticed his demeanour was a world apart from his usual one: he just seemed utterly relaxed and at peace.’

The pair’s creative alliance culminated in an extensive body of work that showed Prince in a vulnerable, real and humanistic light—one that was rarely seen by the public. Parke’s documentation of Prince’s life delves into the depths of the pop icon’s larger-than-life persona to discover the real man underneath.

Impromptu shoots that were staged around the Paisley Park estate offer a glimpse into the celebrity’s life away from the stage. Exploring themes of sexual fluidity, diversity and freedom of expression, the new exhibition promises to capture the imagination of those who attend. A large proportion of these images are being published for the very first time, making it all the more appealing for avid Prince fans.

The retrospective coincides with the release of Parke’s acclaimed photobook, Picturing Prince. The fully illustrated book is a product of the Octopus Publishing Group.