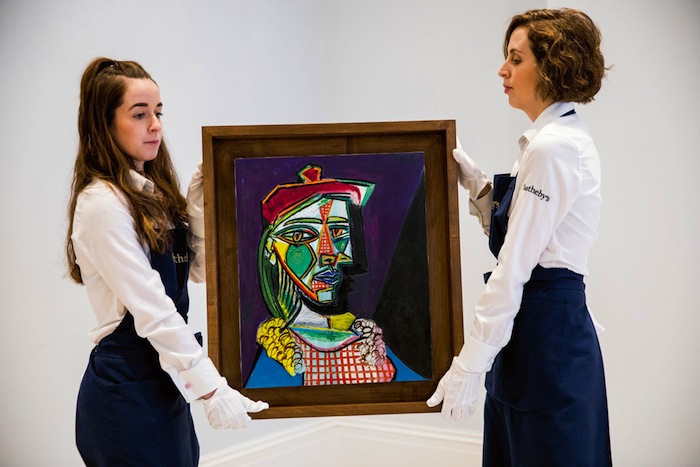 The Picasso portrait of the artist’s weeping ‘golden’ muse makes second-highest auction price for any work of art ever sold in Europe.

It is the fist time the portrait—completed in the same year as the monumental masterpiece Guernica (1937)—was sold on the market, having previously been part of a private collection. The oil on canvas work led the sale, whose other ongoing highlights include a one-of-a-kind chandelier by Alberto Giacometti, which lit up the saleroom with £7.6 million, and Picasso’s Le matador (1970), which fetched £16.5 million.

Thomas Bompard, head of Sotheby’s London Impressionist and Modern Art Evening Sales, called the Weeping ‘Golden’ Muse ‘one of the greatest portraits by Picasso to appear on the market in recent years.’

He said: ‘Of all of the artist’s styles and decades, this is the one that most epitomises the legacy of Picasso as a portraitist of women—with this particular painting encompassing all of the key elements for which he is recognised and celebrated.’