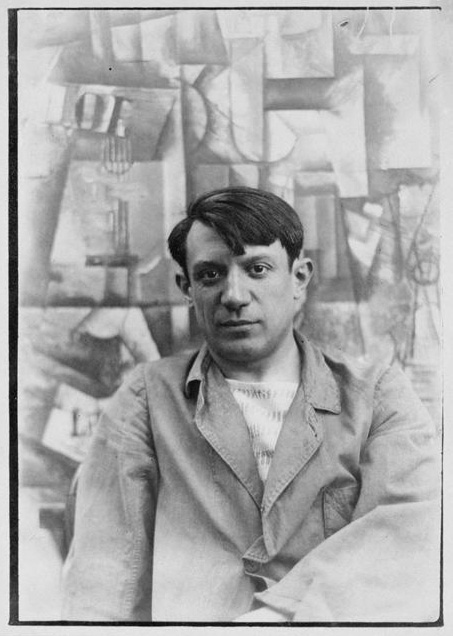 Pablo Picasso’s enormous influence on 20th century art is unparalleled. Thanks to his innovative spirit, he is without doubt among the most celebrated artists of his time.

Today, Picasso’s work continues to weave indelible traces into the fabric of humanity, and he will be remembered as one of the most enduring artists of all time.

A School of Paris painter, etcher, sculptor, lithographer, ceramist and designer, Picasso was responsible for pioneering the Cubist movement along with Georges Braque.

He is also credited for co-founding the collage art style and inventing constructed sculpture.

Picasso’s rarefied ability to produce works in a remarkable range of styles rendered him well renowned in his own lifetime. Prior to him, no other artist had impacted the art world on such a vast scale, or enjoyed such a mass following of fans and critics alike.

Indeed, before his 50th birthday the Spanish-born artist became the most recognized name in modern art—his distinct approach and eye for creation at the forefront of his attributes.

The son of an art teacher, Picasso was born of creative stock and showed early signs of precocity. His burgeoning creative flair became apparent when, at 14, he entered the School of Fine Arts in Barcelona following his family’s relocation to the Catalonian capital.

In 1897, Picasso entered Madrid Academy where his artistic acumen began to flourish.

He first visited Paris in 1900, and returned in 1901 when he held his inaugural one-man exhibition at the Galerie Vollard.

In 1905, Picasso painted circus folk and embarked on his ‘Rose Period’.

1906-7 marked the start of a more revolutionary period influenced by Paul Cézanne and African art.

Picasso met Braque in 1907 and together they founded Cubism.

He then designed sets and costumes for Parade and other Diaghilev ballets, 1917-24.

He made some neoclassical figure paintings to parallel later Cubism between 1920-4.

In 1925, he started to make more expressive and metamorphic works, and in the following years he frequently exhibited with the Surrealists.

Between 1928-34, he completed an important series of wrought-iron constructions and modeled sculptures.

He was awarded First Prize at the 1930 Pittsburgh International.

Guernica (1937), inspired by the devastating bombing of the Spanish city of that name, cemented Picasso’s reputation as a modern art maestro.

Picasso lived in Paris throughout the Occupation.

From 1946 he resided mainly in the south of France, and from 1958 near Aix-en-Provence where he sustained a prolific output of paintings, sculptures, etchings, lithographs and ceramics.

Some dismiss Avant-garde art as childlike due to its abstract way of treating subject matter. Those people often claim modern artists cannot paint, and that is why they depict blocks or squares.

In Pablo Picasso’s case, nothing could be further from the truth.

From a very young age, Picasso displayed an adept ability to convey life. His early paintings were anything but childlike; he could portray a life model on paper with striking resemblance. Given the creative environment in which he was brought up, Picasso’s innate talents were nurtured, encouraged and developed during his childhood.

He produced his first oil painting, Picador (1889), at aged eight. At 15, he produced Science and Charity (1897), which preempted his Blue Period style.

Having achieved excellence in the field of realistic representation, Picasso eschewed this way of painting as he deemed it archaic.

From then on he crafted his own, distinctly modern, style.

Most people are aware of Picasso’s Blue Period. During this somber time, the impecunious artist both experienced and depicted scenes of poverty and destitution.

Picasso’s works in this period are characterized by virtually monochromatic paintings in shades of blue and blue-green, occasionally warmed by other colours.

As the name suggests, the Rose Period marked the start of happier, more prosperous, times for Pablo Picasso. And this was reflected in warmer, brighter tones in his work and in the circus-going subjects it depicted.

The bohemian artist Fernande Olivier was Picasso’s lover and muse during this time; she subsequently appeared in many of these more optimistic paintings.

For Pablo Picasso, a seminal moment was the Paul Cezanne retrospective held at the Salon d’Automne. Following the retrospective, Picasso became very influenced by Cezanne’s work.

This influence coincided with the arrival of the aesthetic of African sculpture on the European art scene, and led Picasso’s first masterpiece: ‘Les Demoiselles d’Avignon’ (1907).

A convergence of influences—from Paul Cezanne and Henri Rousseau to archaic and tribal art—set Pablo Picasso on the path to Cubism.

The Cubist style, spearheaded by Georges Braque and Picasso, used mainly neutral colours and endeavoured to emphasize synthesis of forms in the picture.

During this period, the use of extraneous materials such as newspapers or tobacco wrappers is associated with Picasso’s development of the novel collage technique.

In a break from extreme modernism, in 1917 Pablo Picasso visited Italy and drew works reminiscent of Raphael and Ingres.

Following this, Picasso seemed to move effortlessly into Surrealism, producing the masterpiece: ‘Guernica’ (1937), a turbulent and masterful combination of style that encapsulates the despair of war.