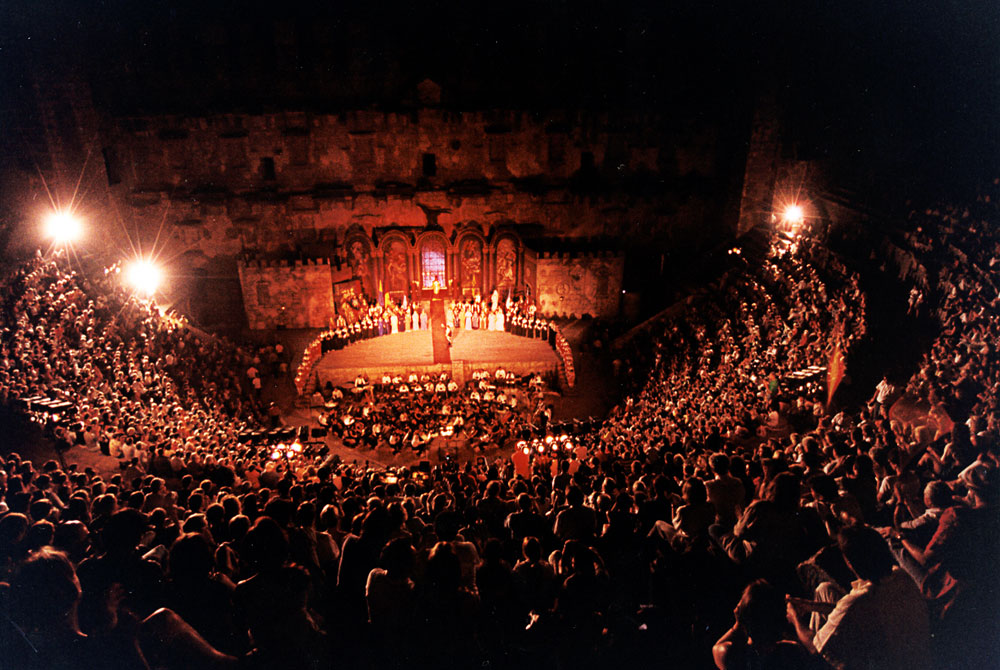 Opera and ballet of the highest order, in stunning settings of antiquity, are what we are promised in Turkey’s lavish festivals this summer.

An attractive land of mystery, of exotic art and culture, a land ‘full of eastern promise’ was how Turkey—or the Ottoman Empire as it was once known—was perceived in the west for many centuries. To westerners, for example, the instruments used in the country’s ‘marching bands’ entranced our most famous classical composers of the eighteenth century, in particular Haydn, Mozart, and Beethoven, who have each left us with examples of the so-called Alla Turca style. For example, Mozart’s Piano Sonata No. 11 became popularly known as the ‘Turkish March’, and also his opera Il Seraglio shows Turkish influences.

These powerful connections have endured today in the Republic of Turkey, a country that is proud to have developed its national opera and ballet companies to the very highest level. For example, the International Bodrum Ballet Festival (July 29-August 16) is organised by the Directorate General of State Opera and Ballet in Halicarnassus, Bodrum, and every year the event brings us the best examples of world-renowned ballet repertoire as well as original works of art of Turkish ballet.

This event is preceded by the 5th International Istanbul Opera Festival (June 3-17). The festival takes place in a dramatic historical setting, popular with audiences from around the world. Opera and ballet fans flock to the city for what has become know as an unforgettable cultural experience. The organisers are the Republic of Turkey Ministry of Culture and Tourism, who comment: ‘Achieving an opera festival is a remarkable breakthrough for proving the magnitude of the cultural development of Istanbul, both as a historic and significant world metropolis, with a population of 17 million people, which is twice the population of many European countries.’

Just 10 miles from the coast bordering the Mediterranean Sea is the historic town of Aspendos. A month-long International Opera and Ballet Festival takes place here (August 30-September 30), staged in the magical atmosphere of the 2,000-year-old Aspendos Amphitheatre, built in the time of Marcus Aurelius. This is a stunning location and the festival itself has become one of the highlights of the season since it began in 1994.