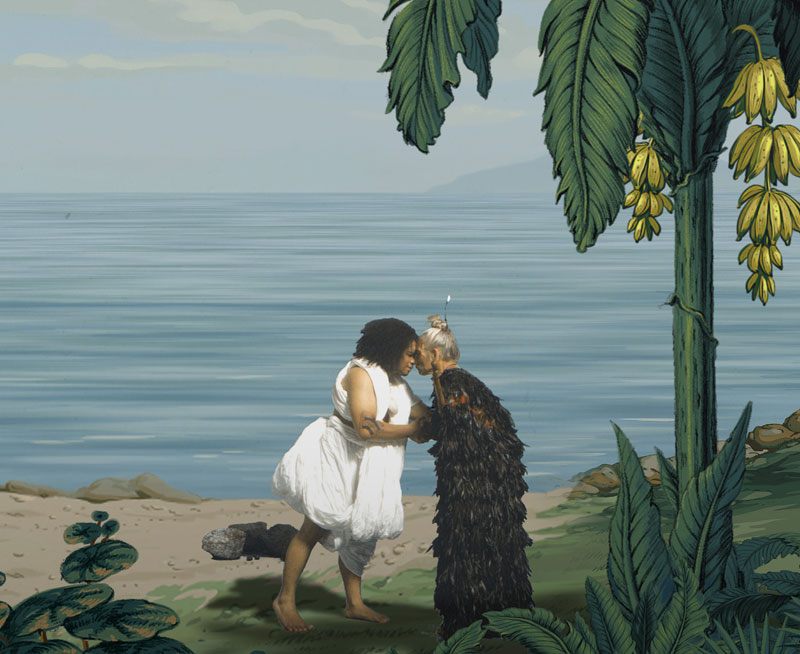 Oceania, the Royal Academy of Art’s fascinating new exhibition, is set to enthrall and entrance—showing from 29 September until 10 December 2018.

Marking 250 years since Cook’s momentous voyage, the London gallery will explore the diversity of art from the South Pacific. Coincidentally, the Royal Academy was founded in the same year: 1768. This period, better known as the Age of Enlightenment, saw Cook explore the unknown southern continent and meet a vast network of island civilisations.

From the black sand beaches of Tahiti to the dense forests of Papua New Guinea, the retrospective seeks to shed light on the dazzling culture from this part of the globe. 200 objects and works from the region will be brought together to fill the space. The display will present a range of archaic relics that will stand alongside contemporary offerings. One of the starring pieces of the show is a full-sized decorative Oceanic canoe. Meanwhile, indigenous navigational charts and bowls used for cannibalistic ceremonies will add further intrigue to the display. Another prominent object to appear is the ‘god of war’ sculpture from the Hawaiian Islands, which is adorned with mother of pearl, feathers and dog’s teeth in the jawline.

Approximately three quarters of the objects in the exhibition have been sourced from European museums, partly as an assurance of their provenance. There have also been some disputes over the restitution of certain artefacts, mainly those that comprise of human remains. In response, the exhibition has made it possible for residents of New Zealand and the Kingdom of Tonga to visit the display for free.

Curator of the Royal Academy of Arts, Adrian Locke commented: ‘We have one loan agreement suggesting that if there is a living descendant of a particular artist that we should make [possible] their passage to see the exhibition.’

Throughout the Royal Academy of Art’s exhibition, the theme of voyaging is explored. As are more complex notions of place making, identity, climate change, strange encounters and the merging of separate traditions. The academy’s longstanding appreciation for world cultures is demonstrated through their previous events such as Africa: The Art of a Continent (1995), Aztecs (2002), Turks: A Journey of a Thousand Years (2005) and China: The Three Emperors, 1662-1795 (2005).

If you have enjoyed this article: ‘Oceania: The Royal Academy of Art’s Fascinating New Exhibition’, click here to read more on Arts & Collections about Monet’s new exhibition in London.