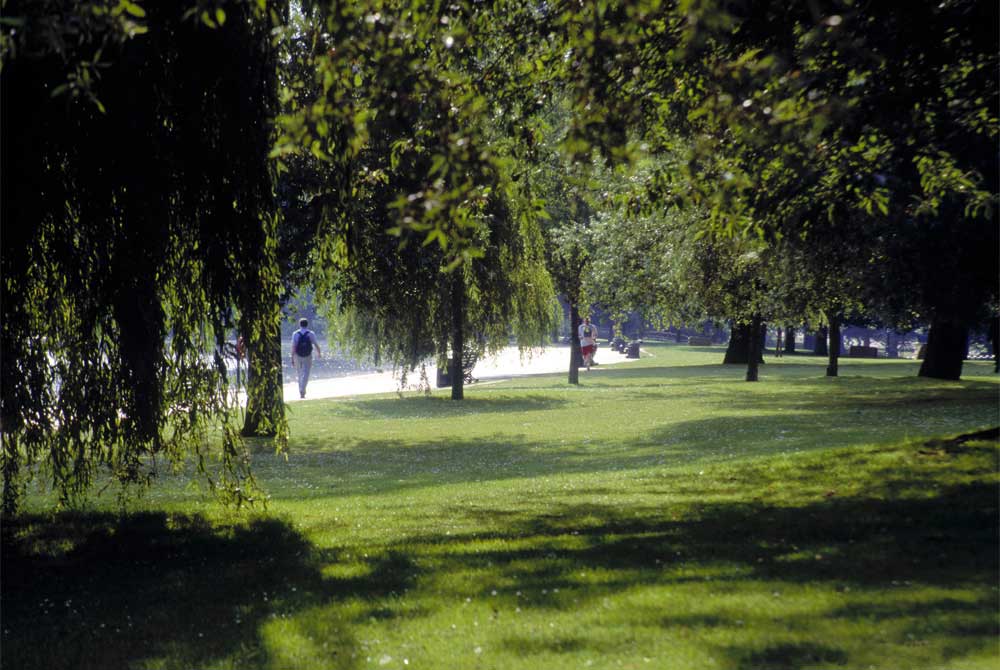 As a world centre for both business and civilised relaxation, the charm of London has few rivals. Charles Ford guides us across a city rich in culture, pointing out a few less-known landmarks along the way.

If you’re coming into Heathrow, long-haul, no doubt you’ll feel a little creased. And if you’re travelling west to east, time really does fly because you’re travelling against the rotation of the earth, and the sun’s already coming up when you’ve only had a couple of hours sleep (if you’re lucky). So, keep going through the day, that’s my advice. Don’t crash as soon as you check in. If you’re in Mayfair, Kensington, or Knightsbridge, take a walk across beautiful Hyde Park which adjoins Kensington Gardens.

Plug in your iPod and listen to some music. And let it be Mozart! YOUNG GENIUS Mozart, by the way, visited London to play for King George III – in 1764/5, as a child prodigy aged seven. You can see the site of the house where he is said to have composed his first symphonies, Mozart Terrace, Ebury Street in Pimlico, a 15-minute walk from Sloane Square. And if you make it to Pimlico, then the Tate Galleries are just a short walk away. More on that later.

Kensington, SW7, is where you’ll find the mighty Victoria & Albert Museum, housing probably the world’s greatest collection of decorative arts. The museum was founded in 1852, with the high-minded ideal of ‘supporting and encouraging excellence in art and design’. You can go all the way from fourteenth-century Nepalese masks to Vivienne Westwood’s platform shoes.

All this and more

Here’s a list showing the depth and range of the collections:

The V&A has numerous permanent and changing exhibitions. One of my favourites of the former is the collection of History, Periods and Styles. This takes us from Renaissance and medieval times through the centuries up to modern times. Here you can even catch audio recordings from the last century, reminiscences of bygone days, such as, ‘Avocado, kiwi, even peppers – we didn’t know what it was for. Papaya, there were none of those exotic fruits.

Pineapple you saw before the war, but you didn’t see them again until after. Or a banana. I didn’t know what a banana looked like until after the war. Oh, that’s right you did your cleaning on Thursday, usually. Saturday was slightly a day off, but not all that much and Sunday was the day when you had roast meat. Everybody changed their clothes, they were only changed once a week and they were put in the wash for the next day.’

And while you’re in the SW7 area, be sure not to miss the Science Museum or the Natural History Museum. Including the V&A, these three museums are all within 10 minutes’ walk of one another.

After many years, I met Jim Farrell again. Jim’s a high flyer for a global corporation whose name he said I mustn’t mention. He was sitting at the bar in the Park Lane Hotel staring at a rusty nail. As he sipped it, he looked sideways at me and said: ‘You know, I shouldn’t be here …’ I waited. ‘You see, couple of years back I had this crazy idea. Flying here and there all the time, I thought, I’ll buy my wife a watch at every stop.’ A love gift. ‘Do you have any idea just how many business trips I’ve made in the last 10 years alone? My wife, she has well over a hundred watches. You could do an article on my wife’s watch collection. She has watches coming out of her ears. And, believe me, it’s getting more and more expensive.

I’ll be ruined. So now, whenever I can, I stay home and send others off travelling. But London, listen, I can’t miss London.’ I have some advice I know Jim will thank me for. Go at once to Tiffany & Co, Bond Street – that’s where all smart purchasers of watches go. A great range of love gifts. And just a few paces away you’ll find that other oasis of elegant design, Cartier, with many uniquely designed watches. And how about Mont Blanc Chanel Boutique watches, they’re pretty saucy. Then there are the London auction houses, Christie’s, Sotheby’s, Bonham’s, with their fabulous antique watch sales. Jim, I feel your watch-buying days are only just starting.

For the many tourists who want to be photographed standing outside the gates of Buckingham Palace, that’s good enough. But you can actually go inside. One of London’s best-kept secrets is The Queen’s Gallery in Buckingham House, as it used to be called.

Here you’ll find a permanent space dedicated to changing exhibitions of items from the Royal Collection, the wide-ranging collection of art and treasures held in trust by the Queen for the nation. Constructed 40 years ago on the west front of the palace out of the bomb-damaged ruins of the former private chapel, the Gallery has recently been redeveloped and is now open to the public on a daily basis.

The Courtauld Institute of Art, is situated in Somerset House, Strand (near Covent Garden). This gallery has one of the most important collections in Britain, including world-famous Old Masters, Impressionist and Post-Impressionist paintings, and an outstanding prints and drawings collection featuring work by Michelangelo, Rembrandt, Cézanne and Turner. For me, it’s one of London’s gems: www.courtauld.ac.uk

A pleasant walk from Buckingham Palace up The Mall takes you to Trafalgar Square. As you near Trafalgar Square, on the left, you’ll find the Institute of Contemporary Arts where there are exhibitions of the visual arts and also club nights, music, special film shows, performances, and talks. At the vanguard of contemporary art, operating as a public showcase and providing a discussion forum for new and challenging works, the ICA likes to experiment with the presentation of the arts; for example, putting on ‘digitally driven’ events.

The ICA is a happening place (oh yes, and the bar is open Tuesday to Sunday till 11pm).

Be sure not to miss the National Portrait Gallery, five minutes’ walk away from the National Gallery. Portraits are such a fascinating and intense medium, you’ll spend an enthralling couple of hours here, looking at a vast array of famous people painted or photographed by many top artists. The gallery was founded in 1852 ‘to collect the likenesses of famous British men and women’. The collection is the most comprehensive of its kind in the world.

By now you may be weary from our tramp across London. But, as the great Dr Johnson pronounced, ‘Sir, when a man is tired of London, he is tired of life; for there is in London all that life can afford.’ So, take heed of the great man’s words, and get thee post-haste to Johnson’s House, as he raises his finger to you, saying: ‘If you wish to have a just notion of the magnitude of this city, you must not be satisfied with seeing its great streets and squares, but must survey the innumerable little lanes and courts.’

And indeed it is up a little lane, off Fleet Street, that you will find the good Doctor’s house, at 17 Gough Square (and very conveniently hard by is one of London’s most famous and ancient pubs, Ye Olde Cheshire Cheese, where Johnson would meet with friends to drink ale and set the world aright). The House is hardly a museum but more of uniquely preserved eighteenth-century home, all the more interesting for being the residence of a great literary giant and compiler of one of the earliest English language dictionaries.

Dr Johnson’s House is open to the public throughout the year, from Monday to Saturday. The opening hours are 11am-5.30pm, May to September, and 11am-5pm, October to April. The house is closed on Sundays and Bank Holidays. e-mail: curator@drjohnsons house.org