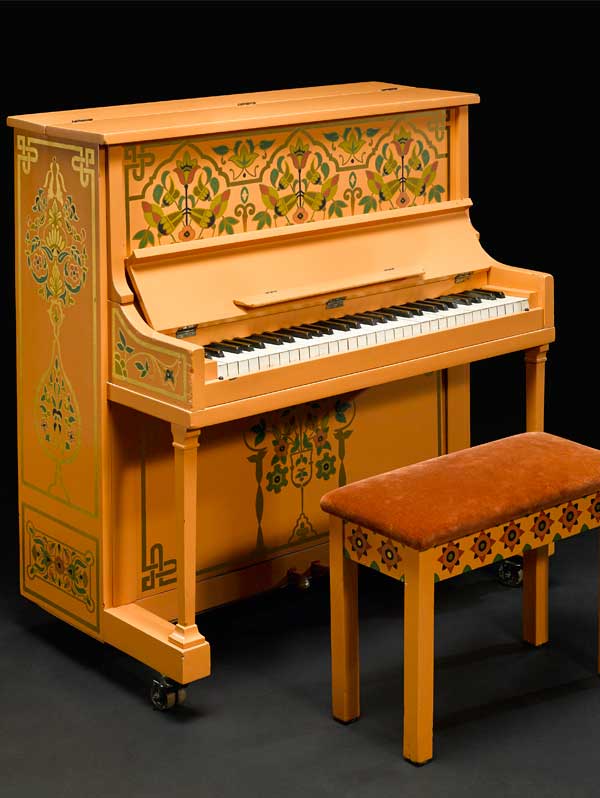 Some of the world’s most precious movie memorabilia has recently come under the hammer, causing excitement amongst an increasing crowd of competitive collectors.

With premium items dating back as far as the golden era of film in the 1940s, movie memorabilia has always held a certain mystique for collectors, whether they are knowledgeable film buffs or simply fans of the picture. While usual factors like rarity and condition often determine the value of such memorabilia, movies that are well-loved by audiences are those most likely to peak collectors’ interest. Thanks to the allure of Hollywood, entertainment memorabilia is likely to intrigue collectors for years to come, especially with social media to whip up interest amongst the growing number of online collectors. For investors, the best items from the most treasured movies are also likely to rise in price, with fierce competition at auction houses raising the stakes.

From the nostalgic melody that opens Herman Hupfeld’s classic record ‘As Time Goes By’, most of us are transported to the smoky surroundings of Rick’s Café Américain, the centre of action in Casablanca. Sam, played by Arthur ‘Dooley’ Wilson, performs Rick and Ilsa’s love theme on an ornate salmon-coloured piano. A focal point of Rick and Ilsa’s romance, the piano also acts as a major plot device when Rick hides stolen letters of transit inside it. This double significance is perhaps why the piano attracted so much attention when it went under the hammer at Bonhams New York in November 2014, selling for $3.4 million.

Other prominent lots in Bonhams’s ‘There’s No Place Like Hollywood’ auction included Aragorn’s sword from The Lord of the Rings: Return of the King and the Cowardly Lion costume worn by Bert Lahr in The Wizard of Oz, which sold for $437,000 and $3 million respectively. As well as sparking enormous excitement on social media, the 90 percent of lots that sold at the auction fetched a total of $9.1 million.

According to Catherine Williamson, Director of Fine Books and Manuscripts and Entertainment Memorabilia at Bonhams Los Angeles, the buzz surrounding the auction demonstrates the appeal of both iconic contemporary films and silver screen classics. ‘Key props, costumes, and scripts from films of all eras continue to reach new heights at auction,’ she explains.

Another recent auction at the Los Angeles branch of Bonhams included a collection of Hollywood treasures, including a suit worn by Sacha Baron Cohen in his role as Kazakh journalist Borat Sagdiyev.  The suit, which is one of only two suits worn by Cohen in his role as Borat, fetched $5,250. Other lots to excite collectors included a cast-signed copy of Margaret Mitchell’s Gone With the Wind ($20,000-30,000), Richard Gere’s 1979 Triumph motorcycle from An Officer and a Gentleman ($10,000-15,000) and a pirate hat worn by Johnny Depp in Pirates of the Caribbean ($8,000-12,000).

‘The interest in movie memorabilia is directly related to the world’s interest in movies,’ says Williamson. ‘Anyone who has seen a movie and been moved can understand the magic that a relic from a beloved film has for a collector.’

Williamson also believes that the more popular a movie is, the more compelling the memorabilia that eventually makes its way to the auction house. ‘Casablanca, The Lord of the Rings and The Wizard of Oz are among the most beloved and well-regarded films of all time, so not only have most people seen these films, but they also happen to love them,’ she says.

According to Alastair McCrea, an Entertainment Memorabilia specialist based at Ewbank’s, films with longevity across several decades create collector interest. ‘The James Bond franchise is still releasing movies and Star Wars is going to generate a new wave of collectors this year with the release of the next installment,’ he predicts.

Treasured movie memorabilia encompasses everything from costumes and props to scripts and signed posters, and Williamson notes the growing popularity of unique production material such as concept artwork and costume designs. ‘Posters are eternally popular, especially with people new to the collecting area,’ she explains. ‘While owning a costume or a prop might be daunting, as caring and storing this kind of memorabilia can be a bit more tricky, most of us have a little wall space to dedicate to the poster from our favourite film.’

Provenance, rarity and condition are all elements that determine value, according to McCrea. ‘If an icon signs thousands of autographs over their career the price drops as the market has been flooded, whereas stars like Alfred Hitchcock rarely signed, so when an autograph does appear collectors go crazy for it.’

Williamson also highlights the importance of how well the film is regarded by the public, and whether the memorabilia plays a key part in the movie—like Sam’s memorable piano from Casablanca. ‘Is it a central plot device? Is it a costume that is instantly recognisable and identifiable with a star role? Or, if it’s a poster, is it rare and striking, and does it convey a good sense of the film itself?’ she asks. Premium items that do tick these boxes provide collectors with a tangible connection to the movie, making the item all the more covetable. Memorabilia from critically acclaimed films is also particularly sought-after.

Despite the price growth of movie memorabilia over the past five years, Williamson says that the area has always proved consistently attractive for collectors—particularly for those treasures that evoke fond memories of our favourite movie moments. ‘There will always be peaks and valleys in this discipline, as there are in every collecting area, but the better things seem to be evergreen.’

The Image as Burden: Marlene Dumas