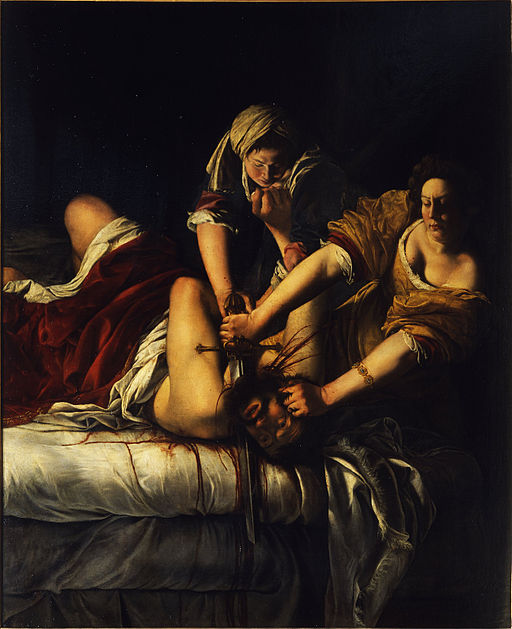 Women are depicted in five of the 10 most expensive paintings in history, yet none were painted by female artists. It’s hard to find a comprehensive list of influential artists throughout time that contains even a single woman. Commonly seen as muses rather than artists, women have often been overlooked and undervalued throughout history.

Read Arts & Collections’ list of women artists who have inspired generations and sold countless works from the Renaissance to the 20th century.

Anguissola was born in 1532 in Italy during the height of the Renaissance. She found great success as a portrait artist, transcending the social expectations for her gender. Anguissola gained a reputation as a great female artist and was invited to paint portraits at the court of the King of Spain, Philip II.

She was unable to have the same resources as her male counterparts; it was considered unacceptable for a lady to study anatomy or life drawing due to the fact that both subjects would involve viewing nudes. Instead, she turned to creating scenes from her own life, experimenting with informal settings—an unusual method at the time

She is known for her expansive collection of portraits she created over the 92 years of her life. Unfortunately, for many years, some of her works were wrongly attributed to male painters. To this day, there are only approximately fifty pieces that have been recognised as the work of Anguissola.

As a young painter, Gentileschi was raped by her tutor. She was subjected to a trial that involved torture and public examination of her body to verify the truth. While this had a negative effect on her reputation, it did wonders for her art.

Gentileschi channelled the trauma of her past to become a great painter. She depicted strong women—especially from the bible. She came back again and again to subject matters that involved women acting violently or vengefully; some scholars propose that this is due to a desire for revenge against her rapist. For example, her Judith Slaying Holofernes (1614-20) is often compared to Caravaggio’s same depiction for being much more realistic and brutal, giving the female figures a much more active and—traditionally—masculine role.

She was the first woman to be accepted into Accademia delle Arti del Disegno.

Vigée Le Brun is credited with painting approximately 660 portraits and 200 landscapes. She broke boundaries with her success; despite being initially denied a formal education in art, King Louis XVI ensured her acceptance into the Royal Academy of Painting and Sculpture and she went on to become a portraitist of the French court. She produced dozens of works of Marie Antoinette and royal family.

She shocked the art world when she exhibited a self-portrait in which she is smiling open-mouthed. Her portrait of Marie Antoinette was withdrawn because people didn’t like how informal it was. It depicted the queen in a simple white dress and straw hat. Although the artist was exiled during the French Revolution for her association with the monarchy, some 30 of her paintings of the queen still survive today, giving her the title of Marie Antoinette’s official painter.

Referred to as ‘the forgotten Impressionist’, Morisot’s work compares to that of Manet and Degas but has been overlooked for decades due to her gender. She was one of the most prominent artists of the Impressionist movement in France, but after her death her work slipped into a low profile. Her work has a dreamy quality; it transforms mundane scenes into masterpieces. She was unable to paint subjects that were considered unseemly for women, therefore much of her work depicts a variety of aspects of feminine life. Her daughter Julie modelled for her on regular occasions.

She learned how to paint with her sisters by copying paintings at the Louvre in Paris. She went on to follow Impressionist tradition by painting en plein air (outside) and her success encouraged even more women to paint.

O’Keeffe holds the record for the highest price paid for a painting by a female artist. Jimson Weed (1932) sold for $44,405,000 in 2014—a far cry from the highest price ever paid for a painting by a male painter, but impressive nonetheless. She had a truly unique style and is famously known for creating ‘zoomed in’ pictures of flowers. O’Keeffe’s work has faced a fairly reductive reading, however she would insist that her creations were not in any way sexual. Due to this view, many of her other paintings—such as those of bleached skulls in New Mexico and New York City skyscrapers—are overlooked.