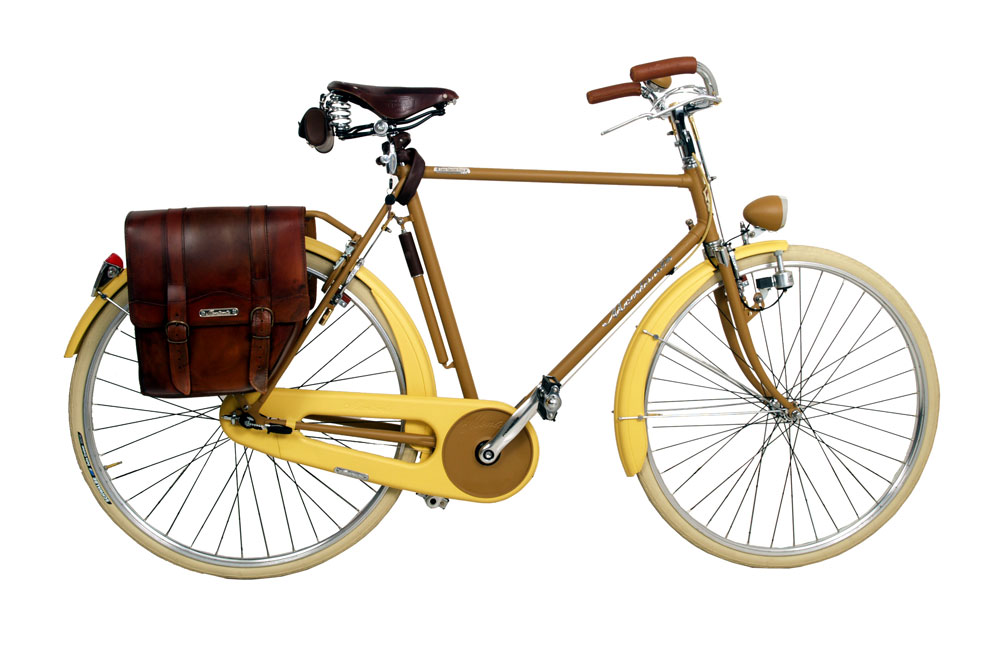 As John F. Kennedy said: ‘Nothing compares to the simple pleasure of a bike ride.’ Lauren King finds out how to push the pedals in style with design bicycles by Montante Cicli.

With every bicycle, it seems there’s always an adventure story the owner has to tell, according to Calogero Montante, founder of Montante Cicli.

Whether you’re riding along the canal paths in Amsterdam or avoiding the traffic congestion in London, International Networks Archive, Princeton University has estimated that 1.4 billion people own a bicycle worldwide.

Bicycle design has changed considerably since the Draissine that was used in Europe and America during the early nineteenth century. Designed by Karl von Drais, a German inventor, the ‘swift-walker’ had no pedals, so the rider had to straddle the bike and push their feet.

As bicycle designs developed, pedals were added for speed and efficiency. One of the first bicycles to feature pedals was the penny farthing, introduced in 1871 by James Starley, a British engineer. With a small rear wheel and a large front wheel, this model is probably the most familiar early bicycle. However, its design was still not ideal as mounting the tall bike required a certain level of skill and some riders had to use a step to enable them to reach the seat with ease.

Although the vehicles have come a long way since then, retro bicycles still appear to have strong appeal today. The Bicycle Museum of America, situated in Ohio, has enjoyed great success with up to 10,000 visitors each year coming to view its vast collection of retro models, which includes the Draissine.

Annette Thompson, co-ordinator at the Museum, says: ‘People are drawn to retro bicycles as they want to relive their childhood. They also want something different so that they stand out from the crowd.’

This admiration for retro-style bicycles has inspired the Montante Cicli collection. Calogero Montante began to make bicycles at the age of 18. His focus on elegance and quality has made his models popular, with both passionate cyclists and with those who just want to be fashionable.

Crafted with precision, each bicycle is designed with a distinct level of detail, from the hand-sewn leather handlebars and saddle to the traditional brake rod, reminiscent of the 1930s style. Although each design adheres to the traditional bicycle style, Montante Cicli are also careful to ensure that these aspects of the design are combined with up-to-date technology that ensures an easy and comfortable ride. As a team they constantly research new developments in technology so that they are always able to provide riders with a bicycle that is able to stand the test of time.

Since the company started in 1908, the prestigious Montante Cicli has established itself as Italy’s leading manufacturer in retro bicycles. As a result, Montante were approached by Maserati to help create their vision of a bicycle in the heritage style of the Maserati 8CTF racing car. The Maserati bicycle has been produced with the same red and chrome coloured design and red leather saddle, handlebars and pedal loops that adorned Wilbur Shaw’s Maserati 8CTF in 1940. Created as a limited series, just 200 bicycles have been produced for sale.

Each Montante bicycle comes with a certificate of authenticity and a personal card that contains a serial number and the owner’s data. In addition, owners can add their individual style to the bicycle by including a sterling silver plate engraved with their name, initials and the date.

Today Montante Cicli is managed by Calogero Montante’s nephew, Antonello Montante. Although Calogero is no longer involved in the company, Montante’s bicycles still maintain the same level of excellence and innovation.