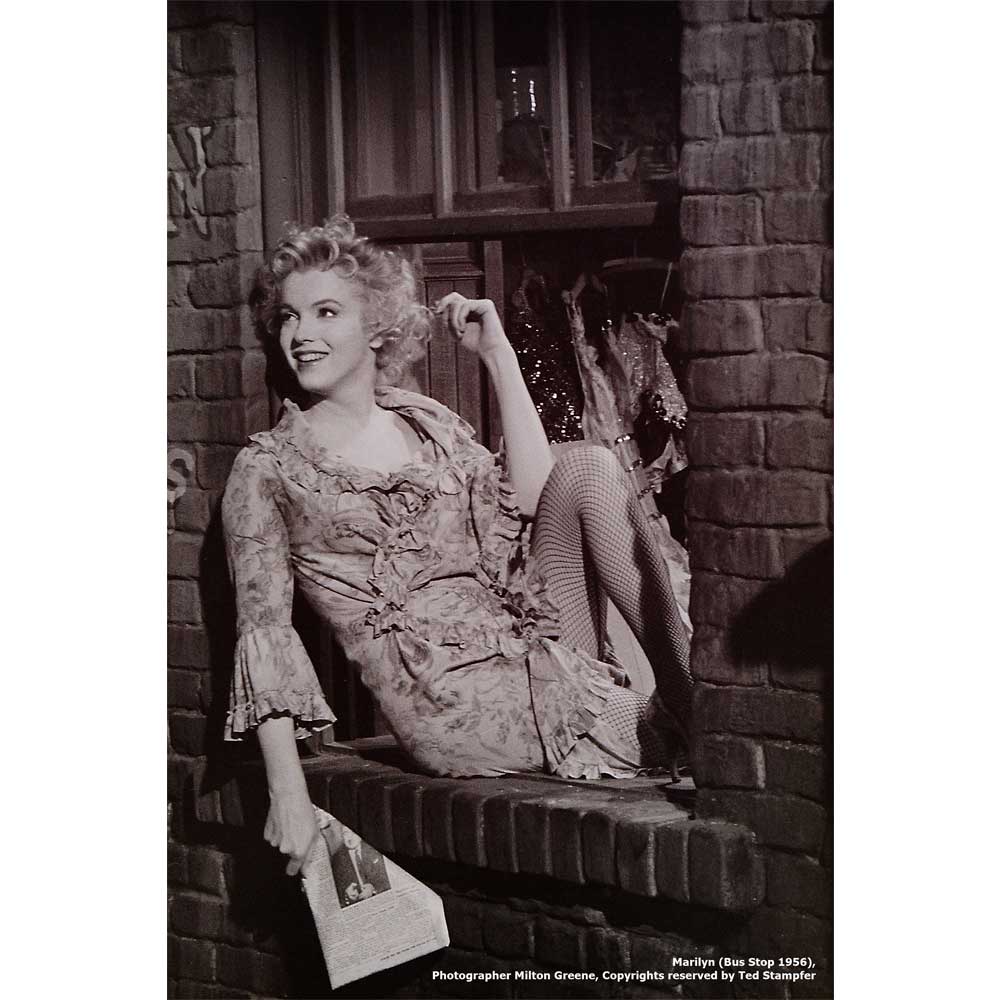 “I never quite understood it, this sex symbol. I always thought symbols were those things you clash together! That’s the trouble, a sex symbol becomes a thing. I just hate to be a thing. But if I’m going to be a symbol of something I’d rather have it sex than some other things they’ve got symbols of.”—Marilyn Monroe in an interview for Life, 1962

In the year that she would have turned 90, the De Nieuwe Kerk museum in Amsterdam will be exhibiting Marilyn Monroe’s most personal belongings. The film star and sex symbol captured America’s (and the world’s) hearts in films such as How to Marry a Millionaire (1953), Gentlemen Prefer Blondes (1953) and Some Like it Hot (1959). In addition to her legendary acting career, Marilyn Monroe (born Norma Jean Mortenson) had a much-publicised private life—she married for the first time at 16, and had a further two high-profile marriages to baseball player Joe DiMaggio and playwright Arthur Miller. She struggled with addiction, depression and anxiety, often attributed to the pressures of her fame, and died at the age of 36 from an overdose of barbiturates.

Marilyn Monroe began her career as a pin-up girl and cover model, although she longed to become an actress, as she explained in an interview for Life in 1962: ‘When I was five, that’s when I started wanting to be an actress. I loved to play. I didn’t like the world around me because it was kind of grim, but I loved to play house. It was like you could make your own boundaries… when I heard this was acting, I said that’s what I want to be.’

During her early career as a model, she posed nude for a series of photographs by Tom Kelley. When she later became a popular actress in comedy films such as As Young as You Feel (1951), Monkey Business (1952) and Don’t Bother to Knock (1952), those same nude photographs caused a scandal—but instead of damaging Marilyn Monroe’s career, they propelled her into the sex symbol status she became famous for.

After her death, Marilyn Monroe’s personal belongings were stored for decades, untouched by her heirs. After 37 years of storage, her possessions were sold at auction—first at Christie’s in New York, followed by a number of other major auction houses. The auction at Christie’s, held over two days and branded ‘The Sale of the Century’, realised over $13 million from the 576 lots sold. Items sold included Marilyn Monroe’s clothing, furs and shoes, furniture from her home, film scripts, jewellery, kitchen items, books from her library, cosmetics, awards, and many other mementos from her private life. The iconic dress that Marilyn Monroe wore to sing ‘Happy Birthday’ to President John F. Kennedy on May 19, 1962, sold at this auction for $1.3 million—the most expensive dress ever sold at auction, a record previously held by one of Princess Diana’s gowns.

Avid Monroe collector Ted Stampfer, who currently owns the world’s largest private collection of its kind, purchased large quantities of Marilyn Monroe’s belongings. The German private art collector, expert, lender and curator of original Marilyn Monroe memorabilia first developed an interest in the Hollywood film star at the age of ten. Initially more interested in her film career, Stampfer then focused on the individual—the myth, the sex symbol, the person, and the period of her life spent in New York. His acquisitions are always made from renowned auction houses, film studio archives and from reputable private collections.

Stampfer’s extensive collection of Marilyn Monroe memorabilia is what makes up this exhibition at the De Nieuwe Kerk, including famous clothing, accessories and personal documents shown alongside photos and video clips. There are a number of photographs of the sex symbol at the start of her modeling career in 1945, before she found her ‘look’ of platinum blonde hair and full red lips—an iconic look that has since inspired a catalogue of copycat actresses and models, and famous works of art (such as Andy Warhol’s series of silkscreen prints).

The exhibition also shows photographs taken on the set of Bus Stop (1956), where she gave a critically acclaimed performance. Marilyn Monroe was often type casted as a ‘dumb blonde’, with films such as the noir Niagara (1953) focusing on her sex appeal. Although she played a significant role in the creation and management of her public persona throughout her career, she was still disappointed at being typecast and underpaid by the studio, despite being a top-billed actress with films grossing $200 million. She reportedly summarized, ‘Hollywood is a place where they’ll pay you a thousand dollars for a kiss and fifty cents for your soul.’

The exhibition about her life and legacy will be on display from 1 October until February 5, 2017, giving an insight into Marilyn Monroe’s world: the successful and glamorous, carefully-constructed external appearance of the transcendent sex symbol and film star, her often lonely and troubled inner world, as well as her witty, creative and progressive personality—a contrast to her ‘dumb blonde’ stereotype.

Marilyn Monroe was determined to make an extraordinary career in her own way; how she succeeded continues to capture the imagination and obsession of many to this day. She was quoted as saying, ‘I don’t mind living in a man’s world, as long as I can be a woman in it’, which sums up who she was and who she wanted to be in the world in which she lived.

See also: Sting and Trudie Styler’s Collection Up For Sale

Cannes Collection: All Your Heart Desires