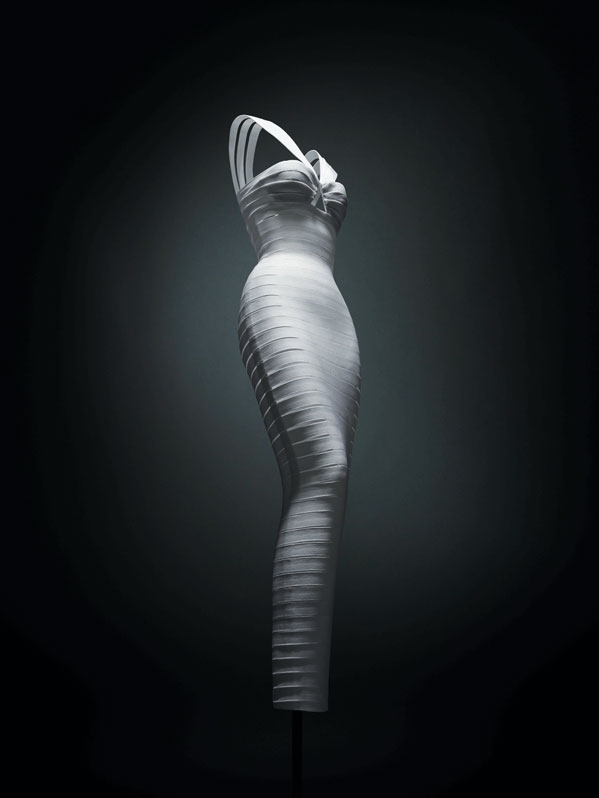 A captivating exhibition dedicated to fashion designer Azzedine Alaïa is currently being housed in the famous Design Museum in London.

Azzedine Alaïa: The Couturier, the first major display dedicated to the late style icon to be housed in the UK, comprises of over 60 rare garments spanning the artist’s stellar career from the early 80s until his last creations.

It encapsulates Alaïa’s work ethic and personal approach that defied the rules of fashion—he was known to work on pieces for years at a time and display them when they were ready; he was never dictated by the fashion industry and its changing seasons.

Conceived and co-curated with Monsieur Alaïa prior to his death in November 2017, the exhibit seeks to explore the couturier’s integrity as a fashion designer as well as his relationship with his famous muses, models, clients and friends.

Standout garments included in the Design Museum’s show include the zipped dress, the bandage dress, the corset belt, the stretch body as well as iconic pieces made early into his career. Although the evolution of his style over the years is clear, there is one underlying motif that ties all his creations together: all his greatest pieces were created with an eye to magnify and flatter the woman’s body.

All these garments will be accompanied by a backdrop of photographs and personal quotes illustrating his life and showing visitors what truly inspired and influenced the couturier’s art and design.

Born in 1935 in Tunisia, Alaïa’s passion for style started at a young age. His glamorous sister Hafida fuelled his interest in couture and a French friend of his mother fed his creativity with copies of Vogue magazine.

After graduating from the École des Beaux-Arts in Tunis, Azzedine Alaïa worked as a dressmaker’s assistant. Soon after that—in 1957—he moved to Paris, the mecca of haute couture. In 1970, he opened his first atelier in his tiny apartment in Rue de Bellechasse. The rest is fashion history.

Over the years, Azzedine Alaïa’s creations have been worn by the world’s most famous, including Lady Gaga, Rihanna, Kim Kardashian, Beyoncé, Michelle Obama and Victoria Beckham.

He has also worked for the industry’s best-known brands—including Christian Dior and Thierry Mugler—and was awarded the National Order of the Legion of Honour by the French government.

Azzedine Alaïa: The Couturier will be on show at the Design Museum in London from 10 May until 7 October 2018.