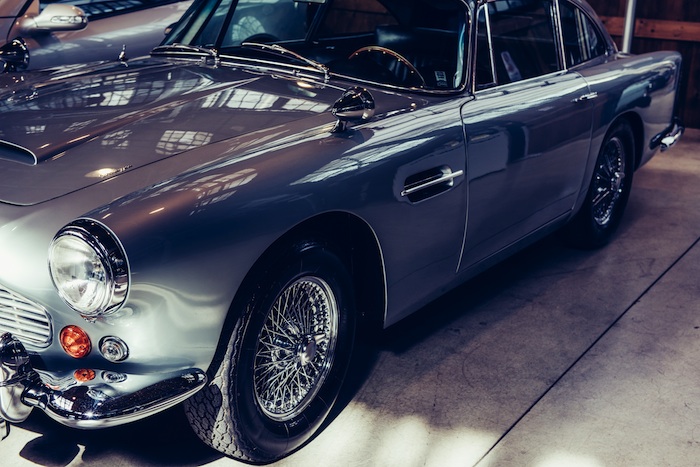 With comment from Andrew Shirley, author of the Knight Frank Luxury Investment Index, Arts & Collections investigates the top-performing assets of 2017 and offers predictions for 2018 and beyond.

The U.K. luxury industry is worth £32.2 billion to the British economy. But, with socioeconomic uncertainty on the horizon, will this sector continue to flourish? We delve into the intricacies of luxury investment and evaluate how each asset is currently faring.

Art was the top-performing asset in the Knight Frank Luxury Investment Index (KFLII) during 2017, overtaking recent front-runners wine and classic cars. According to data from Art Market Research (AMR), the average value of art rose by an impressive 21 percent. The asset skyrocketed after a contrasting pair of portraits made record-breaking sales last year: one created in the late 80s, the other painted during the 15th century. Setting a new record for an American artist, Untitled (1982) by Jean-Michel Basquiat left the art world stunned when it sold for $110.5 million at a Sotheby’s auction. Not long after, the once-in-a-lifetime Old Master painting Salvator Mundi (c.1490) by Leonardo da Vinci appeared on the scene. The Christie’s sale proved that despite criticism of condition and authenticity, an artist’s name carries immeasurable value. The painting sold for a staggering $450 million, smashing the previous world auction record of $179 million set by Picasso’s Women of Algiers (1955) in 2015. Although these are examples are from the top end of the spectrum, they are indicative of the strong performance of the wider art market in 2017.

Director at AMR, Sebastian Duthy, speculates that ‘after a depressed market in 2016 caused widespread concern, consignors were tempted back by auctioneers last year. The desire among wealthy art enthusiasts to add to their new museums carried on through 2017, while the appetites of great institutions such as the Louvre, which opened a new franchise in Abu Dhabi, put more pressure on supply’.

He added, ‘As prices for the very best 19th and 20th-century art continue to hit the headlines, there is hope within the industry that the sensational da Vinci sale could attract a wider audience to Old Masters in 2018.’

Wine, which was KFLII’s top-performing asset class in 2016, put in another stellar performance last year and secured second place. Andrew Gordon, managing director of Private Cellar—a bespoke cellar management service for high net worth collectors—believes that increased demand from Asia could account for the moderate growth seen in the index. ‘Our fine wine list has seen unprecedented turnover in recent months with particularly strong demand for stock with perfect provenance from discerning Asian customers,’ he says. ‘While partly due to the devaluation of sterling against other currencies, I do not believe that it’s a simple currency issue—buyers in the Far East have extremely sophisticated tastes and an ever-increasing depth of knowledge, which makes it an exciting time for buyers and sellers alike,’ he concludes. Scarcity-driven wine markets are remaining particularly strong, notes Nick Martin, founder and executive director of Wine Owners. ‘Burgundy markets rose 16.5 percent on the back of more or less insatiable global demand for the top wines, and a series of short harvests culminating in the 2016 release where some communes were down in volume by as much as 70 percent due to frost damage,’ he says. Rarity, therefore, is a dominant driver of interest in wine collection, as is growing appreciation from international markets.

The assets snapping at the heels of art and wine in the 2017 KFLII are watches, coins, jewellery and cars. While these classes didn’t perform as well overall, they still produced some record-breaking sales. The jewellery sector witnessed the 18.04-carat Rockefeller emerald sell for an astonishing $5.5 million in June 2017 at a Christie’s sale in New York—a record-breaking result. According to AMR, the wider jewellery market saw steady price growth over the last 12 months. Despite being ranked seventh within the 2017 index, classic cars are still the best-performing asset over a 12-year period. Short-term classic car values may have tumbled due to accumulated stock on the market, but overall, the market has shown steady returns since 2005 with average prices rising nearly fourfold since then.

The Knight Frank Wealth Report 2018 ranked the top reasons for wealthy clients to invest in luxury items, these are ordered as follows:

Charu Gandhi, director of Elicyon, a Chelsea-based interior design studio, believes the drive for art and other luxury investment is straightforward: ‘Luxury collections are all about private enjoyment. My clients want to be able to enjoy their favourite pieces with their loved ones every day in the comfort of their home.’

The wealth report also offers the view that technology is a ‘long-term driver of consumer behaviour’. Recent trends prove that shoppers are increasingly opting for the internet over the high street, which in turn could be affecting investment choices. According to audit firm Deloitte, online purchases have risen from almost three percent to over 18 percent in the 10 years from 2006. Forecasts predict that this will rise to 30 percent by 2030.

According to author of the KFLII, Andrew Shirley, investment trends can also be influenced by geographical location, ‘culture and infrastructure’. ‘In China, for example, classic cars tend not to capture the imagination as they do in the U.S. or U.K. That’s partly because people want to drive something new, not second-hand, and young kids growing up don’t have pictures of racing drivers on their walls. Wine, of course, is never going to have a high profile in the Middle East, but jewellery has always been seen as a source of wealth there as well as in Asia,’ he says.

Political uncertainty and seismic currency fluctuations have left the view of investment somewhat foggy. For some sectors, the sharp fall in the value of sterling has been good news—the U.K. tourism industry being a prime example. The weak pound has made the U.K. an attractive destination for foreign visitors, now viewing it as a shopping haven for luxury brands. Tour operator Shanghai Spring Tour reported a surge in trips to London from Chinese travellers—a 20 percent increase since the referendum in 2016.

By the end of July last year, the pound stabilised slightly: staying at around minus 10 percent against the dollar and minus eight percent against the euro. Since then, some early signs of negative macroeconomic activity have started to appear. According to The Telegraph, July’s Markit PMI, data shows that the U.K. economy shrunk at its fastest pace since 2009. This has prompted many to predict that a shallow recession could be on the horizon.

For U.K. retailers, the outlook is dependent on which markets most contribute to their sales—overseas or domestic. Ones that rely on imports from abroad are suffering the most from trade barriers, supply chain vulnerability and legislative changes. Tech giant Apple, for instance, raised its app store prices in the U.K. by 25 percent this January, citing ‘foreign exchange rates’. Likewise, Russian luxury jeweller Fabergé increased its British pricing by 10 percent in March to balance out the sterling depreciation. Meanwhile, British fashion house Burberry reported that their adjusted profit for the year will have ‘boosted by about £90 million if exchange rates remain at current levels, compared with a previous forecast of £50 million’. As Brexit negotiations battle on, the outcome of various members of the luxury sector hangs in the balance.

In an era that’s rife with political and economic unrest, the future of investment is uncertain. However, many wealth management advisors seem confident that investments of passion will remain secure and steadfast. ‘I think the global financial crisis highlighted the risks associated with traditional investment classes such as equities. Since then, tangibility has been much more of a driver for those looking to diversify their investment portfolios. In the more unstable parts of the world, being able to put your wealth into your pocket in the form of jewellery remains an appealing proposition,’ Shirley comments. ‘Because the market is so diverse, it will never remain static, but I think, in general, people are becoming more considerate about what they buy, so 2018 will be a year of steady accumulation. However, there will always be some surprises out there like the $450 million Salvator Mundi,’ he concludes.

Will the rest of 2018 and 2019 bring with them a similar string of unprecedented record prices and extraordinary items of intrinsic value? Let’s just wait and see.