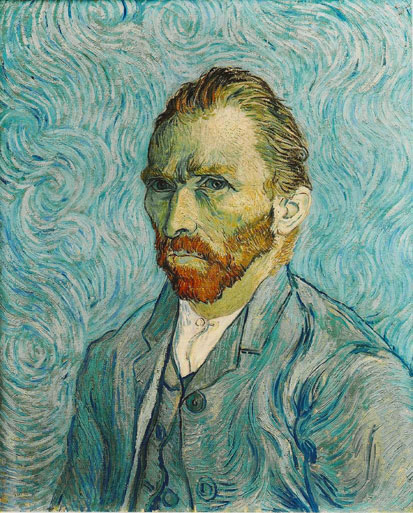 Loving Vincent (2017), a project that has been six years in the making, is the first fully painted feature film in history. The motion picture puts the life of the iconic artist, Vincent Van Gogh, under the microscope.

Every one of the 65,000 frames within the film has been painstakingly created to mimic Van Gogh’s acclaimed Post-Impressionist style with technical precision and patience. This biopic labour of love took a troupe of 125 artists to complete, using Van Gogh’s familiar oil painting techniques. Each sequence has been inspired by specific examples of the artist’s paintings and adapted into a storyline. Works such as Bedroom in Arles (1888), The Night Café (1888) and Still Life with Glass of Absinthe and a Carafe (1887) are all referenced within the film.

The project is the brainchild of British animator, Hugh Welchman, and his Polish-born wife, Dorota Kobiela—a trained artist who graduated from the Academy of Fine Arts in Warsaw, Poland, who originally envisaged the creation of a short film using paint. Soon after Kobiela and Welchman were married, they made the joint decision to pool their creative talents to produce a full-length piece.

The film is set in 1891, a year after Van Gogh’s death. The narrative begins by following a family friend, Armand Roulin (Douglas Booth), and Van Gogh’s family members who seek to unravel the mysterious circumstances of his demise. An all-star cast assembles to make this feature all the more delightful, including Saoirse Ronan, Aidan Turner, Jerome Flynn and Chris O’Dowd.

The movie scenes were initially shot on rudimentary sets, with the cast members acting out the passages. These were then transferred to canvas, frame-by-frame, and artists painted over them. ‘It’s a real dedication, they spent hours and hours in the Van Gogh museum studying the application of the paint, the drying times, the texture,’ Booth remarks.

Hundreds of letters written by the pioneering painter were used to form the basis for the story. While the creators tried to remain true to real life where possible, characters from Van Gogh’s pictorial world were also used to fill the narrative. Blending fact with fiction, the story progresses in a way that is charming, yet not wholly unexpected. Meanwhile, the swirling imagery has a spellbinding effect and masterfully aids the deconstruction of Van Gogh’s life.

So far, reactions from art scholars and film critics have all been very positive. ‘It was a nerve-wracking day for me when I showed it to the two senior researchers at the [Amsterdam-based] Van Gogh museum. It felt a little bit like going back to school,’ Welchman recollects.

For this reason, Welchman was careful not to pose any outlandish theories surrounding Van Gogh’s death within the plot. Rather than providing us with sure answers, the movie taunts the spectator with alternate perceptions of events as told by different characters, allowing us to draw our own conclusions. The film flickers between past and present as flashbacks appear upon the ever-morphing canvas. Unlike other portrayals of the artist that have concentrated on his descent into madness and depression, Welchman intended to unveil a different side to Van Gogh.

‘We really wanted to go away from [the attitude] how do you portray Vincent’s particular craziness and more concentrate on being in a world full of his words and full of his paintings,’ he says.

Not many pieces of work truly merit the word ‘unique’ like Loving Vincent does. The vivid brushstrokes accompanied by Clint Mansell’s elegant score make this stunning biopic a compelling watch.

If you have enjoyed reading this article: ‘Loving Vincent: Van Gogh’s Stunning Biopic’, click here to read more on Arts and Collections about Edvard Munch’s tragic life and works.