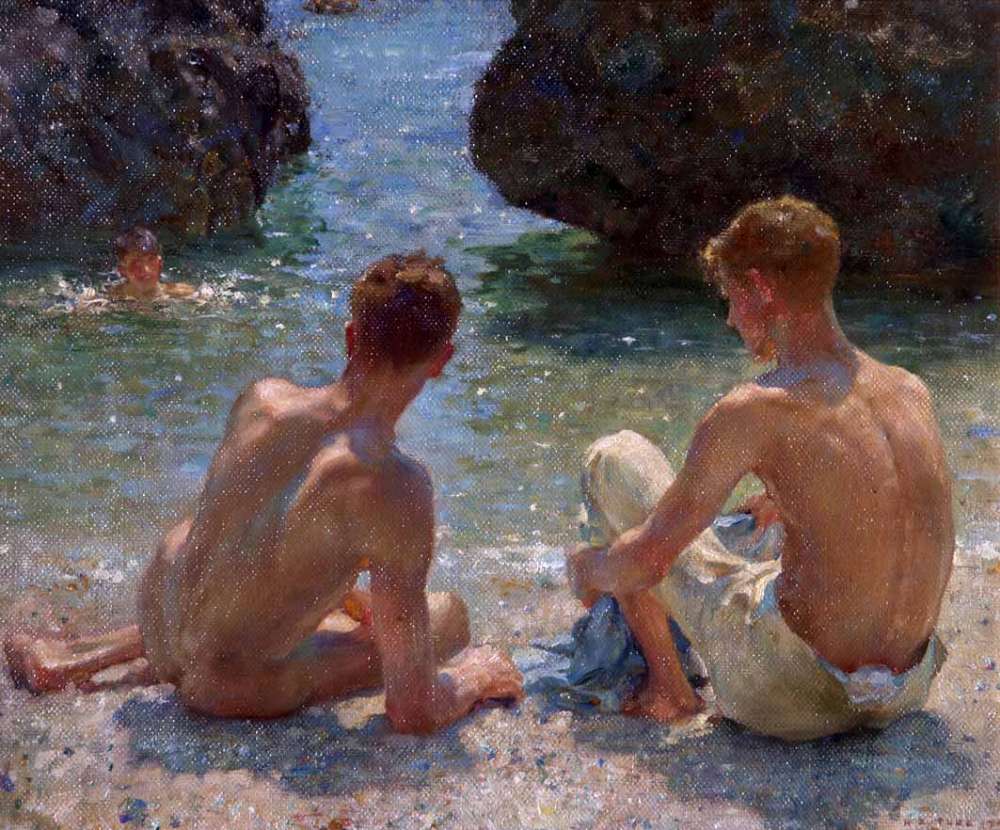 Famous institutions across the country unveil their exhibitions to educate, commemorate and celebrate diversity in every form—leading the discourse on LGBTQ experiences, past and present. Love, Sex & Diversity is one such event.

This year marks the 50th anniversary of the Sexual Offences Act being passed in England and Wales—a law partially decriminalising homosexuality. This was a monumental landmark in the movement for equality, and has sparked the unveiling of exhibitions on the subject in numerous galleries and museums across the country.

Similarly, various films and short documentaries are being released to comment on and celebrate the topic—one example being the BBC’s film drama Against the Law, which is due to air in July. Daniel Mays plays Peter Wildeblood, the first man in the U.K. to publicly declare his homosexuality, who, as a result, was convicted of conspiracy to incite homosexual offences.

The central beacon amongst the plethora of events that are taking place is the Desire, Love, Identity: Exploring LGBTQ Histories exhibition at The British Museum. From May to October 2017 The British Museum is opening its doors to a wealth of art, objects and artefacts from ancient civilisations to the present day—all celebrating LGBTQ (lesbian, gay, bisexual, transgender and queer) histories.

The British Museum has long-standing relationships with several LGBTQ charities and organisations, and representatives from some of these organisations have helped to shape the exhibit. The museum’s display was inspired by the 2013 publication by Richard Parkinson—a former curator of the museum’s Egyptian department—A Little Gay History. The ideologies of same-sex desire, love, lust and passion along with the struggles of identity are all themes that have echoed across time and throughout various cultures around the world—this is perhaps why the messages within the event are so poignant.

The progressions of attitude on the subject are represented in the various sculptures, badges, coins and prints that are scattered throughout the exhibit. The display transports you on a journey through trauma and repression, whilst simultaneously echoing strong themes of resilience and courage.

Stuart Frost, co-curator of the museum and head of interpretation, ensures that each section of the exhibition sets out to challenge our perceptions of human relationships throughout history. A number of pieces that already existed within the museum are now the central focus of evaluation, highlighting the lesbian and gay histories behind them that were once overlooked.

Amongst the wealth of artefacts are some particularly significant silver medallions that demonstrate the relationship between Hadrian, who was a Roman emperor between AD117-138, and Antinous. Although Hadrian certainly wasn’t the only emperor to take part in homosexual relations, what is most notable about his relationship is the extreme grief he experienced when Antinous died. There is a cloud of mystery surrounding the life of Antinous and how he came into such high favour with the emperor.

What is known, is that he met his demise during a lion hunt in Libya in AD 130, which led to him drowning in the Nile. In memory of his love, Hadrian erected the city of Antinopolis in Egypt and oversaw the production of coins with the head of Antinous to honour him. Close by to the exhibit are busts of Hadrian and Antinous, forever preserved side by side in the museum’s permanent collection.

The retrospective continues with other examples of how diversity, fluid concepts of gender and same-sex relationships have filled and shaped our past. Although some evidence has been obscured by censorship, under closer inspection various pieces have a surprising story to tell. One of the more obvious examples is presented in the Warren Cup, a silver Roman drinking vessel that contains two explicit sex scenes; the first between two young boys and the other between a young boy and an older, bearded man.

More recent artefacts displayed in the museum shed light on the experience of the LGBTQ community leading up to the present day. This includes an assortment of 13,000 badges, whose origins span from over 50 countries, 400 of which directly relate to LGBTQ history.

The first of these modern-day button badges arrived in the museum in 1906 with medals supporting the British forces. A number of new movements and protests gave badges a new purpose in the 60s and 70s. Cheap to manufacture, badges were ideal for producing in large quantities to spread a message. Amongst other relevant protests focusing on peace and apartheid, gay rights were also at the forefront of debates.

During the 70s The British Museum proactively encouraged the donation of any buttons and badges on these topics. Surprisingly, 258 badges were delivered to the museum as a gift from a single collector in 1978. Slogans such as ‘How dare you presume I’m heterosexual’ and ‘Lesbians ignite’ are emblazoned on the Gay Liberation Front badges, for purposes of protest and pride. Likewise, other insignias take their place in the collection, pointing out the desperate plea for improved education on gay sexual health. A series of badges with the phrase: ‘Finance AIDS research’ were released in 1985.

These small buttons act as a mirror of the times they were produced in, an echo of the struggles individuals faced against adversity. While they symbolise hardship, they also represent the astonishing will of spirit that eventually led to the transformation of social attitudes and legal rulings. Like the ancient antiquities that are scattered throughout the exhibit, these small tokens have as much a story to tell as any of the impressive sculptures or detailed murals.

The Tate Britain’s arrangement will be host to paintings, etchings, photographs and short films from artists such as Dora Carrington, David Hockney, Francis Bacon, John Singer, Joe Orton and Kenneth Halliwell. The collection branches over eight rooms, guiding visitors through a transition of ideals and mediums as they come into play in each period. From representations of ambiguous homosexuality to later more explicit depictions seen within the work of David Hockney and Francis Bacon—the experiences of individuals are inspected from every figurative and literal angle.

Highlights of the collection include Simeon Solomon’s Sappho and Erinna in a Garden at Mytilene. The painting is an emotional depiction of female love, inspired by Sappho’s poems written in the 4th century pleading with Aphrodite for her help with a same-sex relationship. In fact the term ‘lesbian’ was coined from the name of Sappho’s home, the Greek island of Lesbos. It is said that Solomon’s open homosexuality steered his decision to paint Sappho, who represented the repression of sexuality.

Another key example of art encouraging speculation is Henry Scott Tuke’s The Critics, a famous portrayal of two boys sunbathing by the Cornish coast; a piece that would later put him on the map. The painting reveals two undressed males gesturing to a third party who is obscured by the sea. We take the position of the voyeur as the painting captures the men from behind, blissfully unaware of their archetypal allure as they lie stretched in a Grecian stance. While the piece has a number of homoerotic ties, it can equally be seen as a normalisation of homosexual interaction.

The exhibition includes portraits of heroes that provided hope for future activists and contributed to eventual changes in law along the way. Amidst the various paintings is a full-length portrait of Oscar Wilde, which will be appearing in the U.K. for the first time. Depictions of the activist Edward Carpenter, who lived openly with his lover, and the labourer George Miller will also be appearing.

Rather than describing the exhibition as a definitive collection of queer British artworks, The Tate Britain instead states that: ‘we hope that this exhibition will be part of a bigger conversation that will encourage more material, more stories and more lives to be discovered’. Each of the upcoming events across the country have been created with the intention of breaking down old-fashioned outlooks and embracing progressive attitudes. While each showcase should be commended for their important objectives, they each present a stark reminder of what LGBTQ individuals have had to overcome and how these advances should be safeguarded.