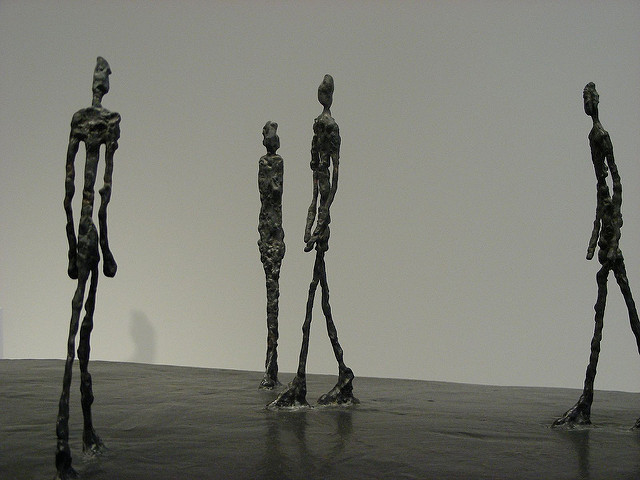 Sketches by 20th century artist Alberto Giacometti have been found in a Kensington antiques shop. Presumed missing, the drawings were uncovered under piles of papers, paintings and antiques, and have now been officially confirmed as genuine.

The Giacometti sketches were discovered by Cambridge auction house Cheffins as they cleared the shop after the passing of the owner, Eila Grahame. There was mention of the two sketches during a previous evaluation of her effects after her death in 2010, but no one knew what they would be.

‘We eventually found them buried under piles of dust-covered antiques, paintings and drawings.’

Giacometti had drawn a nude woman and a series of heads in his distinct style. The sketches were signed and dated 1947, but they were sent from the Giacometti Foundation to Paris for verification of their authenticity.

The artist was known for his studies of the human figure ranging from drawings of heads to large sculptures of elongated bodies. He used very little colour and in both sculpture and portraiture employed lines and close detail to create the overall figure. This work is exemplified in the found sketches.

Eila Grahame, the late owner of the sketches, was known for her interesting sales technique. She was said to have judged potential buyers harshly, and would not sell to them if she didn’t deem them to be worthy.

A sale was held last year for the bulk of items from Grahame’s shop, reaching over £600,000 which was given to charity.

This sale coincides with a major exhibition of Giacometti’s work at Tate Modern. The retrospective brings together over 250 works by the artist including sculptures, paintings and drawings from across his career. Visitors will be able to see his full artistic evolution across five decades.

Interested in Giacometti? Read about last year’s exhibition of his portraits at the National Portrait Gallery.

New exhibition of Degas at the National Gallery