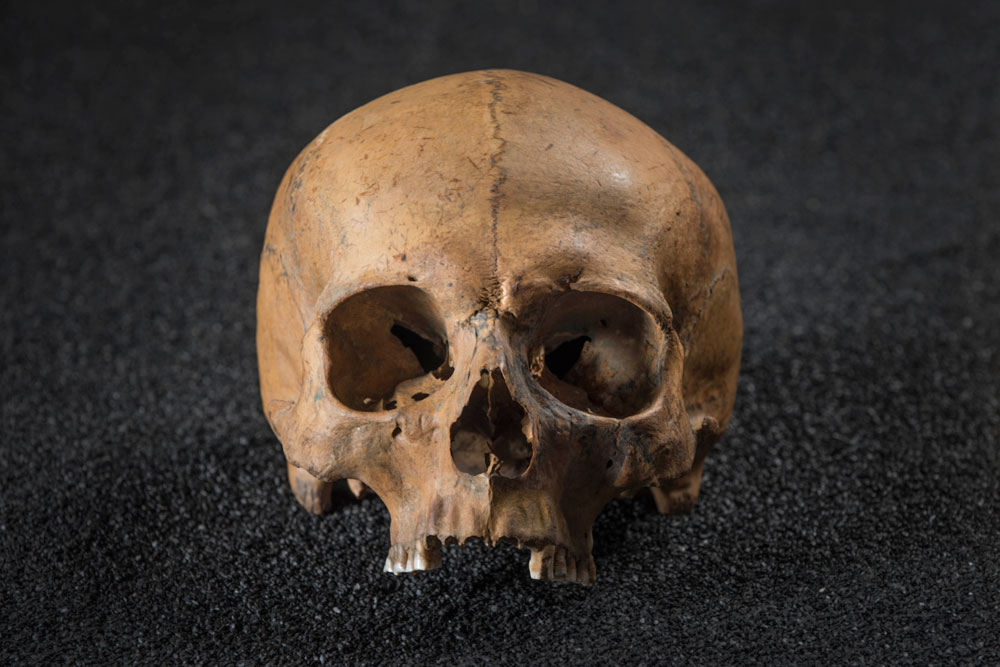 From 25 May, a new exhibition at the Museum of London Docklands will reflect on ancient Roman Londoners and their relationship with death.

Roman Dead, a display sparked by the monumental discovery of a Roman sarcophagus in Southwark borough in the summer of 2017, seeks to provide visitors with an insight into ancient funerary rituals and religious beliefs.

The ‘Southwark sarcophagus’—which is on view for the very first time—will act as the centrepiece of a display showcasing over 200 other ancient objects. Culture buffs will be able to admire jewellery, amphorae, human remains and cremation urns dating back to the times of the Roman Empire.

In addition to the sarcophagus, other highlights on display include four skulls of men showing signs of violent death, a gold ring with intaglio and the Medusa Jet Pendant, whose semi-precious gem was believed to protect the dead on the journey to the underworld.

Raising various questions on ancient London’s past, the exhibition will draw on over 40 years of archaeological research and also feature human remains with African ancestry as well as various objects sourced from across the Empire.

The Romans had a considerable impact on Great Britain. Britannia, the area governed by the ancient Empire, existed from 43 to 410AD. The first known Roman contact with the British Isles happened when Julius Caesar embarked on two expeditions in 55BC as part of his conquest of Gaul; bringing Britain into Rome’s sphere of power and influence.

This influence is obvious through many historical and architectural hotspots around the country (like the Roman Baths), roads, sewage systems and various ancient artefacts that were unearthed over the years.

The Museum of London Docklands will house Roman Dead from 25 May until 28 October 2018. Established in a Grade I-listed building at West India Quay in east London, the museum is open daily from 10am until 6pm and is free to all. For more information, visit www.museumoflondon.org.uk/museum-london-docklands.

If you enjoyed reading this article on the Museum of London Docklands’ new’s exhibition, Roman Dead, click here to read more on Arts & Collections about the art and culture events on offer in London this summer.