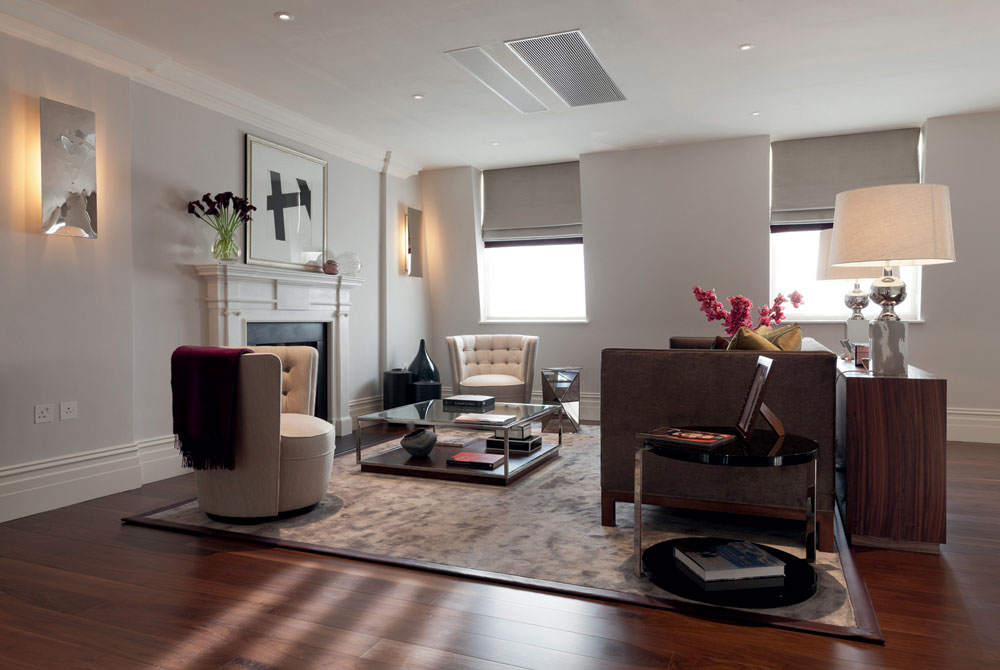 LINLEY furniture and giftware company is going from strength to strength, holding skill and heritage of British craftsmanship in high esteem.

When many companies are playing it safe and simply riding out the financial storm, LINLEY is aiming high, making a new name for British craftsmanship.

Major shareholder Jamie Edmiston said, ‘There is no doubt that LINLEY is one of the great British brands, however, I firmly believe there is enormous potential to grow the brand both in the UK and internationally. I have huge respect and admiration for brands such as Louis Vuitton and Hermès, and my clear aim is to ensure that the LINLEY brand is recognised in the same vein as these within the next five years. I am a firm believer that we should aim high.’

It is not an unreasonable expectation for a company that has remained strong since its beginning in 1985. Starting as a shop on the New Kings Road, LINLEY now enjoys prominence worldwide as both a retail and bespoke business specialising in the design and production of furniture, upholstery and interior schemes as well as gifts and home accessories of exceptional quality.

Bespoke commissions and projects have ranged from individual domestic pieces such as dining tables, games tables and jewellery boxes to entire interior design projects—both exclusive private residences and commercial ventures such as Claridge’s and the Baltschug Kempinski in Moscow.

Founder David Linley still remains as chairman of the company, as well as acting as Chairman of Christie’s UK since 2006.

David’s creative ability was nurtured from a young age by his parents, photographer Lord Snowdon and Princess Margaret. He studied at Bedales School followed by the School for Craftsmen in Wood and launched his first collection at Christie’s King Street. He has become known for his imaginative use of wood in the design of furniture, using a balance of traditional and modern techniques to achieve the best possible result whether for an individual piece or an entire room.

American fashion designer Bill Blass said: ‘David Linley has brought a fresh, ageless attitude to furniture and accessories and living in our time. He is already a classic.’

A&C: Do you think high quality craftsmanship is a dying art?

Linley: I certainly hope not—ironically there is more emphasis than ever on the importance of craftsmanship and heritage in today’s luxury market. Luxury brands with craftsmanship at their core are using this as the focus of their promotional campaigns.

The challenge, however, is encouraging young people to learn the skills of craftsmanship, whether this be cabinet-making, glass blowing, silversmiths… Our schools need to place more emphasis on the opportunities presented in these disciplines.

A&C: What has been your most unusual bespoke project?

Linley: I was once asked to create a dining room table strong enough to dance an Irish jig on… That was some years ago and, I understand, the table is still going strong. I couldn’t tell you whether any Irish jigs have been danced upon it though!

A&C: What is your favourite aspect of the business?

Linley: The interesting people we meet along the way—whether these are clients or craftsmen. I feel privileged to work with such talented people.

A&C: Has your approach to furniture changed over the years?

Linley: In essence it remains the same—meticulous attention to detail and precision engineering have to be at the core of cabinet-making. However, I think I have opened my eyes to the fact that this can be applied to traditional designs as much as to very modern designs. Either way, the principle remains the same.