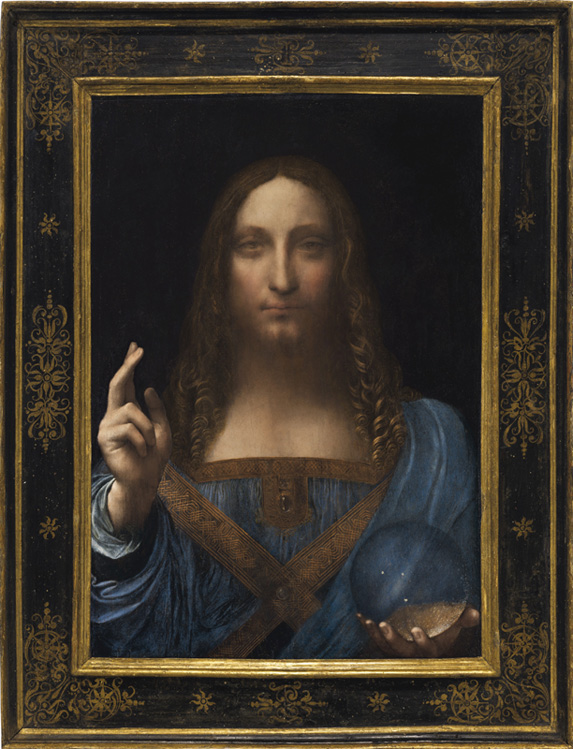 Rare Leonardo da Vinci painting Salvator Mundi (c.1500) sold at a Christie’s New York auction on 15 November for an astounding $450.3 million. The work shattered world records, almost doubling the price of any painting ever sold at auction, despite circulating doubts about its authenticity.

Russian billionaire Dmitry Rybolovlev, who sold the painting, had bought it in a private sale back in 2013 for $127.5 million.

Auctioneer and global president of Christie’s, Jussi Pylkkanen opened the sale at $75 million. The fervent bidding saw offers leaping to $450 million, and was complete in just 19 minutes. The auction room, filled with over 1,000 art collectors, dealers and journalists erupted in cheers when the hammer closed the sale. The buyer, who conducted the bidding via telephone, is currently unknown. Guillaume Cerutti, CEO of Christie’s, said that he was unsure whether the buyer would remain anonymous.

Loïc Gouzer, co-chairman of post-war and contemporary art at Christie’s said, ‘Salvator Mundi is a painting of the most iconic figure in the world by the most important artist of all time.’ He continued, ‘We are extremely pleased with the record-breaking result for this remarkable and historical work.’

The 500-year-old painting, presumed lost until it resurfaced in 2005, depicts Jesus Christ dressed in a Renaissance gown holding a crystal sphere in his left hand whilst holding his right up in benediction.

It is thought that almost 30,000 people viewed the piece during its pre-sale tour through Hong Kong, London and San Francisco in free public exhibitions held by Christie’s. A video made by the auction house shows the reactions of those who visited the painting during its pre-sale tour. Among them included celebrities Leonardo DiCaprio and Patti Smith.

Salvator Mundi—which translates to ‘saviour of the world’ in Latin—is among fewer than 20 paintings by the revered ‘grand master’ known to exist, with all except this one in museum collections.

To find out more about Salvator Mundi click here.