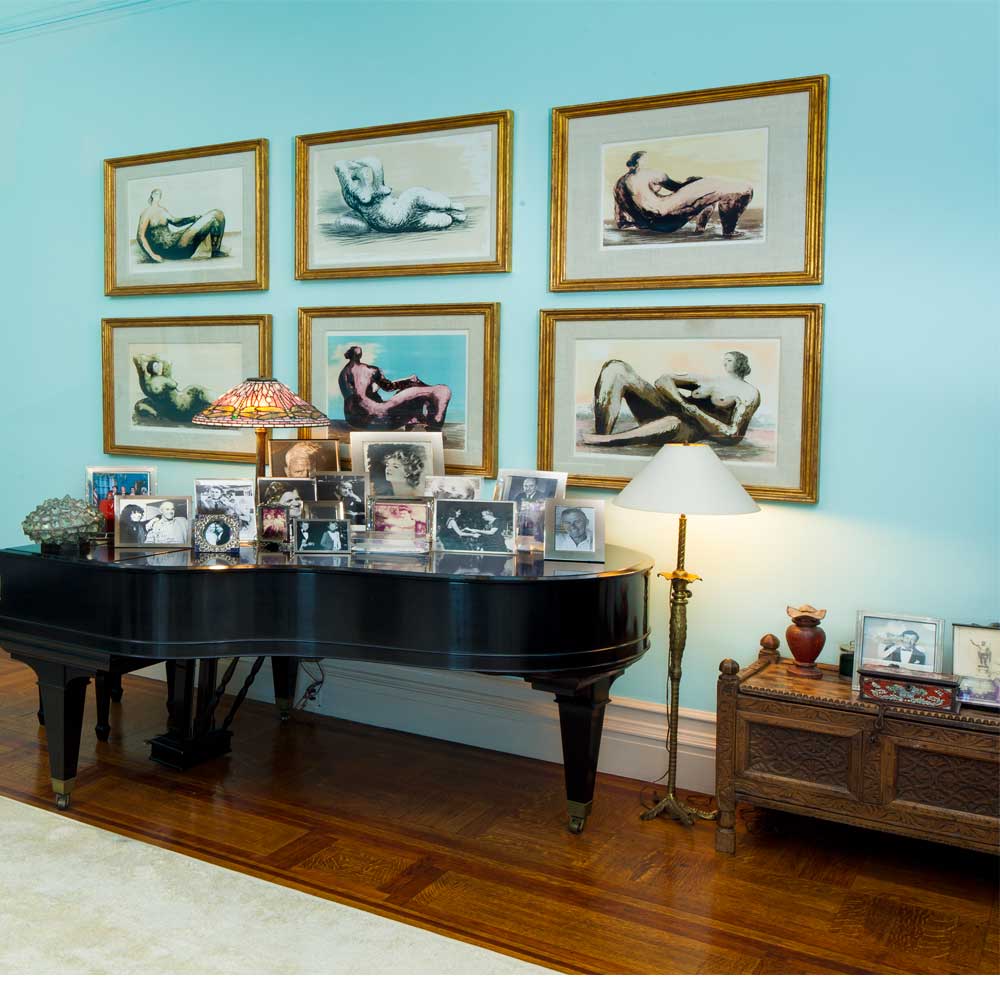 This rare insight into Lauren Bacall: Collection of a Hollywood Legend features an extraordinary look at Lauren Bacall’s fine art and jewellery collection, providing a glimpse into the Hollywood film star’s personal style and taste.

Considering her popularity and critical acclaim throughout her illustrious Hollywood career, it’s hardly surprising that the Lauren Bacall collection attracted 1,500 bidders from around the world.

There is something poignant about the sale of a private collection: accrued over a lifetime, tracking down a particular item, the obsession, the desire, the careful assessment of each painting, each work of art—and that sweet moment of acquisition. A collection tells us much about the collector: their taste, their style and their inspiration. Then, under the hammer, the coveted collection, in this case, that of Hollywood legend Lauren Bacall, is dispersed, gone in an instant.

This was the case earlier this year when the Hollywood film star’s collection came under the hammer in New York. The American Film Institute named Lauren Bacall as one of the greatest actresses of the twentieth century. She was married to Humphrey Bogart and, latterly to Jason Robards Jr. It was Lauren Bacall (1924-2014), with her smouldering looks that could set fire to a sofa, who not only delivered some of the sharpest lines in the business, she also had the exceptional taste and Hollywood wealth that enabled her to bring together a uniquely personal collection of fine art and jewellery.

Many of the 740 lots to be auctioned had graced three of Lauren Bacall’s residences: the Los Angeles house she shared with her first husband, Humphrey Bogart, her country home in Amagansett, New York, and her apartment in New York’s famed The Dakota, overlooking Central Park, which the Hollywood legend shared with second husband, Jason Robards until 1969.

The preview show organized by Bonhams included six bronze maquettes by Henry Moore, Britain’s greatest 20th-century sculptor and one of Lauren Bacall’s favourite artists. Lauren Bacall’s deep admiration of Moore began in the 1950s while she was living in Los Angeles. After finally meeting the sculptor at his studio in 1975, she wrote: ‘It was and will ever be a high point of my life … the realization of a dream.’

Other highlights included bronze sculptures by noted American artist, Robert Graham, whose works fascinated Hollywood legend Lauren Bacall. She was captivated by the precise realism and bold expression of the female form in Graham’s work, and she referred to these three favourite sculptures as her ‘girls’. Robert Graham was married to Lauren Bacall’s close friend, Anjelica Huston.

Some of the Hollywood actress’s best loved jewellery pieces, created by designer Jean Schlumberger, were included in the pre-sale exhibitions, with other items including an 18-ct yellow gold, enamel, cultured pearl, and rose diamond Mogul-inspired camel brooch by British jeweller, Elizabeth Gage. This piece was accompanied in the sale by the original drawing and correspondence, showing the extent of the collaboration and friendship between the jeweller and the client.

The collection of Lauren Bacall was sold by Bonhams at the auction house’s New York salerooms. After a two day, 20-hour bidding marathon which saw more than 1,500 bidders from 34 countries taking part in the sale, the collection totalled £2.45 million with 100 per cent of the 740 lots sold, with many pieces selling for up to triple the price of their initial estimate. Jon King, Director and Vice President at Bonhams, and friend to the Hollywood legend, said: ‘We have been humbled by the worldwide outpouring of enthusiasm for this sale. Bacall’s legacy will live on in the homes of her countless admirers.’

Cartier’s Eye of the Tiger