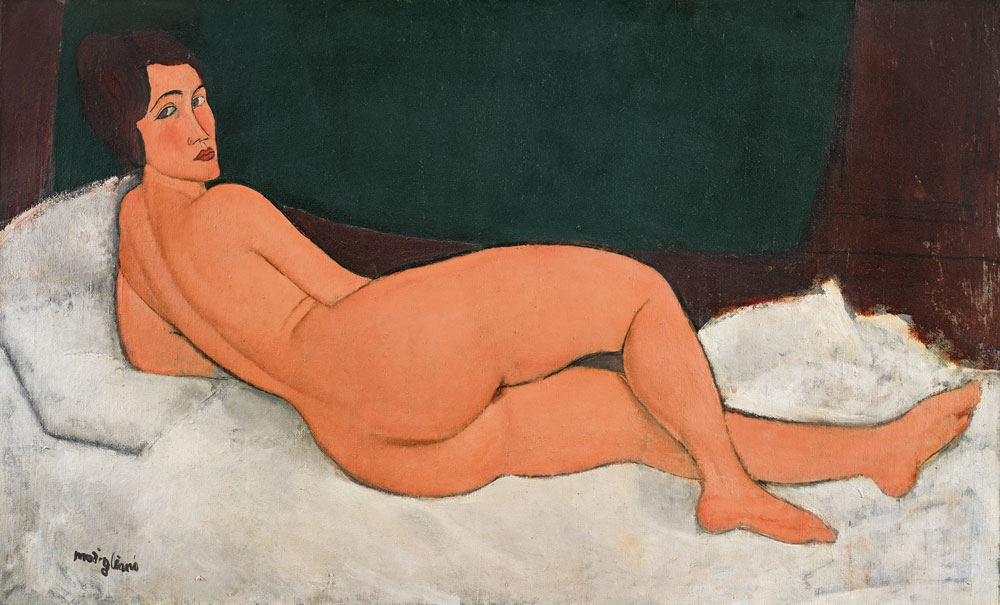 The largest masterpiece by Italian painter Amedeo Modigliani is expected to fetch over $150 million at a Sotheby’s auction in May.

Nu couché (1917), a work of art belonging to the series that redefined and reinvented the nude for the Modern era, currently holds the record for the highest auction estimate ever placed on a work of art.

It is set to go under the hammer as part of Sotheby’s evening sale of Impressionist & Modern Art in New York on 14 May, and will be on view in the city from 4 May.

Part of a collection of 22 reclining nudes, Nu couché was first acquired by its present owner at auction for $26.9 million. Another piece in the collection fetched $170 million in 2015. At the time, the latter was the second-highest price ever paid for a work of art at auction.

‘Nu couché is an incredibly sensual image, with the sitter’s gaze meeting the viewers head-on in truly mesmerising fashion.

Modigliani began painting nudes in 1908— he completed 22 reclining nudes and 13 seated nudes during his career. They are all of anonymous figures; Modigliani did not paint his paramours in the nude. Parisian art dealer Berthe Weill staged an exhibition of such paintings and drawings in the window of her gallery.

The commotion brought about by the display—which included the now-iconic nudes in plain sight—was enough to prompt the police to step in. They demanded for the works of art to be taken down, deeming them inappropriate. The show closed and only two drawings sold—for 30 francs each.

Although the Italian painter is best known for his nudes, he also produces portraits of those around him: fellow artists, poets, lovers and patrons. It was his art dealer, Léopold Zborowski who provided him with the space and the models to produce the works he is most famously known for today.