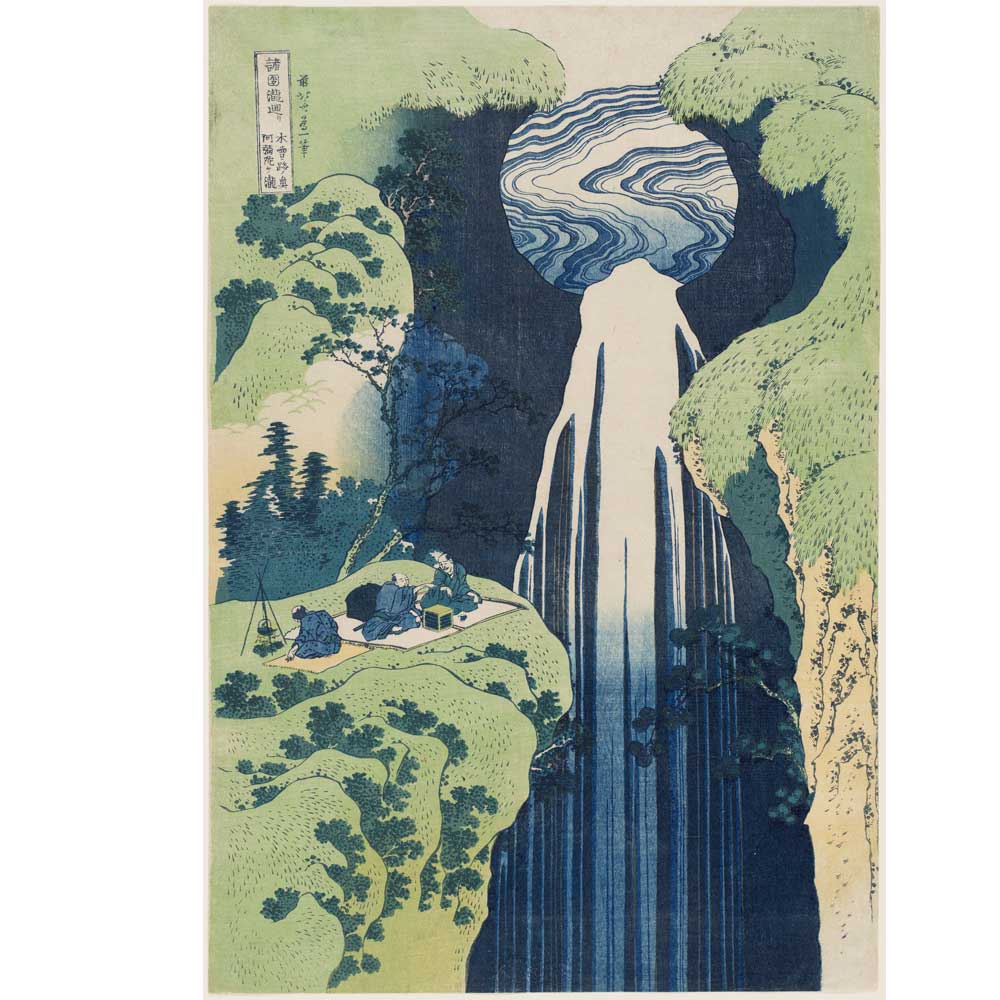 A collector’s obsession with Japanese art: Hokusai reminds us of the exceptional influence his Japanese art has had on the western world.

It was the time when Vincent Van Gogh was collecting woodblock prints, many that were discarded packaging from goods shipped from Japan to Europe. As is well known, Van Gogh became strongly influenced by the style, as did many other painters of the period, including Gauguin, Monet, and Toulouse-Lautrec, and this influence from Japan changed the course of western art.

There does seem to be a charming air of serendipity about just how the Impressionists fell under this eastern spell: both Van Gogh and Gauguin, we know, scavenged Japanese prints that had been used as packing paper for porcelain, and there is a similar link for Monet who found a stash of prints in an Amsterdam porcelain shop in 1871. He recorded the moment as follows: ‘I had the good fortune to discover a batch of prints at a Dutch merchant’s. It was in Amsterdam in a shop of Delft porcelain.’

Monet had been haggling over an object without success… ‘Suddenly I saw a dish filled with images below on a shelf. I stepped forward: Japanese woodblocks!’ The merchant, unaware that the prints had any value, sold Monet both the prints and the oriental jar.

This was also around the time when a young American physician and surgeon, William Sturgis Bigelow, had travelled to Japan in 1881, aged 31, where he stayed for seven years, amassing a unique collection of Japanese prints.

After graduating from Harvard Medical School in 1874, Bigelow studied in Europe for five years, in Vienna, Strasbourg, and Paris (under Pasteur, no less). It is interesting to speculate that Bigelow’s obsession with Japanese prints began during his time in Paris, a time that coincided with the increasing influence of Japonisme in the west. It’s not recorded if it was the visual impact of Japanese prints seen in Paris that drew Bigelow to Japan, but whatever the case, during his time in Japan he became highly regarded, eventually converting to Buddhism and also having the honour of being awarded the Imperial Order of the Rising Sun, with the rank of Commander. On his return to America, Bigelow gifted his collection of more than 40,000 works of art to the Museum of Fine Arts Boston (MFA).

The influence these powerful and innovative Japanese woodblock images have had on several generations of artists has been so pervasive that there can be few artists in the west today who have not, at some time during their creative development, come under the spell of Japanese art. Standing out as one of Japan’s most famous artists is Hokusai (1760-1849), artist, ukiyo-e painter (images of ‘the floating world’) and printmaker of the Edo period. Perhaps everyone has their own list of the world’s Top 10 most famous pictures, but surely Hokusai’s The Great Wave is amongst them (Under the Wave off Kanagawa, c.1830-31), which is part of the series ‘Thirty-six views of Mount Fuji’ (Fugaku sanjūrokkei).

A further aspect of Hokusai that continues to intrigue us is just how enigmatic an artist Hokusai was, changing his name several times during his life (including the name ‘Manji, The Old Man Mad About Drawing’), changing his style, transforming with the changing, floating world Hokusai set out to put on paper. Even with this great mass of Japanese art behind him, Hokusai seems to have remained aloof from his undeniable successes, even dismissing at a late age most of his earlier work, when Hokusai wrote… ‘From the age of six I was in the habit of drawing all kinds of things. Although I had produced numerous designs by my 50th year, none of my works done before my 70th year is really worth counting. At the age of 73 I have come to understand the true form of animals, insects and fish, and the nature of plants and trees. Consequently, by the age of 80 I will have made more and more progress, and at 90 I will have got closer to the essence of art. At the age of 100 I will have reached a magnificent level and at 110 each dot and each line will be alive. I would like those who outlive me to observe that I have not spoken without reason.’

Not in his own lifetime would Hokusai ever have anticipated that his Japanese art would have such far-reaching and enduring acclaim.