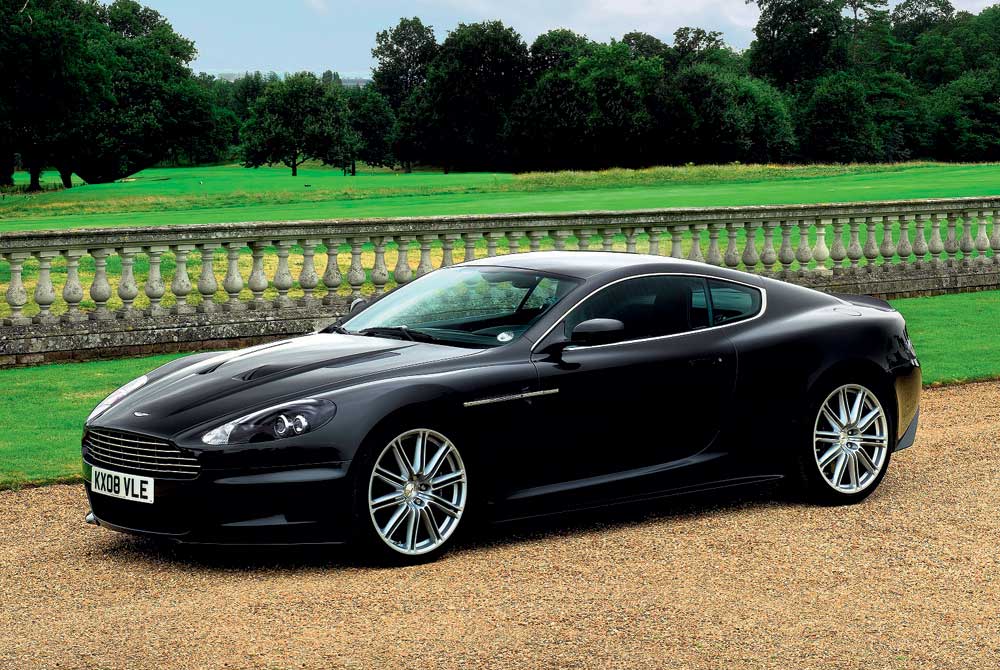 James Bond has everything—beautiful women, hi-tech gizmos and of course the very latest supercars that power him through scrapes, crashes and numerous spectacular escapes.

With cars being a large part of James Bond’s charismatic image, these supercars are currently taking centre stage in this anniversary year marking 50 years since the launch of the first Bond film, Dr. No.

Part of the celebrations includes the ‘Bond in Motion’ exhibition at the National Motor Museum at Beaulieu in Hampshire, England. Until January 6, 2013, the museum will display the largest official collection of original James Bond vehicles ever staged.

Alongside the most famous vehicles, such as the Aston Martin DB5 and the Lotus Esprit S1, there is a host of treasures dating back to James Bond’s earlier film adventures, including the elegant Fairey Huntress Speedboat that appeared in From Russia With Love, Goldfinger’s 1937 Rolls-Royce Phantom III, the buzzing autogyro from You Only Live Twice and Octopussy’s screeching Acrostar Jet. Some of the James Bond supercars that are included in the exhibition have never been viewed in public before.

Among the vehicles on show at the exhibition is a 2006 Aston Martin DBS in pristine condition, used during the filming of Casino Royale. The car stands alongside a severely damaged Aston Martin DBS stunt car, which rolled seven and three quarter turns to set a Guinness World Record. Also on display is a BMW 750iL used in the memorable car park chase scene during Tomorrow Never Dies. During the intense scene, Pierce Brosnan’s Bond is seen driving the vehicle remotely from the back seat—using his Ericsson mobile phone.

Visitors to the exhibition can also watch exclusive behind-the-scenes footage, which reveals how some of the most memorable stunts in the films were created. The footage also includes interviews with stunt coordinators and members of the stunt teams.

As well as the exhibition at the National Motor Museum, Christie’s in South Kensington featured a James Bond memorabilia auction from September 28-October 8, 2012, titled ‘50 Years of James Bond – The Auction’. The sale featured props, including a pair of swimming trunks worn by Daniel Craig in Casino Royale and also the orchestral score for the theme song of the lastest film, Skyfall, which is signed by Adele and co-writer Paul Epworth.

The top attraction at this auction was the 2008 Aston Martin 6 Litre V12 DBS 2-Door Coupe that Daniel Craig’s Bond drove during the opening sequence of Quantum of Solace. Like most cars that feature in the James Bond series, the DBS plays a dramatic role, as Bond has to navigate skillfully through the winding roads of Italy in a high-speed car chase. Estimated to rack bids up to £100,000, the supercar eventually sold for an impressive £241,250. Excitement for the supercar’s sale started to escalate before the auction, with reported interest from a list of celebrities including David Beckham and Cristiano Ronaldo.

Historically, James Bond’s supercars have always done well under the hammer. In 2010, a 1964 Aston Martin DB5 sold for an impressive £2.9 million at the Automobiles of London auction. Reportedly, the auction sale took just two minutes, with the supercar sold to a property tycoon from Ohio. Driven by Sean Connery’s Bond, the DB5 featured in both Goldfinger and Thunderball. And it’s the DB5 that is widely recognised as James Bond’s most famous car.

Nicolette Tomkinson, a director at Christie’s, says: ‘James Bond’s cars are among the most iconic film props ever seen on screen, and for that reason, one of the most sought-after items when it comes to collecting film memorabilia.’

Part of the popularity of James Bond’s supercars is that no matter what trouble 007 finds himself in, whether it’s crashing through a showroom window in The Man with the Golden Gun after he has stolen the red 1974 hatchback from a dealership in Bangkok, to speeding in an Aston Martin in Goldeneye while racing against a Ferrari, James Bond’s magnificent supercars play a big part in each one of the many blockbuster Bond movies.

James Bond’s supercars are not just special because they help him escape from the villains; they are also fantasy supercars, equipped with technology that most petrolheads can only dream of. The Aston Martin V12 Vanquish that appeared in Die Another Day, for example, is equipped with front firing rockets, target-seeking guns, spike-producing tires and a passenger ejector seat. Just in case these features aren’t enough, the V12 Vanquish can also camouflage itself into its surroundings, a device that allows the supercar to become invisible at the push of a button.

The ‘Bond in Motion’ exhibition has already revealed that the latest Bond film, Skyfall, features two Honda CRF250R motorbikes and a Land Rover Defender—all put into action during an intense opening sequence. The Defender, a left-hand drive 110 double cab pick-up, boasts a four cylinder 2.2 litre engine, capable of a maximum speed of 90mph. Other magnificent machines are promised but are currently a closely guarded secret.