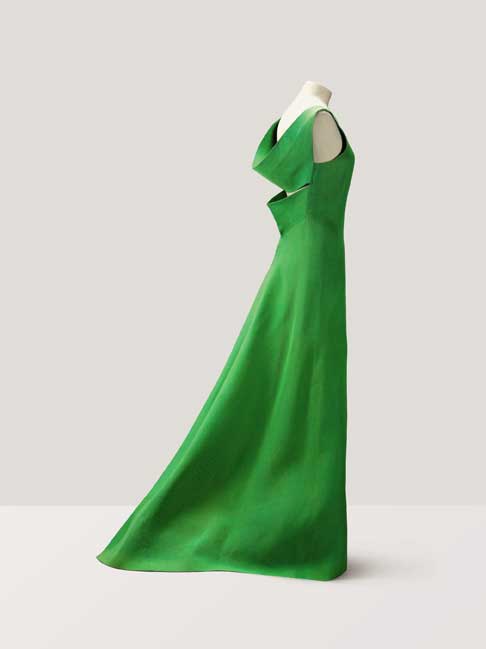 It’s no secret that high-quality designer goods will retain their monetary value if maintained well, but can high-end fashion also serve as a trusty investment?

Here we look into whether it is worth investing in Haute Couture.

It’s exclusive, custom-made for each client, and handcrafted with the highest quality fabrics and materials. Haute couture has seen a dramatic increase in interest from the international market, with high-profile vintage auctions making front-page news and designers such as Jean Paul Gaultier closing their ready-to-wear lines to focus on making couture for their client base.

Luxury clothing items and accessories can soar in value over the years and are often regarded as collector’s objects as well as potential investments. According to baghunter.com, the value of Hermes’ iconic Birkin handbags has increased over 500 percent in the last 35 years, historically making the luxury accessory a ‘safer’ investment than the stock market. Last year, a pink crocodile skin Birkin broke the record sale for a single handbag, fetching around $223,000.

Chanel’s medium classic flap bag seems to be following the same phenomenon. The luxury bag’s value has only ever increased since its launch in 1955, outperforming housing prices and even the S&P 500.

The first haute couture auction at Sotheby’s Paris raised over €950,000—three times the pre-sale estimate—and included vintage pieces from the likes of Balmain, Christian Dior, Yohji Yamamoto and John Galliano. The highest bid of the night went to a pink Balenciaga dress covered in ostrich feathers, which was acquired for €56,250 against the €6,000-€8,000 estimate. A green Pierre Cardin evening gown sold for €41,250, dramatically surpassing the initial €2,000-€3,000 evaluation.

All the 20th century pieces auctioned by Sotheby’s were sold in impeccable condition, packed with historical significance and symbolised an individual moment in history or a past designer’s personal style—all factors which considerably increased their worth.

Another auction that made headline news revolved around three pairs of boots elaborately handmade in Italy by a team of 30 people using materials from three different suppliers and working in three separate factories. The three pairs of Alexander McQueen boots, recreated and auctioned by Christie’s New York for charity, were estimated to raise €10,000-€15,000 each but actually sold for a combined €295,000.

Couture is a style statement for clients and a platform for fashion houses to show off their ultimate craftsmanship and creativity. Collectors and buyers alike view it as a potentially fruitful long-term investment, and not at all as a dying art—in spite of its somewhat limited clientele in the world today.

As a status symbol for the elite, the most important factors affecting the haute couture market is desire and the correlation between supply and demand, as the exclusivity of luxury garments and accessories only adds to their value. A Charles James evening dress, which was one of only eight ever made, soared from $29,000 to $49,450 in just two years—a 65 percent increase in value which emphasises the impact of scarcity on price.

It is not unheard of that a change in a high fashion brand’s creative director can also increase the value of designer pieces as well as their collectability. After the departure of directors Alber Elbaz from Lanvin and Raf Simons from Christian Dior back in 2015, billing for both luxury brands increased by 29 and 25 percent respectively in just a few months. If a designer’s influence was deeply felt while at a fashion house, the chances of buying pieces and having them retain or increase their value are very good.

Kate Osborn from Kerry Taylor Auctions, a leading expert on vintage fashion and the UK’s premier vintage auctioneer, recommends doing some research before investing in haute couture: ‘The pieces worth investing in are those by the best designers at the peak of their careers. For example, Christian Dior Paris couture from the 1950s, Balenciaga from the 1960s, Yves Saint Laurent in the mid-1960s and seventies. Know the key collections and make sure to check for alterations and condition as this will also affect the value.’

The resale potential of haute couture can be significant—for people willing to bid farewell to their pieces, of course. Styles can change dramatically, in turn making vintage couture adopt an iconic status of sorts. At a time when high fashion prices are steadily rising faster than inflation, treating haute couture as a financial investment has the potential to make a lot of economic sense.

Read about Vogue’s style over the past century on Arts & Collections for more inspiration on investing in haute couture.