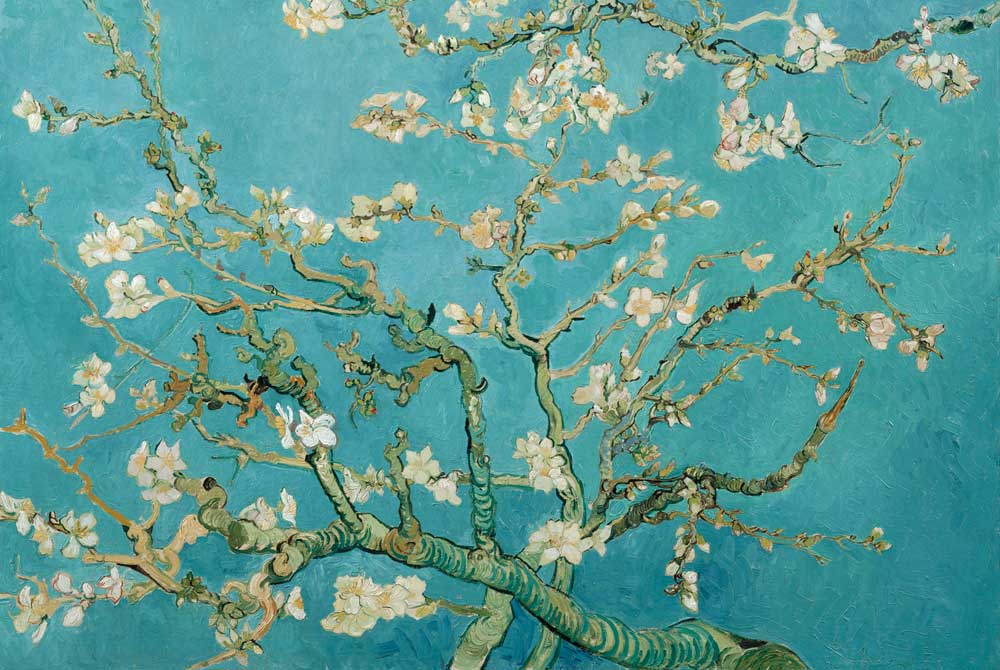 The explosion of interest in traditional Japanese art in the 1860s influenced and inspired leading Impressionists including Van Gogh, Monet and Degas.

‘I have pinned a lot of Japanese prints on the wall which amuse me very much. You know those little women’s figures in the gardens, or on the beach, horsemen, flowers, knotty thorn branches…’ wrote Vincent Van Gogh to his brother Theo in 1885, describing his Antwerp studio.

Van Gogh’s letters are perhaps one of the most interesting and vividly descriptive sources that we have in relation to a painter’s thoughts on his art, and in them he often refers to traditional Japanese prints, of which his collection numbered more than 400. He wrote this letter from Antwerp, but it was 30 years earlier in Paris that the Ukiyo-e Japanese woodblock print first began to influence the group of painters later known as the Impressionists.

In 1856, the young engraver and ceramics decorator, Félix Bracquemond, discovered a small sketchbook by a Japanese printmaker named Hokusai, who intriguingly signed his work ‘Old Man Mad about Drawing’. The pages of the book were crammed with amusing and humorously drawn sketches—lively character studies of children, fishermen, mythical creatures as well as delightful studies of animals and plants.

This was in fact one of a series of 12 books published in the form of woodblock prints entitled The Hokusai Manga, literally meaning ‘drawings just as they come’. Greatly struck by the vitality and directness of the drawings, Bracquemond eagerly shared his enthusiasm with his friends, the painters Degas and Manet, and during the 1860s and 1870s a wave of interest in Japanese aesthetics spread among avant-garde artists.

Japan had been isolated from the world since 1616 due to the fearful rule of the Shogun. In 1854, however, the country’s self-imposed exile ended when both the United States and Britain succeeded in obtaining access to Japanese ports. Examples of Japanese art and craft began to be exported to the West in considerable quantities and the vogue for l’art Japonais, from kimonos to interior design, reached its height in Paris in 1888. An exhibition of Far Eastern art was held at the Exposition Universelle, while the great collection of Japanese and Oriental art at the Musée Guimet in Lyons was moved to Paris at this time.

very art form was strongly influential, but it was the little-known Japanese print, which had been used merely as wrapping and padding for more breakable objects, that was to make its mark on the Impressionists and Post-Impressionists.

For many painters at this time, Samuel Bing’s Oriental import shop in Paris was a treasure trove of exotic finds, with works by Japanese artists such as Hokusai, Hiroshige and Utamaro on sale and avidly collected by enthusiasts. It was here that Van Gogh and his brother Theo, who worked at the Parisian art dealers Goupil, bought most of their collection. And Vincent organised an exhibition of Japanese prints at the Café Tambourin in the heart of the artists’ quarter in Montmartre.

Then, in 1888, Bing put on an even larger show of prints at his shop and published the first issue of his journal, Le Japon Artistique, which for three years featured fully-illustrated articles on all aspects of Japanese art. Bing’s shop and his activities were enormously influential and it is said that in the 1890s, the well-known illustrator Alphonse Mucha could be seen carrying the Bing journal—the indispensable reference guide for the collector—in his back pocket.

The Ukiyo-e prints were extraordinarily new and exciting images for contemporary painters at that time: their directness and clarity, startlingly expressive use of line, defined areas of colour and flattened perspective were a total contrast to the western approach to painting. Hokusai’s landscapes were dramatically simple, with the elements such as wind, rain and the stars clearly delineated. For example, his now world-famous print The Hollow of the Deep Sea Wave shows an enormous, exaggerated wave with a tiny boat skimming beneath it, and Mount Fuji like another tiny distant wave just appearing on the horizon.

These prints influenced each of the Paris group of painters quite differently. Degas’ interest lay in the intimate interiors of Utamaro’s prints. The bijin (beautiful women) of Utamaro’s world are shown within scenes of private domesticity—a women combing a girl’s hair, mothers playing with their babies, girls sewing, girls reading.

What Degas particularly observed in these glimpsed images was the typically Japanese angle of view, with figures half-entering the composition from the edge of the painting. Degas’ strong verticals and diagonals, as well as the high view point and shallow perspective, also echo features used in the prints. Later, Bonnard and Vuillard made use of this type of composition in their intimiste paintings.

Monet hung Japanese prints in his house at Giverny. His paintings of the lily pond and its Japanese-style arched bridge amid wisteris and azaleas reflect his interest in the Japanese “motif” of the bridge. This was a favourite subject for the Ukiyo-e artists, especially Hiroshige who produced a series of prints of this subject. (Van Gogh, in turn, made an oil painting copy of Hiroshige’s A Shower on Ohashi Bridge).

Monet was one of the few Impressionists who kept to the group’s original aim of capturing the sensation of light and atmosphere with paint applied in small brushstrokes, juxtaposing harmonious or complementary colours to create an effect.

In contrast, the flat, broad areas of outlined colour used by the Ukiyo-e printmakers was adopted by both Van Gogh and Gauguin when they abandoned Impressionism after leaving Paris. Van Gogh went to Arles in February 1888 where his work began to become more expressionist, with rhythmic brushstrokes of colour. ‘I feel I am in Japan’, he wrote to Theo in August 1888. ‘What I learned in Paris is leaving me, and I am returning to the ideas I had at home before I knew the Impressionists.’ In the meantime, Gauguin had moved to Brittany and here his subjects began to take on a more symbolic quality.

His painting Vision after the Sermon – Jacob Wrestling with the Angel is a view of Breton peasant women, their backs towards us in the foreground, circling up the left-hand side of the painting into the distance, watching the drama unfold. It is known that Gauguin used Hokusai’s print of Judo wrestlers for the distant figures. His composition is striking and unusual, the vivid colours giving powerful strength to the subject of the painting.

It was the Ukiyo-e artists’ ability to relate to their subject matter not only decoratively but with such feeling that appealed so strongly to painters, none more than Van Gogh. He longed for an unsophisticated art which would appeal to people from all walks of life, perhaps the closest ideal to that of the Japanese Ukiyo-e artists. ‘I envy the Japanese, the extreme clearness which everything has in their work. It is never wearisome and never seems to be done too hurriedly. Their work is as simple as breathing, and they do a figure in a few strokes with the same ease as if it were as simple as buttoning your waistcoat,’ he wrote from Arles in 1888.