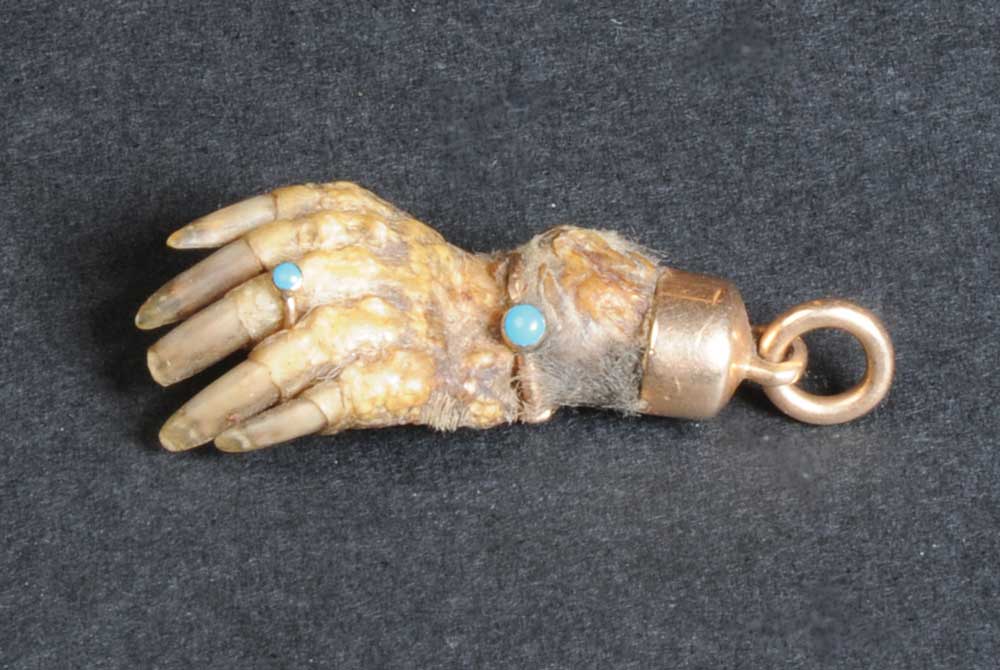 David Lay hunts for high-value treasures in Cornwall’s attics, and finds unexpected items from wonderful Victorian paintings to gruesome artifacts. It is all in a day’s work in his small but busy auction house.

This is the place to go when your recent household clean-up yielded more unwanted items than you bargained for. Here you can sell your books, stamps, and indeed your old coin collection. Who knows, maybe you’ll make a fortune. One collector sold his 1937 four coin gold proof set of £5 to ½ sovereign in their original case, for £3,800. Then again, another coin collection containing various coins of the world sold for £2. You can’t always have it all in rural Cornwall.

Day to day business at Lays Auctions is a relaxed affair. No big surprises, no world-records, no sensational headlines. And yet, auctioneer David Lay still has his fair share of extraordinary stories to tell: ‘We have a saleroom in the middle of a nice landscape garden, and some years ago I conducted a sale during a gale, and a fir tree crashed through the roof while the sale was going. That was certainly the most alarming thing that ever happened. I wanted to carry on the sale but there was too much chaos going on. And there was a lovely smell of pine needles.’

In many respects, Lays Auctions is an old-fashioned auction house. On a regular auction day for general effects, the auction house will be full of a myriad of household items. David Lay says: ‘At these big household sales we have everything from fridges to ladders. These sales are fairly relaxed; items don’t have reserves and we don’t have any sort of pressure. The day consists of lively banter and quick selling. An art sale is different. Pictures might be worth £20,000-30,000 with reserves, and we have bidders on the phone and live internet bidding. All this is coordinated by my very capable staff, and I am one of three auctioneers.’

Like so many art auction houses these days, this one is going strong. ‘Business is going really well. The last couple of years have actually been my best years. We have been lucky as we found good estates with high-value items and have thus remained a successful auction house. It always depends on getting high-value items. It’s not so difficult to get low-value items.’

How does he find these high-value items? Having been in the business for 32 years, David Lay has garnered a fine reputation. Constant innovation is the key, and going out to persuade people to bring in the goods is a big part of the job: ‘I do spend much of my time calling on people and looking at items they are selling. I can go for days without seeing anything of value, but the people are always incredibly nice. Often I call on people who have been bereaved recently or they are moving into an old peoples’ home. It’s quite a privilege meeting these people.’

What these people discover in their attics does not bear any surprises to David Lay anymore: ‘We’ve sold coffins,’ he says, when asked how bizarre a household sale can get. It makes one think how such a—presumably used—item could come into the possession of a seller, or indeed, who would be interested in buying it.

Another astonishing find was a most bizarre item David Lay came across when cataloguing jewellery for an Antique Sale: ‘The item looked like a miniature shrivelled hand,’ David Lay says with a hint of revulsion in his voice. ‘A macabre fob in the form of a naturalistic, gold mounted, wizened hand wearing a turquoise set bracelet and a turquoise set ring. We believe it to be a mole’s claw. You look at it and shudder.’

But it is not always odds and ends; every so often there are some gems among the clutter. In 2013, a lock of hair from the head of Napoleon Bonaparte himself was sold at auction for £4,000. The lock in a figure of eight is set among gold and silver foliage beneath glass. It is framed in a brooch with a line of pearls and black enamel with an ‘N’ at the centre. The back is engraved: ‘Napoleon Bonaparte lock of his hair, given to Mrs Riley, Major Poppleton 27 July 1821’. Captain William Thomas Poppleton of the 53rd Regiment acted as the Emperor’s orderly—they were almost in daily contact. Poppleton was an important link between Bonaparte and the British Authorities.

David Lay says: ‘He was given a lock of hair and a gold snuff box. This lock is thought to have been divided into three, one was given to an Uncle, Colonel O’Hara, the second stayed with his family and was given to his regimental museum and the present lock was given to Mrs Riley, about whom we have been able to find nothing. Included with the lock is a document which we believe contained the lock when it was given to Mrs Riley. It is addressed to her with much gratitude and it is signed and dated July 27, 1821.’ The brooch formed part of an important collection of Napoleonic material, most of which was dispersed by auction in the 1980’s.

Another success story is that of a previously undiscovered version of Love & Life by George Frederick Watts (1817-1904), probably the most famous image of this great Victorian painter. It sold at the Fine Art Sale in July 2013 for £5,200. David Lay says: ‘Love & Life was one of the most famous of all Watts’s images during his lifetime and he considered it “my best composition”. He wrote at length on the painting, and produced several versions for which this is a fine watercolour study.’ The largest version hangs in Tate Britain, others in the Musée d’Orsay, the Walker Art Gallery, Liverpool and the Watts Gallery, Compton.

Read about the auction of Marie Antoinette’s shoe and artioli