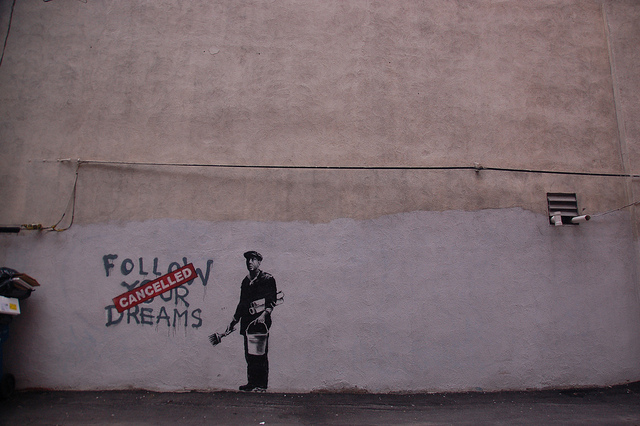 Does an artist really have to die before their work gains fame?

Leonardo Da Vinci was famous in his lifetime—a rare feat achieved by few other artists. He was skilled not only in painting and drawing, but also as a scientist, mathematician and inventor. He had a good start on his path to fame when, at 14, he was apprenticed to one of the best painters of the time, Andrea del Verrocchio.

As a fully-fledged artist, Da Vinci was commissioned by nobility and clergymen to paint; his success is often attributed to this. The Last Supper (1498) and Virgin of the Rocks (1483) were both religious commissions. In 1482, he was also employed by Lorenzo di Medici, the ruler of Florence, to make a silver lyre for the Duke of Milan as a peace offering.

People celebrated his genius both during his life and after his death. He was one of the first to start dissecting human bodies. The Mona Lisa is undeniably one of the most famous paintings in the world today, and Dan Brown’s incredibly popular 2003 novel, The Da Vinci Code propelled the artist into popular culture.

Michaelangelo is another rare artist who gained fame during his lifetime. The same Lorenzo di Medici also played a part in helping Michelangelo gain fame.

His most famous work, the ceiling of the Sistine Chapel, took four years to complete. He became so popular during in his lifetime that he had two biographies written about him before he died.

What about artists who weren’t as fortunate to gain fame before they died? Vincent Van Gogh is probably the most well known for being a struggling artist. Some will say that it’s his innovative command of colour and shape that makes him so well known today, others will say his mental illness overshadows that. Referred to as the ‘mad artist’, a lot of people know him for cutting off his own ear.

Van Gogh became famous very soon after his death with memorial exhibitions held in Brussels, Paris, The Hague and Antwerp. His work was brought to public attention by critic Albert Aurier who in 1890 published an article praising the intensity of Van Gogh’s artistic vision. His fame reached its peak in the early 20th century when his letters were published, leading the public to a curiosity surrounding the mystique of the troubled genius. Additionally, Irving Stone wrote a biographical novel about the artist that started Van Gogh’s fame in America. His work went on to inspire and influence many other artists.

Like Van Gogh, Monet was underappreciated in his lifetime. Many people didn’t understand or like his unique style, and many of his works were rejected for deviating from tradition.

Picasso is one of the biggest names in art, and his work has broken the record price for art sold at auction multiple times. He studied under his father, a fine art teacher, and slowly began to gain fame for his work over time. He became involved in the art community, but didn’t really start making a profit until 1905 when he caught the attention of collector Gertrude Stein. He continued to grow in fame because of his ever-changing artistic development, from realism to cubism to surrealism, and is now known as an artistic trailblazer.

What about famous artists who are still alive today? Perhaps the most interesting of them all is Banksy, an artist who managed to gain fame and sell for millions without even revealing his identity.

Banksy has been working since the 1990s using graffiti to illustrate anti-establishment and anti-capitalist messages. Due to the very public setting of the work, Banksy’s pieces gain attention very quickly. This, combined with the elusivity of the artist, makes each one quickly gain worth. A number of celebrities have bought Banksy’s work, and there have been many disputes about who owns a piece of artwork when it shows up on their property.

How do artists become famous?

It’s safe to say that the most famous artists are the great innovators. Their ideas may be appreciated in their time or they may not; their rise to fame may be slow or explosive. There’s no definitive way to find fame as an artist—though it seems to be a combination of skill, imagination, cultural readiness and a little bit of luck.