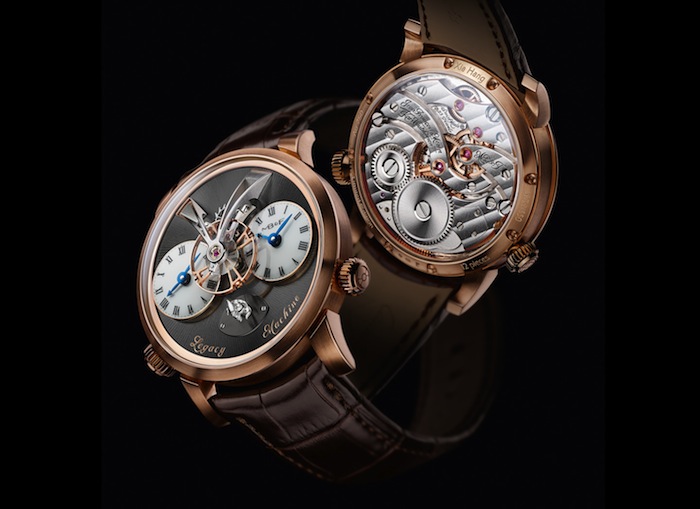 Over thousands of years, horology has developed from a primal undertaking into an artisanal craft. Read about the history of horology and how—over the course of time—it has become a unique art form.

Time is the only constant. Over the course of history, humankind has always been absorbed by it. The passing of time denotes change. And change, like time, is inevitable.

The hourglass, one of the earliest timekeeping devices, is the very symbol of the concept of time. The sand running through its glass bulbs serves as a stark reminder of the transience of existence. For this reason, it is an object of fascination to many.

Devices have been used for thousands of years to measure the passing of time. And, as civilisation continues to evolve and progress, so does the way we observe and keep time.

The origins of horology

From primitive sundials to state-of-the-art satellite technology used in smartphones to tell the time today, over the centuries the human race has become steadily more adept at timekeeping.

Horology—the study of the measurement of time—dates back to 1450 BC when the Ancient Egyptians first observed the earth’s natural circadian rhythms. They divided the day into two 12-hour periods and used large obelisks to track the sun’s movement.

The Egyptians also developed water clocks, which were first used in the Precinct of Amun-Re, as well as by the ancient Greeks, who called them clepsydrae.

See also: Fine Antique Clocks for Sale in Howard Walwyn Exhibition ‘At The Sign of the Dial’

Other ancient timekeeping devices include the candle clock, used in ancient China, ancient Japan, England and Mesopotamia; the timestick, widely used in India and Tibet; and the hourglass, which had a similar function to the water clock. The sundial, another early clock, relies on shadows to provide an estimate of the hour on a sunny day.

Mayan civilisations, in the Yucatan peninsula of Mexico, used huge stone constructions and pyramids—such as the renowned Chichen Itza—to plot the equinox and solstice. On the day of the spring and autumn equinox, thousands gather to watch a snake descend Chichen Itza, which was designed to function as a calendar.

The first mechanical clocks were invented in Europe at the start of the 14th century and became the standard timekeeping device until the pendulum clock came about in 1656.

The pendulum clock remained the most accurate timekeeper until the 1930s when quartz oscillators were invented—followed by atomic clocks after World War II. Atomic clocks are far more accurate than any previous timekeeping device and are used to calibrate other clocks today.

Time has long been a source of inspiration for writers, philosophers and artists. From the ancient phrase, ‘Time and tide wait for no man’—whose origin is unknown—to Macbeth’s aside in the Shakespeare’s celebrated play, ‘Let every man be master of his time’, the notion of time has always permeated the human imagination.

It is unsurprising, therefore, that watchmaking and horology have become art forms themselves. As those with an interest in timekeeping strive for ever-more elegant ways of pursuing their passion, horologists must keep pace.

Grandfather clocks are symbols of status and wealth, as are luxury Swiss-made timepieces. The care and attention to detail that goes into their craft make them truly coveted collectables. But antique clocks are now rivalled by their modern counterparts.

Fast-forward to the 21st century and horological boundaries are being pushed.

In today’s watchmaking climate, it pays to be different. To stand out from the crowd, designs are becoming increasingly diverse and complex.

Fortune favours the brave. And, when it comes to horology as art, those who innovate reap the rewards.

Some of the designs to come out of MB&F are truly stunning and pioneering. Those who collect these items dare to be different. Unique and rare, MB&F’s timekeeping devices are referred to as horological machines—not mere watches—becuause their engineering quality is unparalleled.

The MB&F project reminds us that horology can be a wonderfully artistic exercise. Dare to be different and invest in a horological machine, today.

Find out more at, https://www.mbandf.com/en

Refurbishing an apartment in a Grade II listed building